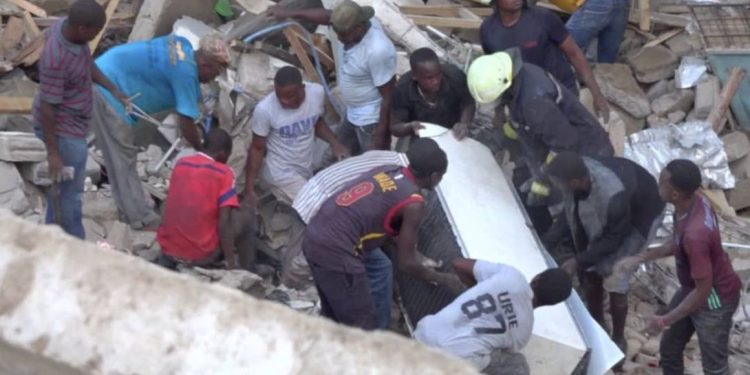 At least four people have died and 17 others injured after a building under construction collapsed in Goba in the outskirts Dar es Salaam on Monday.

The injured have been taken to hospital for medical treatment.

Ubungo District Commissioner Kheri James said the building caused damage to houses that were close to it.

He said the search and rescue teams are going through the rubble looking for survivors.

“The Fire and Rescue force and other security organs are at the scene continuing to search for more survivors,” he said.

Mr James said all the injured have been taken to hospitals to receive medical treatment.

Covid: Vaccines should work against Omicron variant, WHO says