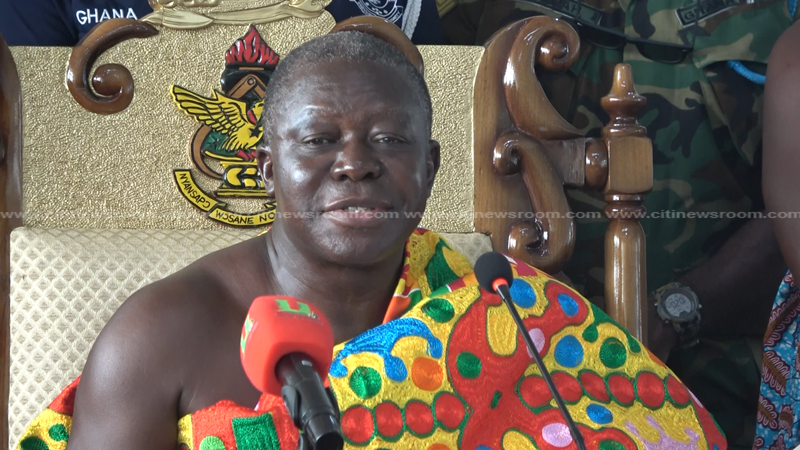 The Asantehene Otumfuo Osei Tutu II says the Lands Act 2020, which is being introduced to address issues concerning the sale of lands by traditional leaders, cannot be fully applicable in the Ashanti Region.

He has thus asked the Ministry of Lands and Natural Resources and other relevant stakeholders to review portions of the Act.

Reacting to the explanations given, the Asantehene noted that the laws differ in various traditional areas and as such the law will not be applicable in the Ashanti Region.

“Even though the laws are made for everyone, here in the Asante kingdom, we also have our laws. Chiefs cannot be forced to account to anybody.”

“If they do, it belittles our chieftaincy,” the Asantehene said.

The Act gives room for residents to take their chiefs to court for them to provide accountability to the people on the sale of lands.

In a bid to help chiefs understand the components of the new Land Act, the Minister for Lands and Natural Resources, Samuel Abdulai Jinapor joined the last general meeting of the Ashanti Regional House of Chiefs where officials explained the details to them.

First, the Act holds that chiefs, tendanas, clan heads, family heads, or any authority in charge of the management of stool or skin, clan or family lands are accountable as fiduciaries.

As fiduciaries, they are expected to be transparent, open, fair, and impartial in making decisions that affect the lands they manage.

They are also subject to disciplinary sanctions if they fail to comply with their fiduciary duties.

A chief in charge of the management of stool, clan or family land who fails to be transparent, fair, open and impartial in matters affecting land under his management could face a fine of not less than 5,000 penalty units or GH¢60,000 and not more than 10,000 penalty units or GH¢120,000 or to a term of imprisonment of not less than five years and not more than 10 years or both.