Since his assumption of office in January 2017, the Akufo-Addo government has undertaken several programmes and activities and conceived a number of policies.

While some of these policies and programmes have seen the light of day, the government has had to suspend some of them, often due to pressure and agitation from civil society organisations and the general public.

There are a number of such initiatives that have been suspended for various reasons within the period under review. While some have been shelved and never to be revisited, others are being reviewed for re-submission in Parliament for another round of consideration.

So far, 11 of these programmes and policies may not see the light of day again.

Data compiled by citinewsroom.com show that, majority of these U-turns occurred in 2019.

See the infographic below for details: 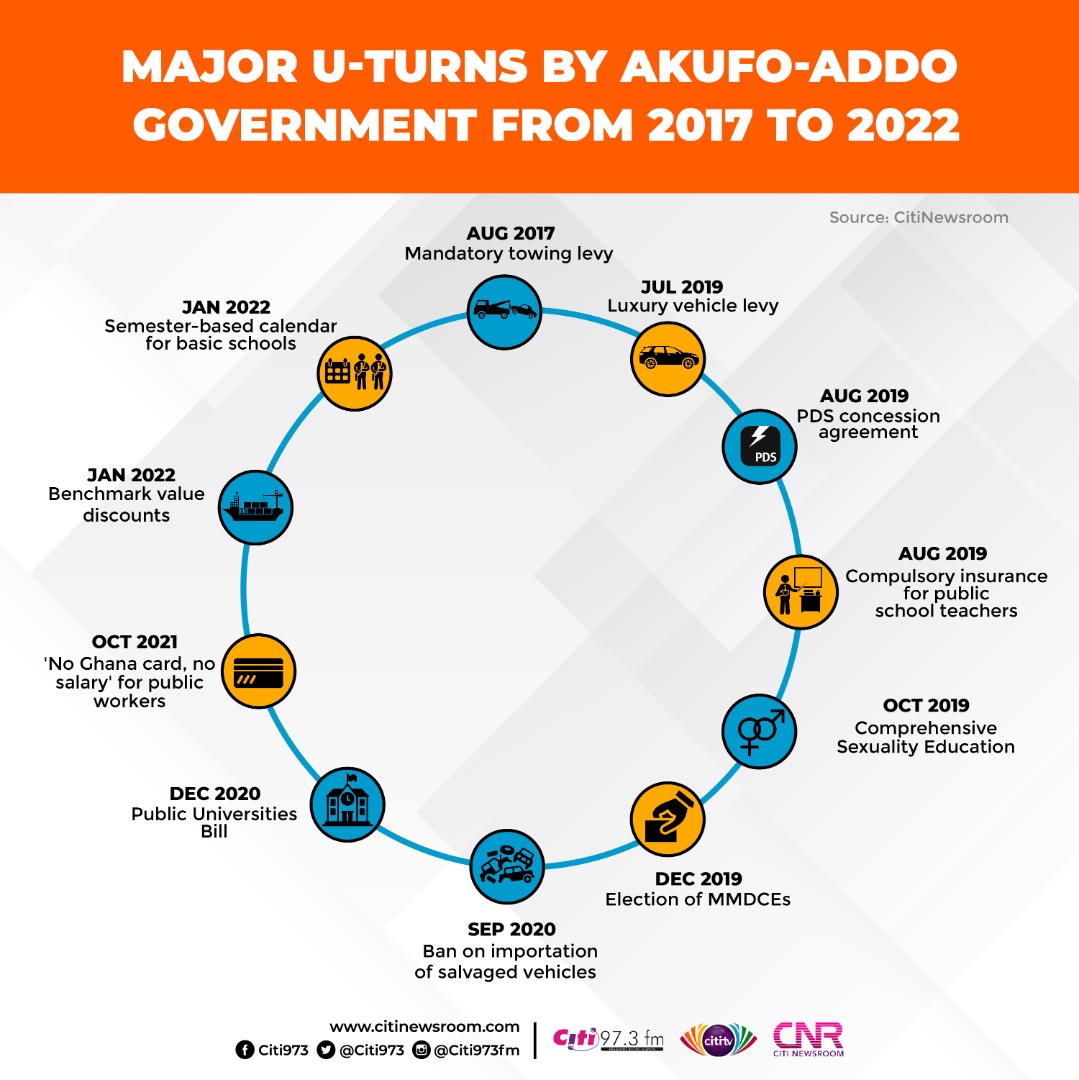