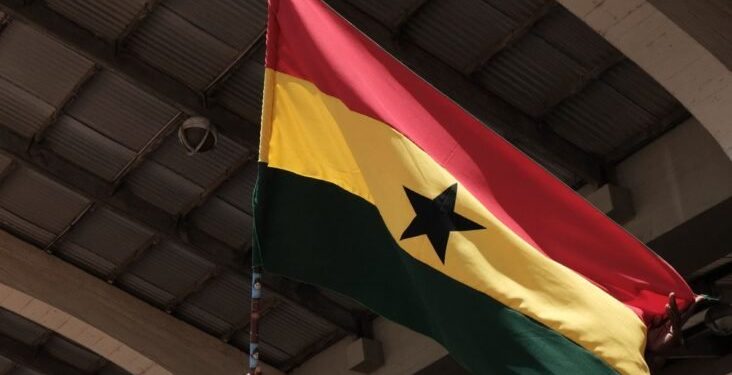 Who else misses those days? The days where, when the Black Stars are playing, every other thing comes to a standstill. School children would close early from school in keen anticipation to see their heroes’ line-up for their country. During these times, one would get butterflies in their stomach pre-match, especially when Ghana is playing a very big footballing nation, say Brazil.

Having felt it a lot of times myself, I will tell you that those pre-match nerves are not a good thing, trust me. However, it amongst others, signaled the love and adoration Ghanaians had for their Black Stars. When they eventually go on and win, it’s party time nationwide. The streets would be filled with joyous celebrants. Partying wild like there’s no tomorrow, irrespective of one’s age group or class.  You’d either be seen in the number on the streets or be a member of those lot who would make noise from inside of their homes brimming with joy and pride inside.

This was the Black Stars at their peak. Today, rather than unite us, their exploits tend to divide us more than anything. With every passing game, the apathy from Ghanaians keep growing. Don’t ask me, why? For I know you know why, even more than I do. Of course it’s as a result of their poor showings anytime they step onto the pitch, just in case you still wanted to know why.

This is why when they were sent packing from the AFCON by minnows Comoros, no one really batted an eye. To put that defeat into perspective, Comoros has a population of just 869 595 representing a paltry 2.8% of the total Ghanaian population. They were playing in their first ever AFCON and had only become a member of FIFA as recently as 2005. Hence, for a country like Ghana with all its rich footballing history and standing in the world of football to lose to Comoros tells you how bad the problem is. I say this with all due respect to Comoros and don’t let the score line deceive you. They were by far the better side and absolutely deserved their victory.

It’s rather unfortunate that the Ayew’s received some stick during the tournament for their performance, Jordan in particular. I say it’s unfortunate because none of the players who represented us played particularly well. There were however a few shouts for Daniel Kofi Kyereh’s performance in our final game., who went agonizingly close to scoring twice in the second-half with two set piece chances. As for the senior of the Ayew’s, Andre.

His only problem in my opinion was that he always seemed to be trying too hard. It is not a good thing for a person to constantly want to impress. Who knows, maybe that might be the reason he opted to rather dribble his way to goal when squaring the ball to his mate who was through on goal looked the better option, in the Gabon game.

The Ayew’s have been a blessing to our National team. Talks of them holding the team back is far-fetched. Andre and Jordan have been responsible for 9 of our last 13 goals scored in the AFCON. With his strike against Gabon, Andre moved past legendary Asamoah Gyan as our all-time top scorer in the tournament.

That is quite some feat, considering all the backlash. However, the fact remains that one man cannot do it all and it’s high time Andre realizes that and plays only to the best of his capability.

“We don’t have the same team like 2010. Not enough time for preparations. We don’t have a player like Asamoah Gyan.” Says Milovan Rajevac after yet another disappointing showing against Gabon. How a coach will go to a presser and belittle the quality and ability of his own team is well and truly beyond me. Just imagine yourself at work and you one day find out that your boss thinks of your efforts as very poor and that your abilities are inferior as compared to some employees he had in the past. How will that make you feel?

How about ‘we did not have enough time to prepare’ – and full stop. That would have been more like it because that is a fact no one can disagree on. But to go on and make lame excuses like he did, was very much uncalled for. As for the issues surrounding his language barrier, the man himself says he is fine and that the players understand him perfectly well. Well what can I say, who I’m I to disagree?

Honestly I believe he is not our problem. Our issues are much bigger than they appear. How many coaches have come before him and what was their impact? When will the cycle of changing coaches anytime there is a problem end, and in Milo’s case recycling of coaches’.

You can as well throw Kwesi Appiah in that bracket too. Sacking him now will just paper over the cracks and everyone will go back quite until our next disappointment.

The Ghana Football Association and the Sports Ministry needs to take full responsibility for all of this. They cannot be allowed to continue to hide behind their thick political veil. At this point, that veil needs to be pierced and their glaring failure shown to the rest of the world. I honestly trust Ghanaians to perform that task perfectly well. The only problem is they will go quiet after a few days and people in authority will go back to shirking their responsibilities.

This brings me to my main worry. The apathy of Ghanaians in the Black Stars. No one seems to care anymore. I am not ashamed to say that I am a part of those who do not bother too much about the exploits of the National team. Just like me, many Ghanaians have had their heart broken so many times, they just don’t care anymore. That spells trouble for our football, because, the way things are going this is only going to get worse.

I mean, the boys scored twice against Comoros and I did not hear a single shout of GOAL! in my neighborhood. I was shocked but at the same time not surprised.

From now on, on our airwaves and on the streets, the calls to dissolve the Black Stars and form a new core will be woke again. Even though I’ve always been against that notion, as I believe that might not be a sustainable move, performances like the one we witnessed in Cameroon makes it hard for me not to have a change of mind.

Amidst hitting rock-bottom and all the surrounding chaos right now, there is the need to find some positives no matter how hard that might be, just so we can cling on. The main one for me has to do with the new pool of young talents we have at our disposal. Players like Abdul Fatahu Issahaku, Mohammed Kudus, Felix Afenya-Gyan, Kamaldeen Sulemana among others are that shining light we should be looking forward to at the end of the tunnel. It was particularly sad that Mohammed Kudus was not able to join the side.

Even more so that Issahaku was used sparingly during the tournament. When he was finally given the nod, he took his chance well and did not disappoint. That young boy’s talent is undisputable and it’s only a matter of time before his name echoes around the world.

As for Milo, well, the least said about his recent post match rants, the better. I have said earlier that giving him the sack won’t solve our woes. However, it is important to mention that some of his decision making during the tournament left so much to be desired. Particularly, his penchant for late substitutions.

Like the joke doing the rounds on social media, maybe this our ‘Milo’ has actually expired, and it might not be out of place if axing him is considered as part of the major overhaul we need.

With the news that each player was set to pocket $30,000 and $60,000 for the coach if they won against Comoros, many actually were quite happy that they did not get the win. At least all that money gets to stay in State coffers. No single player deserved to take home that huge sum. That would have amounted to stealing a living at the expense of the poor tax payer.

Finally, let no one place all the blame on the lads. Majority of it should be channeled at the direction of those at the top. The imposition of players on coaches must end now. Recruitment of players for the National team should be solely based on merit and nothing else. That way, we will begin to take some positive strides. Very simple yet so difficult for these so-called leaders to follow.

Will we ever go back to the days of running down the streets celebrating the Black Stars? Will everything be alright one day? Well, my heart tells me Yes. But my mind keeps saying to me, ‘don’t be an idiot.’ On that rather sad note, it is only fair to say that I hope my heart is right.

The writer is Mohammed Amanallah Tahiru, a freelance journalist. amana.tahiru10@gmail.com / 0577303684