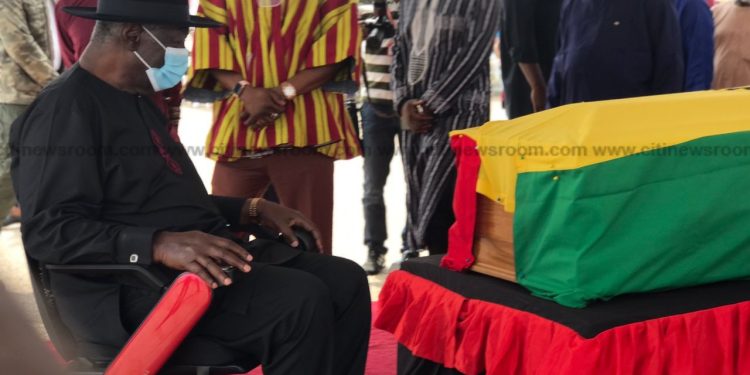 Many dignitaries including former president John Agyekum Kufuor were present at the Independence Square on Saturday, April 9, 2022, to pay their last respects to the late Hajia Ramatu Aliu Mahama, a former Second Lady of Ghana. 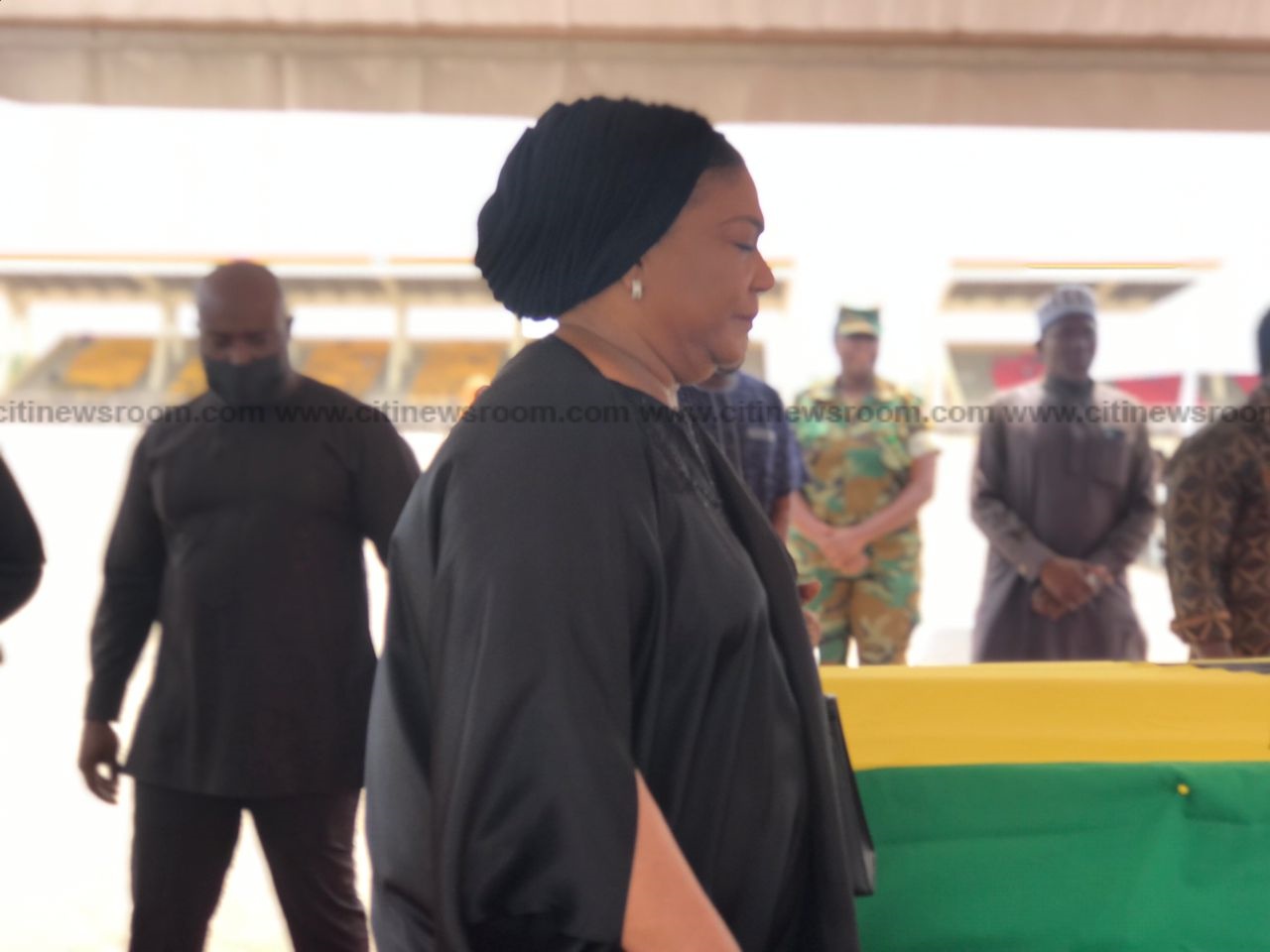 Hajia Ramatu Aliu Mahama was the wife of the late Alhaji Aliu Mahama who served as Vice President during the Kufuor administration from the year 2000 to 2008. 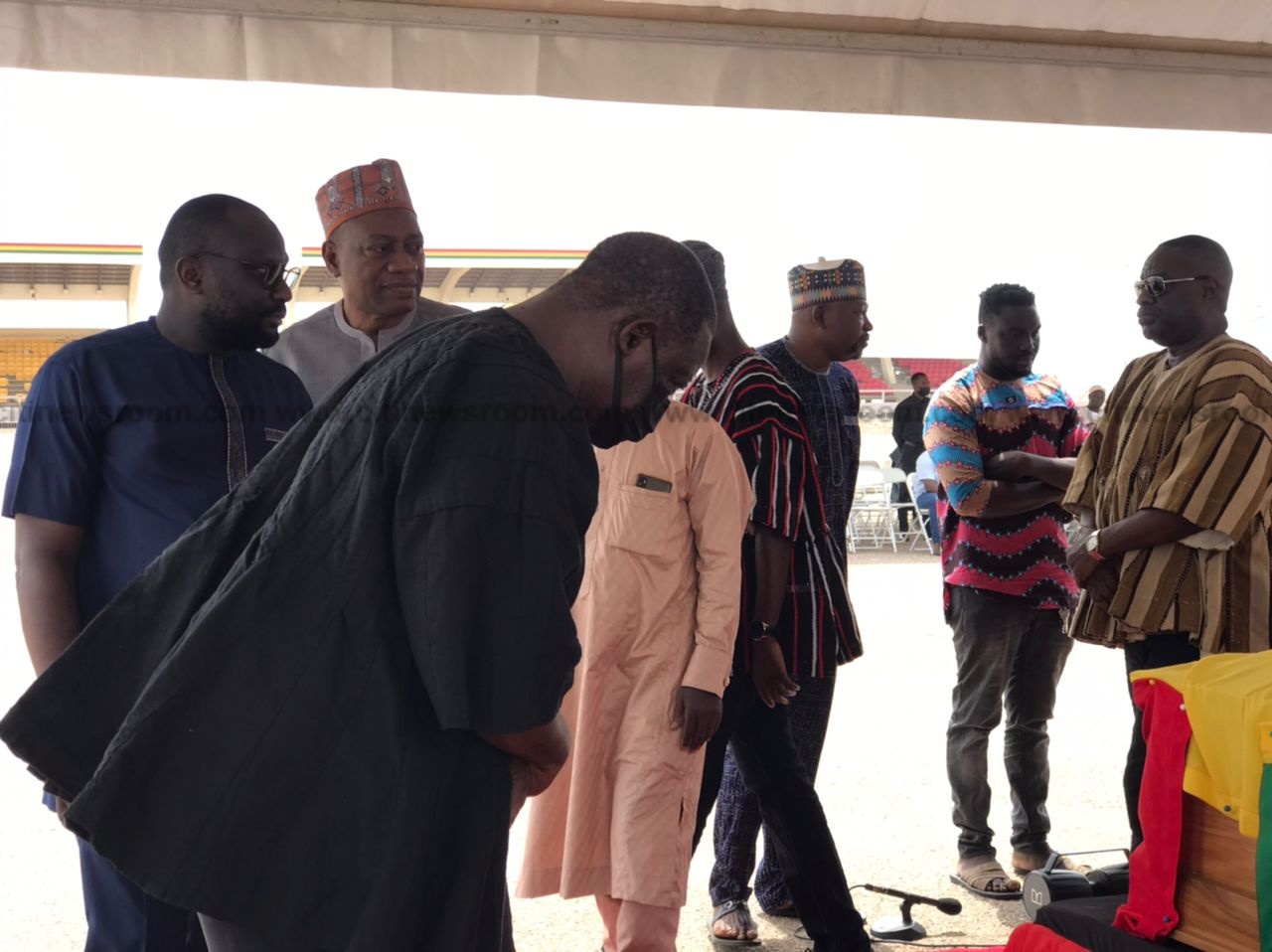 Other family, friends, and sympathizers also had the opportunity to file past the remains laid in state. 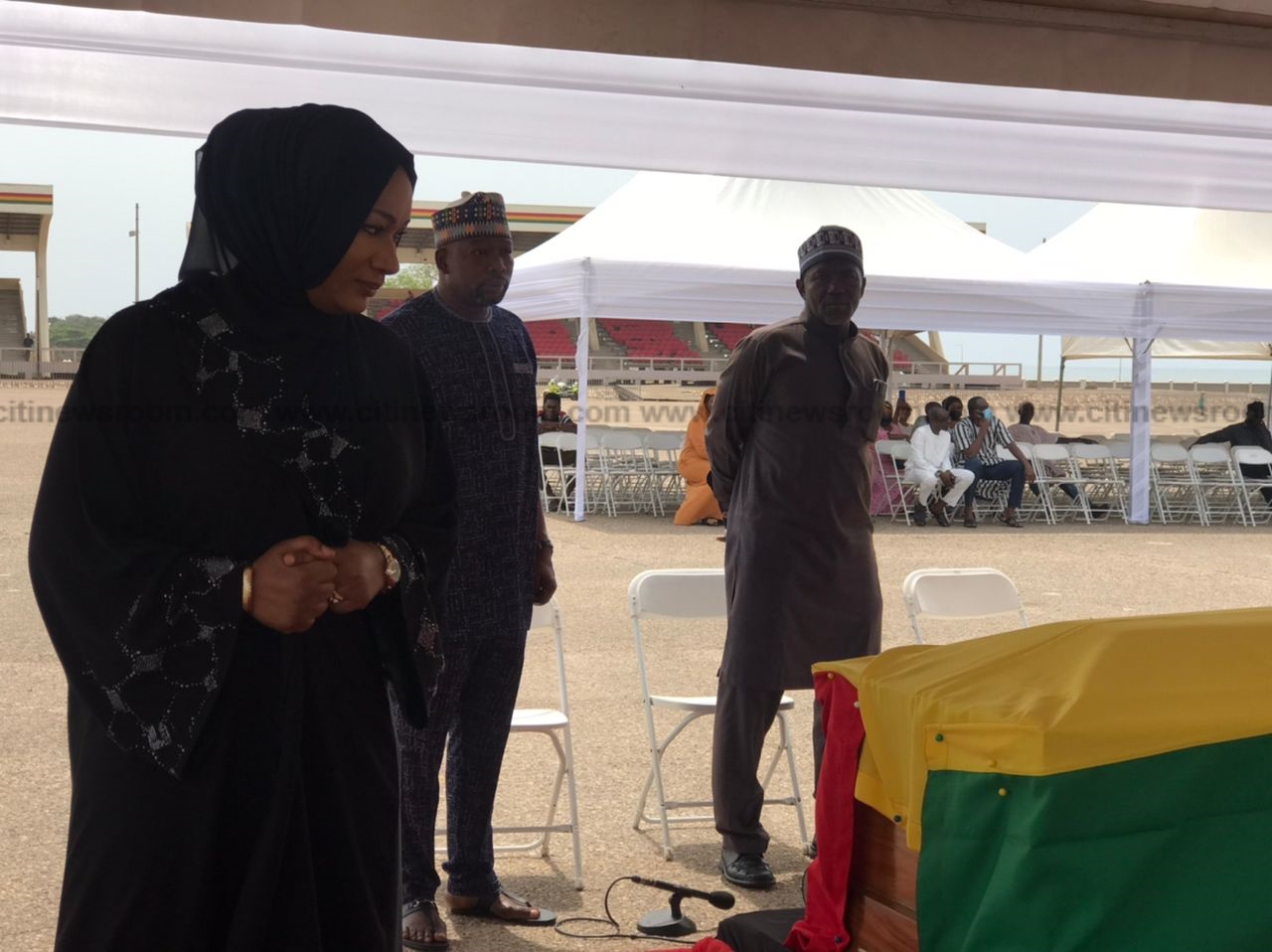 The remains of the late second lady will be conveyed to Tamale in the Northern Region for burial after the ceremony in Accra. 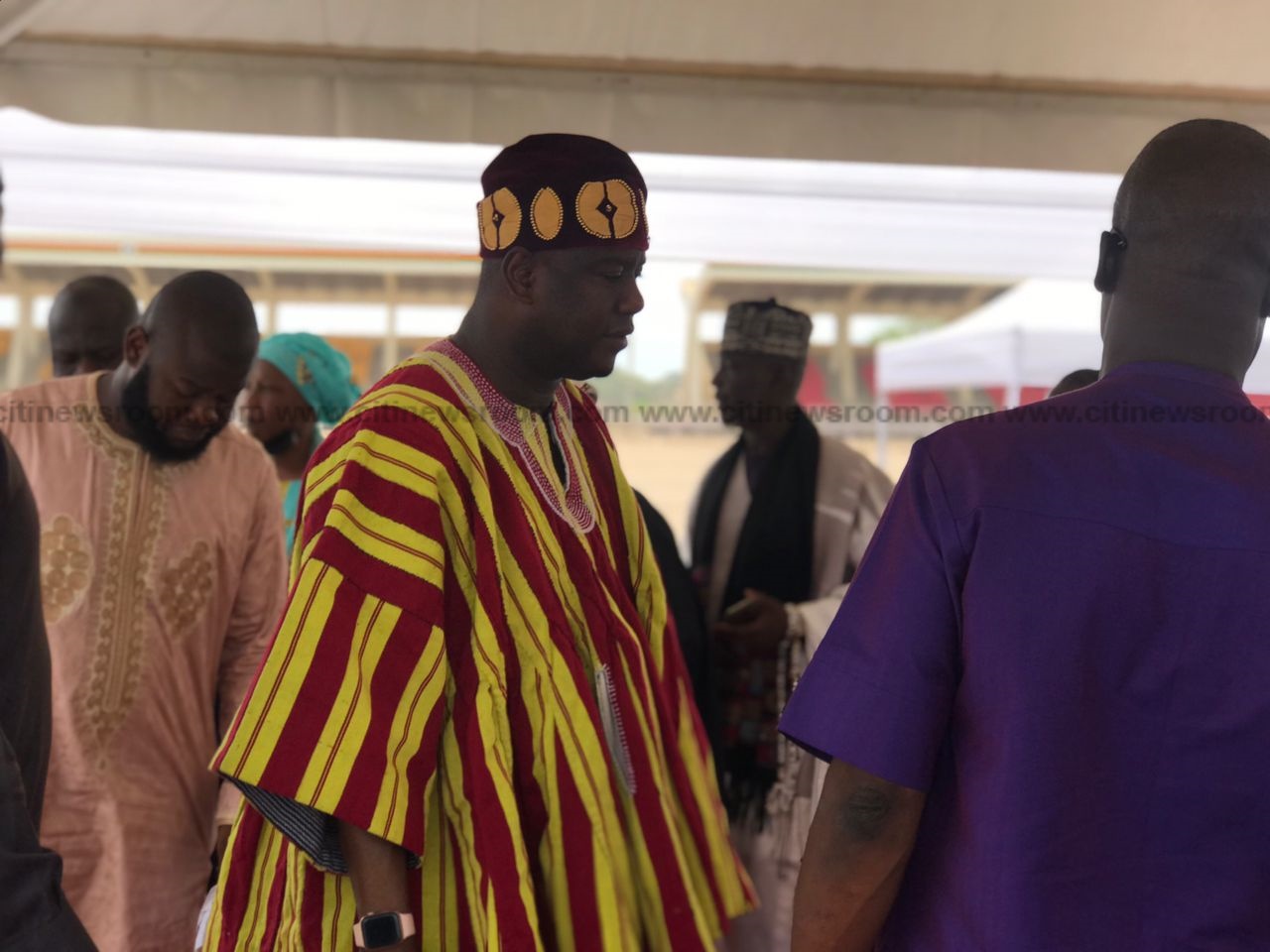 The late Hajia Ramatu Aliu Mahama passed on earlier this week in Accra. 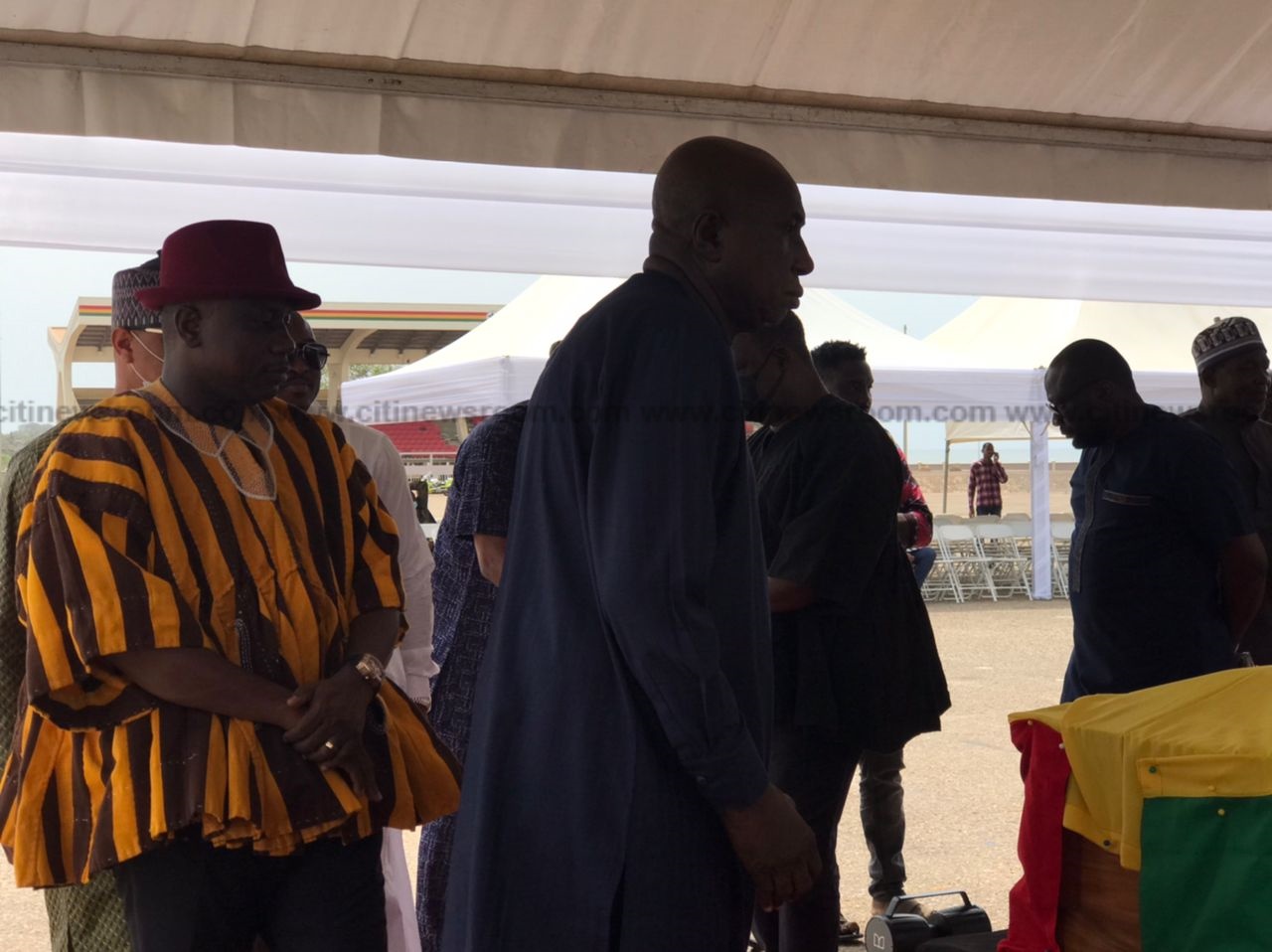 Her death came 10 years after her husband, Aljahi Aliu Mahama, passed on. Alhaji Aliu Mahama died on November 16, 2012, aged 66, from a heart-related complication. 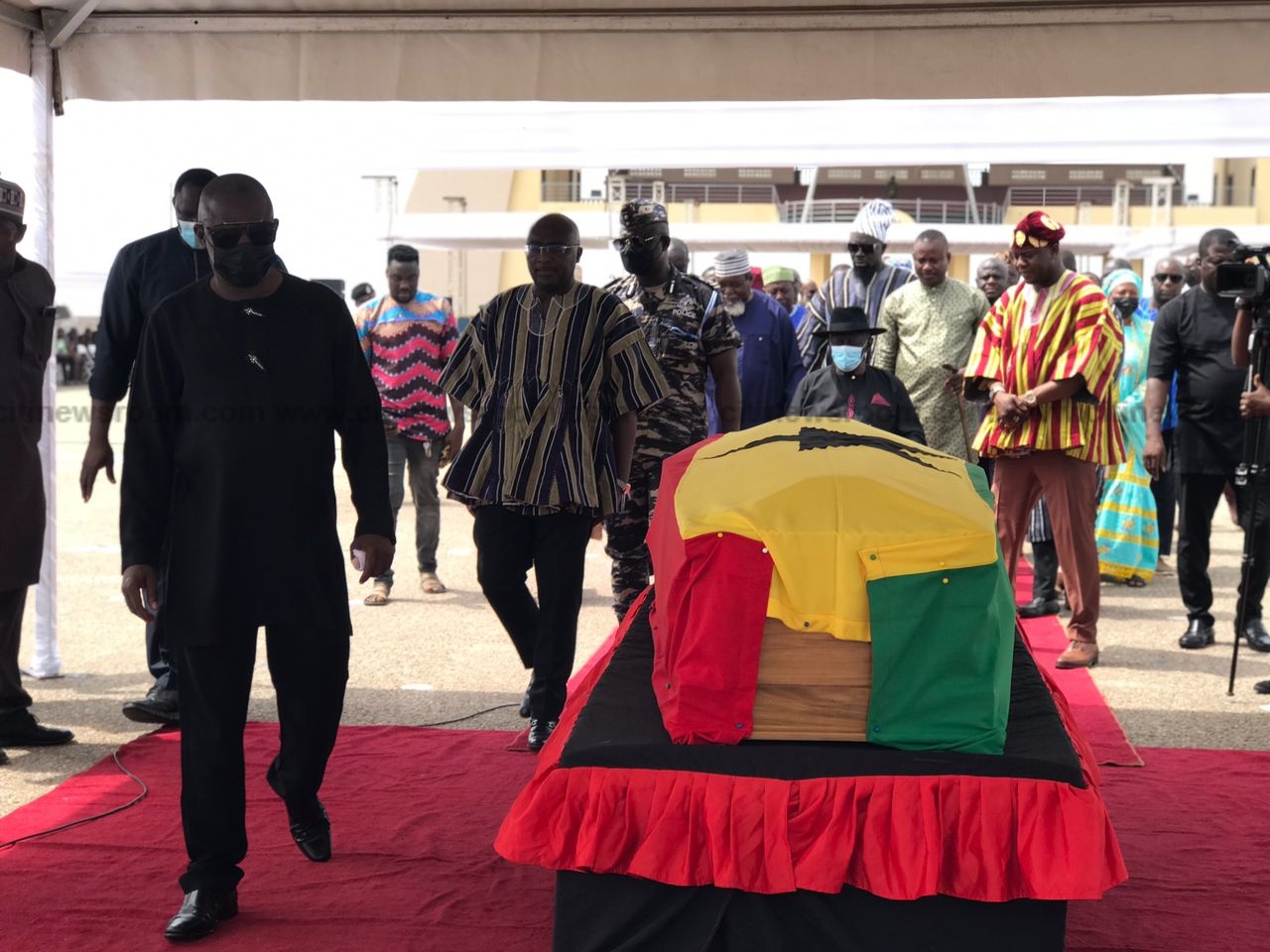 Her son, Farouk Mahama, who is the Member of Parliament for Yendi constituency said the family will exemplify his mother’s commitment to ensuring unity.

“My mom was a prayerful person, kindhearted and loved all of us. We will miss her dearly. There is a significance that we should learn from her death by loving one another and we the children are committed to that…. After airlifting her to Tamale, she will lie next to my late father,” he said. 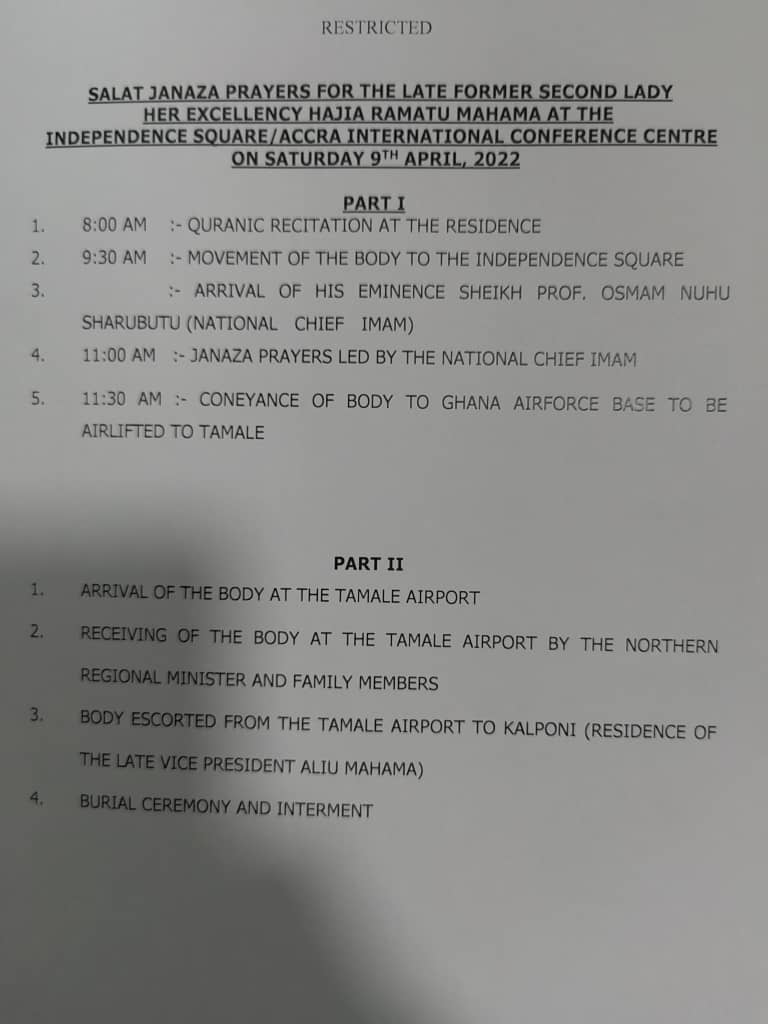