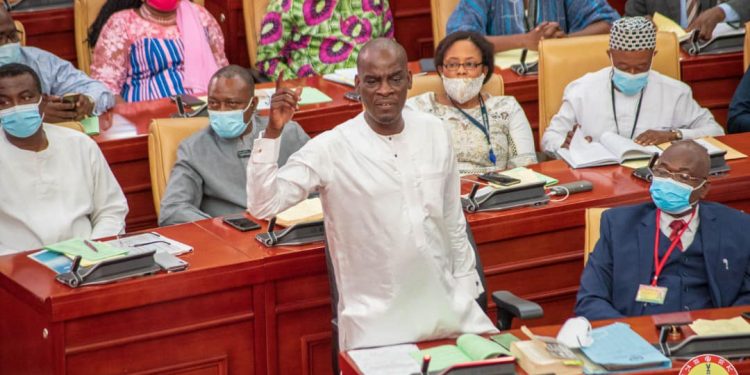 The Minority in Parliament has filed an injunction application at the Supreme Court in Accra against the implementation of the controversial electronic transfer levy, popularly known as E-levy, pending a determination of its substantive case currently before the apex court.

The court has, however, scheduled the hearing of the case for May 4, 2022, three days after the planned date for the implementation of the levy.

The Member of Parliament for North Tongu, Samuel Okudzeto Ablakwa, announced via his Facebook page that the application was successfully filed on Tuesday, April 19, 2022.

“We have today [Tuesday] successfully filed an application at the Supreme Court to injunct the implementation of the obnoxious E-levy pending the determination of our substantive case,” he said.

Parliament passed the bill on Tuesday, March 29, 2022, in the absence of the Minority MPs, who had walked out before the Bill was considered at the second reading stage.

The levy, which was amended from 1.75 percent to 1.5 percent on Tuesday, March 29, 2022, will be a tax on electronic transactions, which includes mobile-money payments.

The levy has been the source of tension in Parliament since it was introduced in the 2022 budget.

The tensions culminated in a scuffle between lawmakers in Parliament in December 2021.

The government has, however, argued the levy would widen the tax net and that could raise an extra GH¢6.9 billion in 2022.

There are also concerns that the government may securitize proceeds from the e-levy to raise extra revenue.

Three Minority Members of Parliament sued the Attorney General and Minister of Justice over the E-levy approved by Parliament on Tuesday, March 29, 2022.

The plaintiffs argue that Parliament did not have the right numbers to form a quorum for the passage of the E-levy Bill into law, thus, asking the apex court to declare the approval as a nullity.

They are among other reliefs seeking a further declaration that “the purported vote by the 136 Members of Parliament on each clause of the Electronic Transfer Bill, 2021 is in contravention of Article 104(1) and therefore null, void and of no effect whatsoever”.

“An order of the Honourable Court setting aside the purported passage of the Electronic Transfer Levy Bill, 2021, by the 136 Members of Parliament of the Majority Caucus present in the Chamber of Parliament on the 29th March 2022 as being unconstitutional, null and void”.