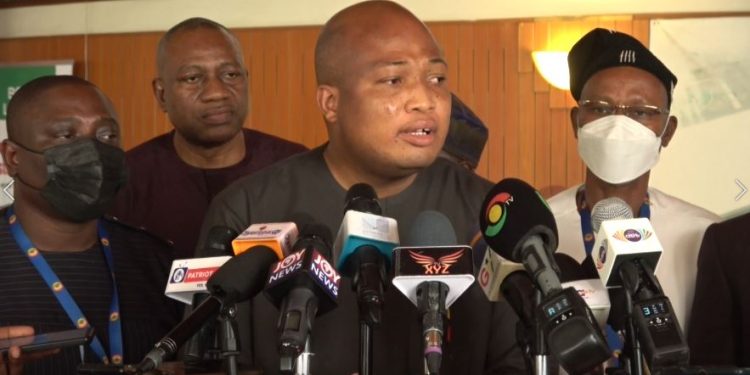 The Minority in Parliament has filed three urgent questions to compel the Minister for Finance to provide details on how much the state has spent on the National Cathedral Project.

The action follows the circulation of a letter indicating the release of an additional GH¢25 million from national coffers for the project as additional seed money.

“The first urgent question is about the amount of taxpayers’ funds released for the National Cathedral project thus far. The second urgent question is to ask the Minister responsible for Finance, how much of taxpayer funds have been used to pay Adjaye and Associates and other consultants working on the National Cathedral project.”

“The third urgent question which stands in the name of Kwame Agbodza relates to the procurement processes because we have done our checks, and we are not convinced that the procurement law has been complied with”, he said.

Samuel Okudzeto Ablakwa had alleged that President Akufo-Addo ordered the release of the said amount.

He claims the decision is insensitive to the plight of ordinary Ghanaians in the face of current economic difficulties.

In a post, he said: “The direction of this country is now in a precarious state that we can no longer keep quiet and accept all of this wanton dissipation of scarce resources to continue”.