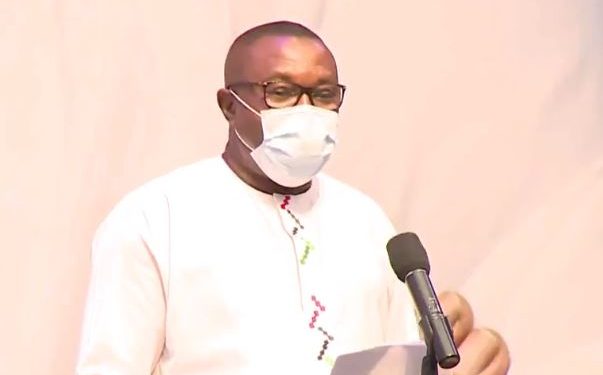 The National Chairman of the National Democratic Congress (NDC), Samuel Ofosu Ampofo has highlighted the achievements the opposition party chalked in power.

“We have brought unprecedented development to this country. We have performed better in office than our opponents, who have used propaganda to throw dust in the eyes of Ghanaians. The NDC built all the regional hospitals in our country.”

“All polytechnics were put in place by the NDC and we upgraded them into technical universities. Apart from existing three public universities, all other public tertiary institutions are credited to the NDC.”

He pointed out that the party is currently repositioning itself to win the next general election to consolidate its previous gains.

The General Secretary of the National Democratic Congress, Johnson Aseidu Nketiah also indicated that the party is committed to rescuing Ghanaians from the NPP’s poor governance in 2024.

The NDC General Secretary said the governing party has proven not to care about Ghanaians.

Mr. Nketiah said the present situation is indicative of how badly the governing party has performed.

He expressed the NDC’s commitment to “rescuing Ghanaians from NPP’s bad leadership.”