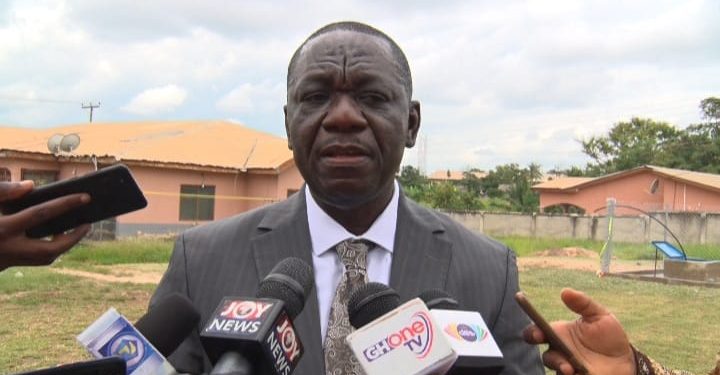 The Ghana Health Service says efforts are being put in place to make a number of hospitals in the Ashanti region operational by the end of the year.

Many residents in the Ashanti Region have for years lamented about what they described as government’s lack of urgency to complete a number of health projects which appeared to have been abandoned for some time.

Residents believe the completion of the projects will boost health service delivery as the burden on the Komfo Anokye Teaching Hospital will reduce.

Speaking to journalists in Kumasi, the Ashanti regional health director, Dr. Emmanuel Tenkorang who made it known that the facilities are being prepared to be operationalized, assured that work is ongoing to ensure that they are completed as early as possible.

“Already the government is doing well. Very soon the new hospitals will be opened. We’ve completed Konongo completely. We have done the technical handing over, we are now mobilizing human resources – nurses, doctors and others to move in. Konongo will be opened. If fortunate, we can get the regional hospital at Sewua which is also almost completed. We are only waiting for utilities like electricity and water so that the machines will be given dedicated electricity supply and water, and also the road network. Once those ones are improved, that one will be done. Same with Afari. So it is just a matter of time, all these facilities will be completed so that we reduce the burden on Komfo Anokye,”.

Dr. Emmanuel Tenkorang added that some of the new facilities, such as the Fomena government hospital, will serve as specialised facilities.

“When we get these facilities done, and then we move specialists there, then, we will reduce the referrals to Komfo Anokye so that if you have maternal health issues, instead of rushing to Komfo Anokye Teaching Hospital, you will rather go to Fomena. We are also proposing that most of these new hospitals should be converted into specialist hospitals, especially for mothers and children. We will put top specialists there. We are working with the medical schools so that some of the doctors would even be trained there”.