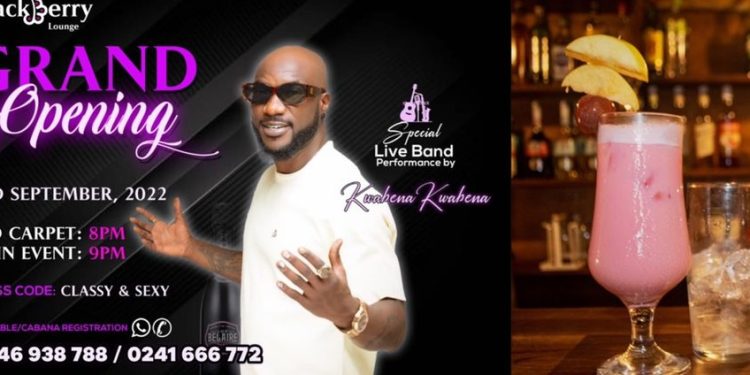 Highlife and afrobeats musician, Kwabena Kwabena is collaborating with the newly opened Blackberry Lounge to bring hours of non-stop live band music to music lovers at the Grand opening of the Lounge.

Blackberry Lounge, the first of its kind at the Spintex-Lashibi area, is a modern garden-type restaurant, lounge, sports bar and event facility designed for young adults and adults who are typically corporate executives, employees of companies and business owners to relax, enjoy good music and food, as well as a variety of cocktails, mocktails and an assortment of alcoholic and non-alcoholic beverages.

The grand opening scheduled for Saturday, September 3, 2022, will host about 100 companies and many individuals in Accra, and will allow attendees to spend quality time with Kwabena Kwabena, one of Ghana’s music legends who has written and recorded over 50 songs since 2004 when he recorded his debut album, ASO. 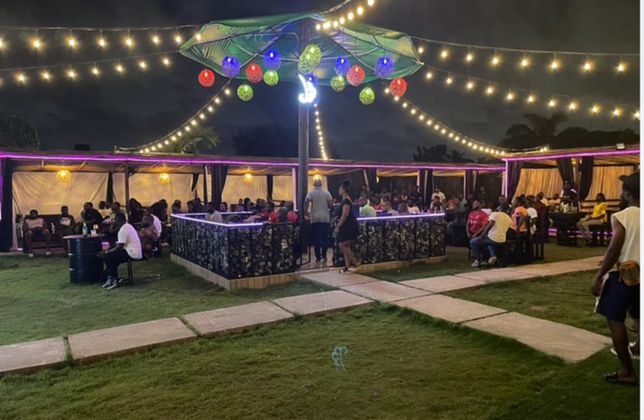 His name, Kwabena Kwabena depicts the two vocations he is presently in, first as Kwabena, the draftsman, and Kwabena, the contemporary highlife musician.

Three of his songs were used in the soundtrack of Sparrow Productions’ “The Perfect Picture”. 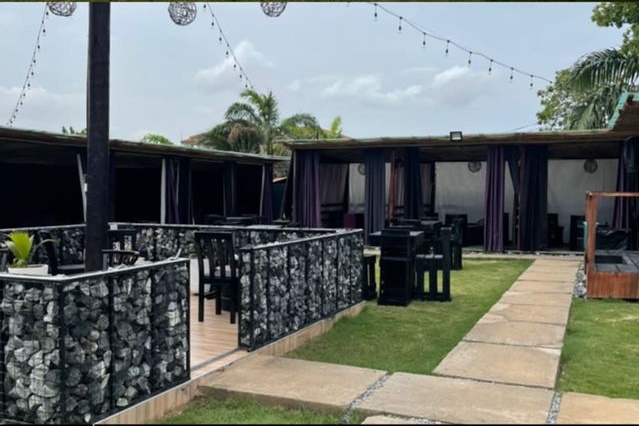 Some of his hits include Ka kyere me, Adult Music, Trodom, Adea waye me, Fakye me, and Me ne woa.

One of the main side attractions at the Blackberry Lounge Grand Opening will be the opportunity for guests to chat, take selfies and request for their favourite Kwabena Kwabena song to be played instantly.

There will also be performances from other A-List afrobeats artistes from Ghana and Nigeria at the event.

Blackberry’s much-awaited grand opening will be happening live on September 3; with the red carpet starting at 8pm. 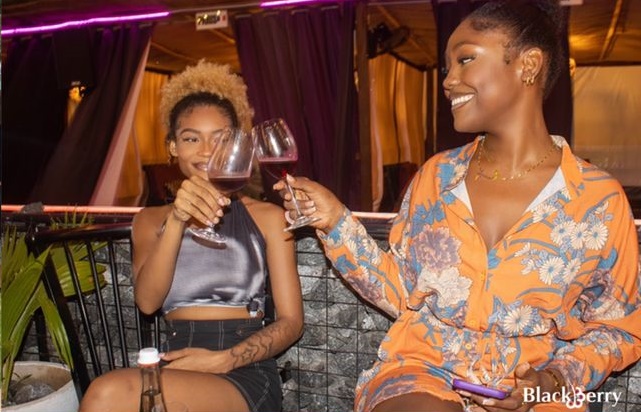 To be a part of this event, just visit any of Blackberry Lounge’s social media platforms @blackberryghana and make a reservation.

“It’s going to be a night of so much fun and good music. We urge participants to come on time, looking sexy and classy,” a statement from Blackberry Lounge announced.