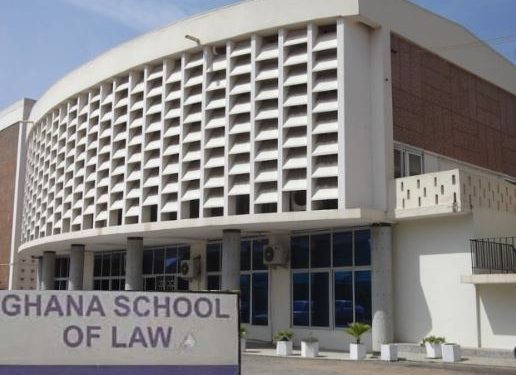 The General Legal Council (GLC) has come under fire once again for what some describe as ‘arbitrariness and opacity’ in admitting LLB holders into the Ghana School of Law (GSL), popularly called Makola.

This has been precipitated by the advertised 2022 GSL Entrance Exams scheduled to come off September 24 which uncharacteristically did not disclose the pass mark for this year’s admissions.

The admission procedure contained in the advert reads as follows:

The non-disclosure of the pass mark, together with others, such as the compulsory requirement for candidates to sign an undertaking ceding their right to challenge examination results or demand to see their scores or marking scheme as a prerequisite to writing the exam, have caused a rancorous uproar.

It has occasioned some threats of legal suits and protests by the National Association of Law Students (NALS), the National Union of Ghana Students (NUGS) and some other interest groups. For those who have long been advocating a reform in legal education like Professor Kwaku Asare, heads must roll at the GLC.

On the specific matter of the non-disclosure of the examination pass mark however, the crux of their argument is that it is unconscionable for the Independent Examinations Committee (IEC) of the GLC to take that route.

Even though, neither the GLC or its IEC has yet responded to these concerns raised by students and other interest groups, one can reasonably hazard a near-perfect guess why it would not serve anyone’s interest to disclose or even predetermine a pass mark before the examination. History may be called to aid and it definitely will bear the GLC out on this.

It is an open secret that the GSL swallowed a bitter pill last year having to admit an extra 499 students into the school who it did not plan for, but for its earlier announcement of 50% as a pass mark. It turned out that more students scored a minimum of 50% than the GSL had planned to admit. An attempt by the GSL to postmodify the pass mark was met with fierce resistance and the school was prevailed upon to admit all the students who scored 50% and above. The tale of the 499 students is still fresh in our minds and if there is any lesson to learn from that episode, it must be that predetermining a pass mark potentially poses an inconvenience to the GSL. The school has been there before, and like the proverbial blind man who wouldn’t allow his testicles to be trampled upon twice, the school must have learnt the hard way.

What’s more, the GSL has already served notice that it intends to admit 800 students this year. This was contained in the 2022 Budget Statement, specifically on page 210.

This number, I presume was reached taking into consideration the current infrastructural and human resource capacity of the school. If this is so, how then will the GLC be able to tell beforehand what pass mark will give them the 800 students they intend the admit? It can only be assumed, reasonably so, that of all the applicants (anticipated 2,500 applicants), the top 800 students will be those to be admitted at the end of the day. Keeping this in mind as a candidate is just as good as knowing that the pass mark is probably 50%, 60% or 70%. In essence, it means the exam is a competitive one.

Let’s get practical to better appreciate where the GLC stands in the mix. Supposing, 2,500 candidates apply to write the examination and the GLC sets the pass mark as 50% and eventually all the students score 50% and more, it means the school will have to admit more than its capacity, and that has implications. If on the other hand, only 100 students make the pass mark, should the GSL insist on admitting only 100 despite the fact that it can admit 800? Or in an extreme case scenario, if nobody makes the 50% pass mark, should the school not have admissions this year because the GLC set a pass mark nobody attained? I’m of the view that it will lead to a bizarre situation, one which is only avoidable without a predetermined pass mark.

But why has a predetermined pass mark suddenly become such a big deal for students who did not care much about it while entering their faculties? A quick check shows a good number, if not all the Law Faculties conduct entrance examinations, and interviews in some instances, before admitting students (At least for Post-First Degree LLB). Further checks with some of the Faculties show that there are often no publicised predetermined pass marks for such exams. At least the advise are the advertised call for applications to three Law Faculties: University of Ghana Faculty of Law, Kwame Nkrumah University of Science and Technology (KNUST) Faculty of Law and University of Professional Studies, Accra (UPSA) Faculty of Law – None of them disclosed a pass mark.

So what has changed? Understandably, the GLC did it in the past, expectations are that it will always do. But why would they, when the last one landed them into ‘trouble’? Once bitten, twice shy, I suppose.

The point made essentially is that, it is practically unrealistic to predetermine a pass mark in an examination where you intend to shortlist a specified number of people. But if the GLC insists on the number they want to admit and the candidates too insist on the disclosure of the pass mark, is it not possible to have the IEC set the pass mark and for the GSL to use cut-off points to admit the 800 students? This means that passing the exam per se will not guarantee one’s entry into the GSL but one will have to necessarily make a mark that puts them in the top 800 students. This will pretty much be like the way students sit for the West African Senior School Certificate Examination (WASSCE) and use the results to apply for competitive courses at various universities.

I know NUGS has kicked against the GSL predetermining the number of students to admit, but that is an issue for another time.

In sum, the General Legal Council and the Ghana School of Law may have gained some notoriety over the years in the discharge of their duties but in the instant matter of disclosing a pass mark for the 2022 entrance examination, I am of the considered view that we need to reason with them and rather demand that the admissions are given meritoriously and not on protocol basis as we have recently learned about some 10 students.

By: P.D Wedam
The author is a journalist with the Media General Group