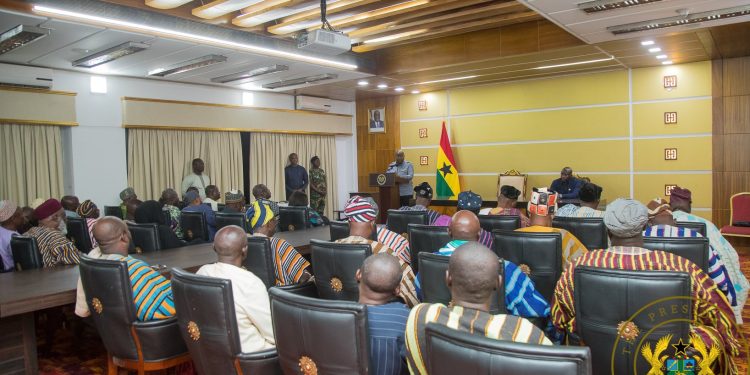 President Nana Addo Dankwa Akufo-Addo is saddened by the passing of the chief of Mion, Naa Mahamadu Abdulai V. 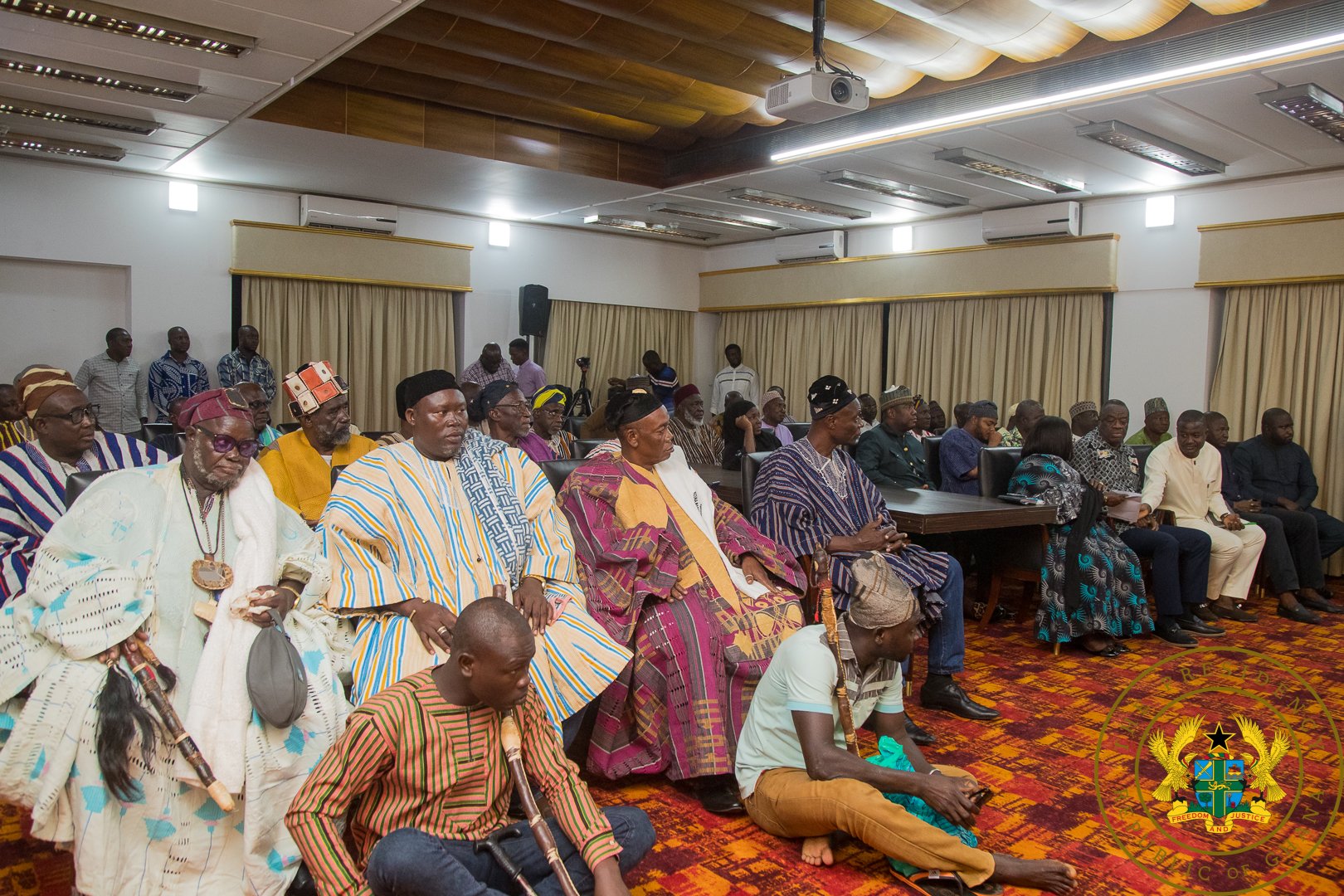 Addressing the late Mion-Lana’s family members including a delegation from the overlord of Dagbon, Ya-Naa Abukari Mahama II, at the Jubilee House, the President expressed government’s willingness to support the family in giving the late chief a befitting burial.

“This is an extremely difficult situation. But then all of us will go someday. That is the lot of man. You can count on us for whatever government can do to organise dignified funeral rites for him. I will do my best to give him a befitting farewell.”

He expressed his “deepest condolence to the Yaa Naa, I know how difficult this is for him.”

He urged the family to “cooperate and find a successor for the late Mion Chief after the funeral rites. That is one of the best ways all of us can pay tribute to his memory.”

The late Naa Mahamadu Abdulai V was the heir apparent to the Dagbon Skin. 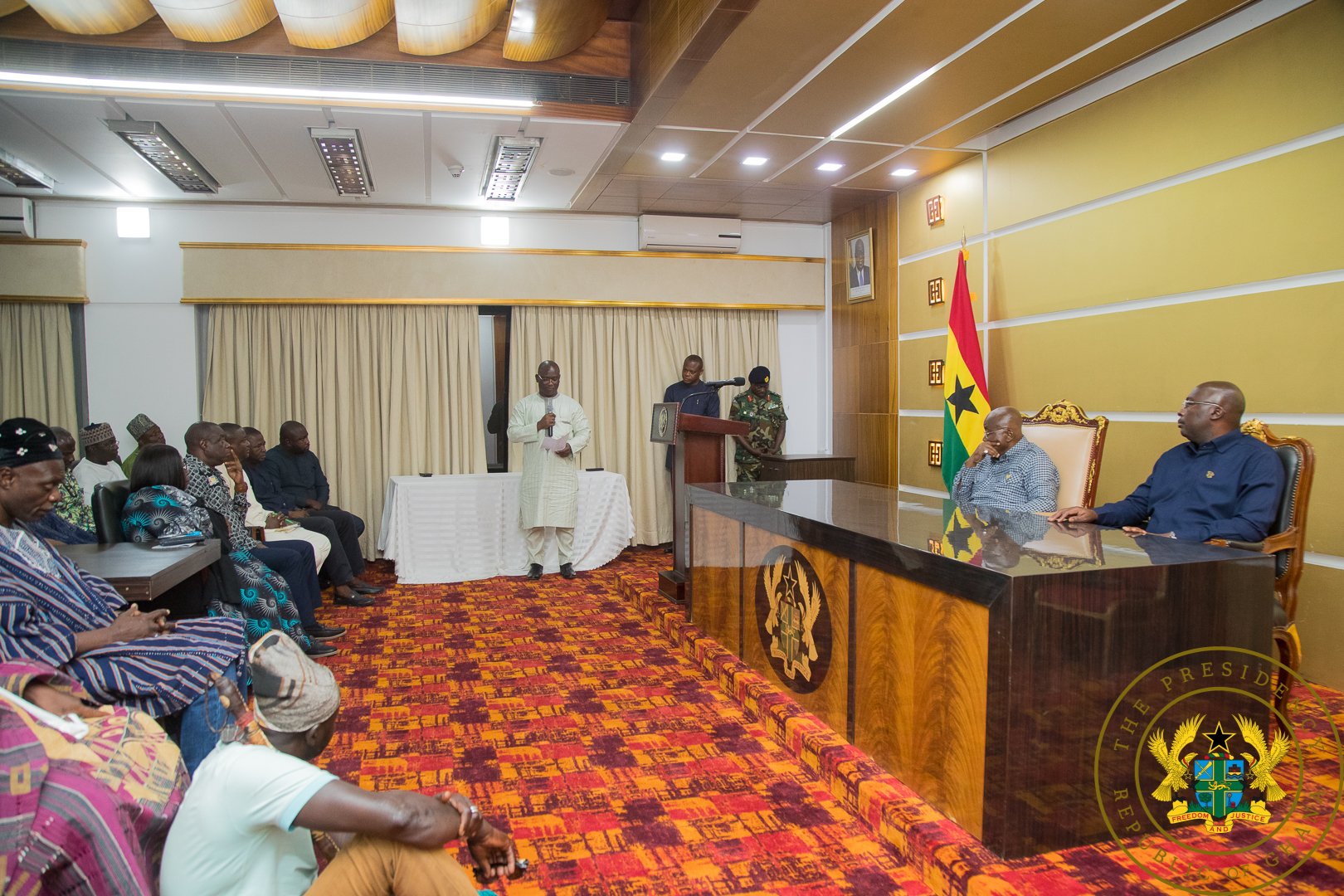 He left behind four wives and 12 children.

He was the next in line after the reigning Overlord of Dagbon, Ya Naa Abukari II, per the rotational system of the Dagbon kingship. 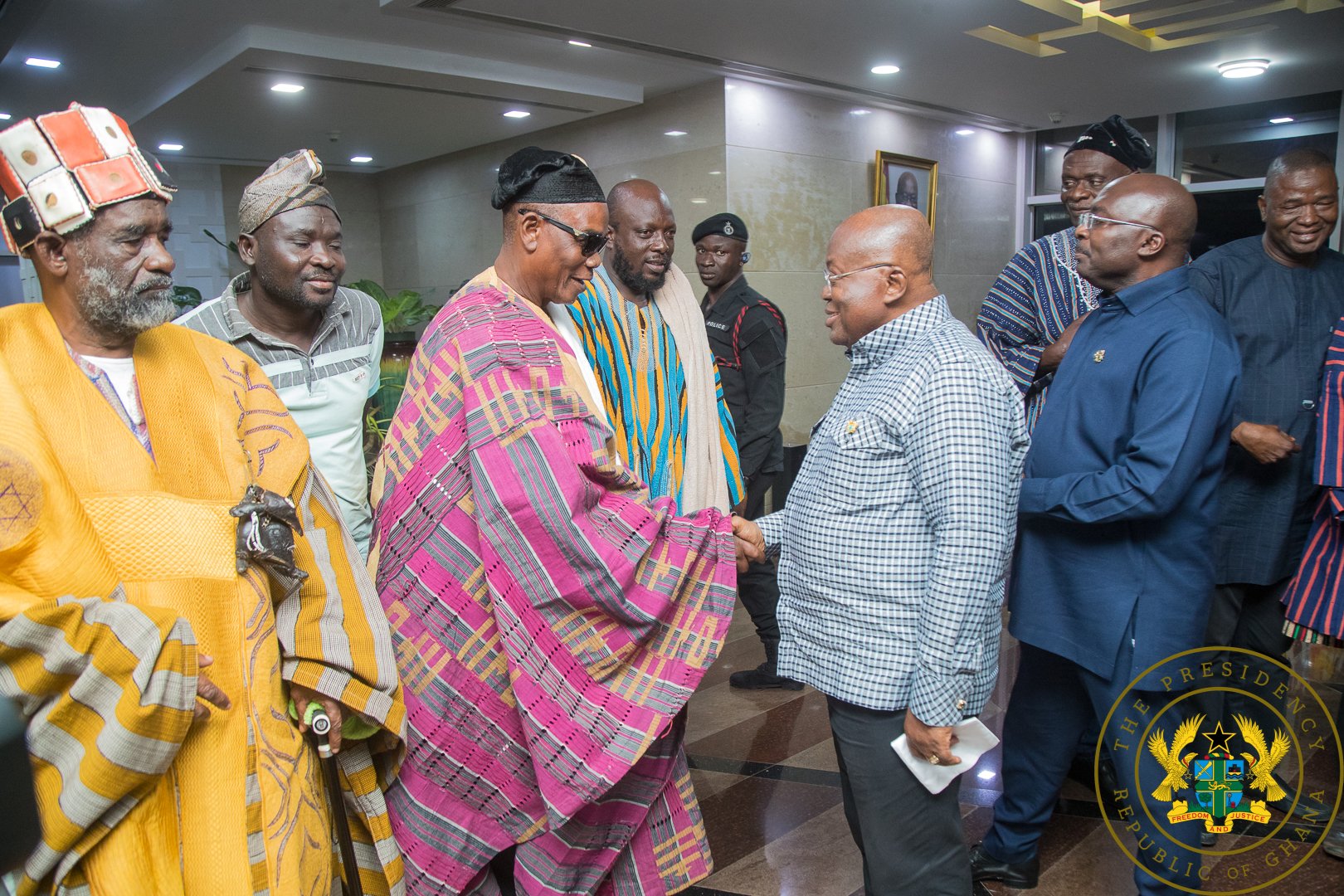 He was the first son of the late Ya Naa Mahamadu Abdulai IV who was the Overlord of Dagbon from 1969 to 1974 and was eligible to ascend to the Dagbon Namship (Ya Naa).