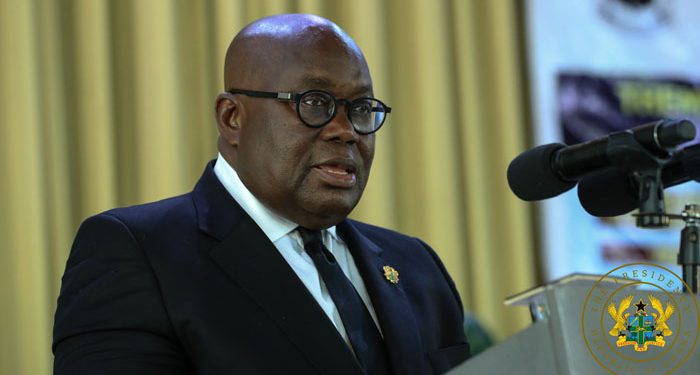 President Nana Addo Dankwa Akufo-Addo says he is aware some powerful forces in the country are working against the Free Senior High School (SHS) policy.

Nana Akufo-Addo says the policy which aims at mitigating the plight of the poor to have access to education is being thwarted.

But the President believes the programme will survive all such attacks.

“Already there are some who are eager to curtail some of the important initiatives such as the Free SHS policy. There are powerful forces in society who are against it and insisting that education should be what parents can afford or contribute. But I have a different view. I think the benefit of it to the society and nation are obvious”, the President said.

Akufo-Addo has mentioned that he is open to a national conversation on the government’s Free SHS programme.

He indicated that such a conversation should include funding, access, and sustainability.

Stakeholders in the educational sector have called for broader consultation on the Free SHS policy, which many say is fraught with a lot of challenges.

Speaking at a meeting with the leadership of the National Union of Ghana Students (NUGS) at the Jubilee House, the President said though a number of people have had issues with the policy, it has come to stay.

“One of the things people are calling for is a review of free SHS. I think we should have a broader conversation about the incidence of education on our national development, and therefore also on our budgetary and public sector contributions to national education.”

The Free SHS policy is under scrutiny because of problems with feeding and to an extent infrastructural challenges.

These issues have led some schools to consider shutting down because they struggle to feed their students.

High schools have struggled with a shortage of food items because of funding and supply constraints.

Amid these calls, the President has already given the assurance that the Free Secondary Education Policy will not be affected by the International Monetary Fund support the government is seeking.