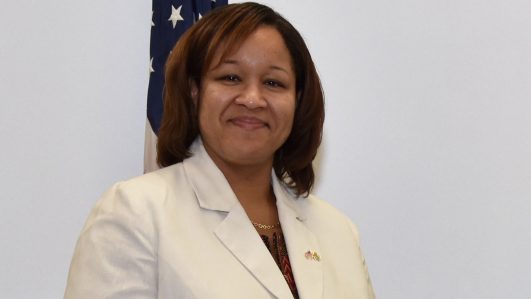 Forty-nine African Heads of State will converge in Washington for a three-day US-Africa Leaders Summit to be hosted by US President Joe Biden.

Meanwhile, Mali, Burkina Faso, Sudan, and Guinea have been barred from attending the summit which comes off from December 13-16.

The four countries are currently serving a suspension from the AU due to coups carried out in their countries.

Responding to questions from a group of African journalists on the participation of citizens from the suspended countries at the summit, the National Security Council Senior Advisor for the US-Africa Leaders Summit, Dana Banks said, “we do have plans to incorporate members of their civil societies and their communities in the dialogue and in the conversation in the civil society forum and perhaps in some other engagements that are planned.”

She added that “there will be a virtual element to the civil society forum as well as the diaspora forum to really, in real-time, be able to bring in voices from the continent.”

This year’s summit is the second of its kind since 2014 and it is geared towards strengthening partnerships between US and Africa to advance its shared priorities.

“We expect some of the outcomes to be a deepened and expanded reflection of our long-term U.S.-Africa partnership while we advance our shared priorities. We aim to amplify African voices to collaboratively meet this era’s defining challenges, and really, while we leverage the best of America, including our government, our private sector, our civil society, and our diaspora, to uplift and empower African institutions, citizens, and nations,” Banks said.

The Bureau of African Affairs Deputy Assistant Secretary of State, Robert Scott, who also addressed the journalists said “I just think we’re also anticipating a robust series of bilateral meetings below the heads of state or with our Cabinet-level officials with heads of state, and I would anticipate and know that we will be talking about the democracy issues as well as what’s going on in the countries in which there are coups.”

He continued that “it is an important aspect of stability, obviously, on the continent, and it is something that will be brought up in many sidebar meetings as well as the formal and official meetings that are part of the summit agenda.”

This year’s summit will also provide an opportunity to discuss US-Africa civil and commercial space, how to promote responsible behaviour in space, and strengthening cooperation in the areas of commerce and science.