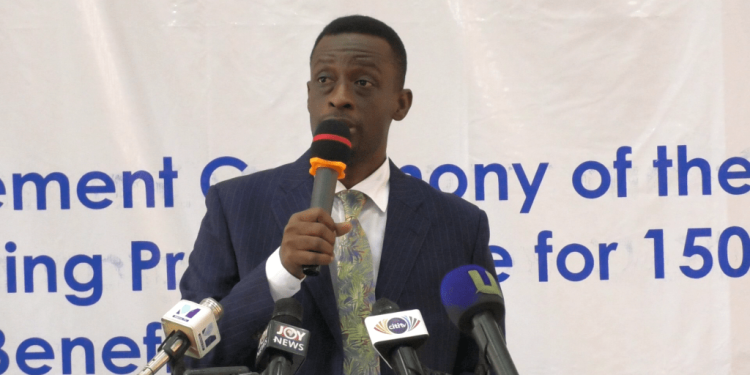 The Western Regional Minister, Kwabena Okyere Darko-Mensah says President Akufo-Addo should not relent in sacking him if he finds out he is involved in illegal mining popularly known as galamsey.

Various government officials have been alleged to be involved in the act.

They claim they are the sponsors of persons who mine illegally in the forests and water bodies.

However, Mr. Darko-Mensah says the destruction of the forest and water bodies due to galamsey is uncalled-for hence if he or any other person, including his District Chief Executives, are found culpable, they must be dealt with severely.

“If I get any of my DCEs involved in galamsey, I won’t blink an eye on recommending him or her for sacking and if the president also sees that I am doing galamsey he should sack me because I believe the right thing has to be done in the right way.” Mr. Darko- Mensah said at a press conference in Accra on Wednesday, November 16, 2022.

The Minister also indicated that it has adopted an anti-galamsey policy to fight illegal mining in the region. In the policy, Chief Executives of various assemblies will be made signatories to mining licenses given to miners in the region.

Meanwhile, as part of efforts against illegal mining, the government has formed a special police unit called the Formed Police Unit (FPU).

This unit is stationed across mining concessions of major mining companies to ward off illegal miners from engaging in galamsey activities.