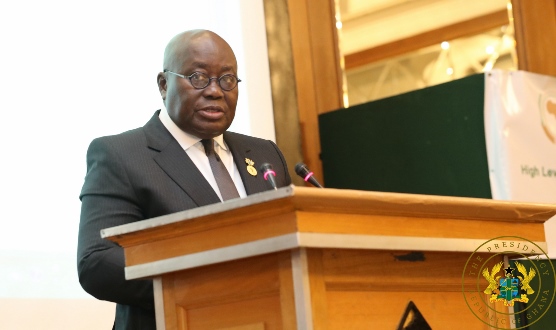 President Akufo-Addo has bemoaned the incidence of recurrent traffic jams and overcrowding in various parts of the capital.

According to him, the situation is making Accra unattractive.

In his 2018 State of the Nation Address delivered on the floor of parliament today [Thursday], Nana Akufo-Addo said the government is finding ways to improve upon the country’s transport system to address the problem.

“We have to improve upon the transportation system, so that no part of this country feels cut off or deemed too far from the center. That is the most effective way to stop the unsustainable rush to Accra. Traffic jams and overcrowding are making our capital unattractive. There are certain inconveniences that people adjust to, traffic jams are not one of them.”

“We are spending too much time stuck in traffic, it is unproductive, it is not healthy and it is expensive. I fear that one of these days, one more car will join the madness on the roads in Accra and our city will be completely gridlocked.”

President Akufo-Addo suggested that, the government will construct more roads to connect with different parts of the country to reduce the journey times between towns and cities.

Most major streets in Accra have gained notoriety for having the city’s worst traffic jam situations.

Some of these roads include the Madina to 37 road, Circle to Achimota road, Ofankor to Pokuase road, and the Tema motorway – Tetteh Quarshie roundabout.

Efforts by previous governments to address the problem seem not to have yielded results as the traffic situation has not improved.

Some analysts have suggested a total review of the country’s transportation system with a shift from the construction of new roads to the implementation of policies that will encourage boarding of commercial buses.

Meanwhile, the government says work it has started expansion work on the Tema-Motorway into a 6-lane motorway from the current 4 lanes.

It also says work on the Pokuase interchange is being undertaken to reduce traffic in that area.