Multimedia to sue Police over assault on its reporter 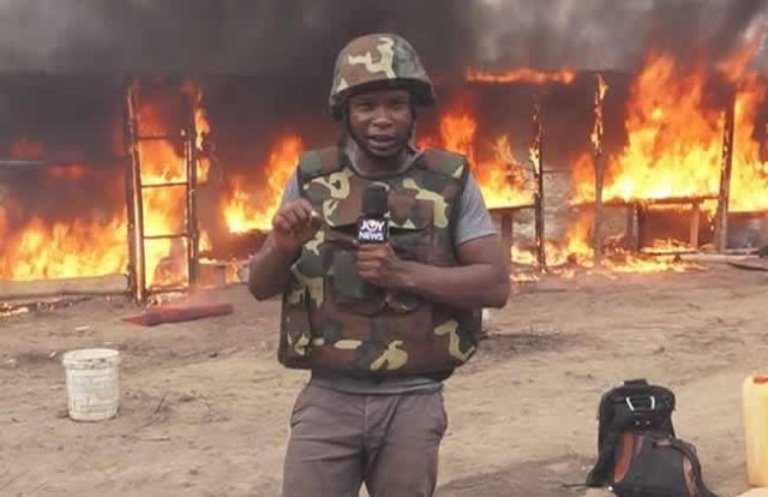 The Multimedia Group has served notice it may sue the Ghana Police Service following an assault on one of its reporters by some police officers.

Joy News’ Latif Idrissu, according to the Multimedia Group, has been diagnosed with a fractured skull after he was reportedly assaulted by police officers when he was covering the protest by NDC supporters following the detention of the party’s Deputy General Secretary, Koku Anyidoho,  on March 27, 2018.

Speaking on the Citi Breakfast Show on Tuesday, Nana Elegba, Chief Human Resource Officer of the Multimedia Group, said although the Police have assured them that they will deal with the perpetrators, “we don’t want to assume that the outcome will be fully to our satisfaction so we are thinking of launching a civil suit as well.”

He said “we’ve started engaging our legal team; they’ve met with Latif and are reviewing the case.”

Koku Anyidoho was picked up by officials from the Criminal Investigations Department for making some comments deemed treasonable on public radio.

Several supports of the NDC stormed the CID headquarters [located at the premises of the Police headquarters in Accra] to demand Koku’s release.

In the process, some of the supporters had to be dispersed by police with tear gas and water canon among others.

According to Mr. Elegba, Latif was deployed to the place to cover live proceedings on their Joy News channel.

“While he was getting ready, he approached one policeman and asked a routine question. He wanted to know the name of the crowd control vehicle being used to disperse the NDC supporters so he could mention its name properly in his report. Obviously, such a very simple routine question infuriated the policeman who told him in Akan to get off. And the policeman added that he was asking him a very rude question.”

“So as he [Latif] turned away very embarrassed, he said he just said ‘Oh Charlie’. And this simple oh Charlie got the policeman very angry, he held him [Latif] by the collar of his shirt, pulled him back and started slapping him and questioning him why he had said oh Charlie.”

Elegba said Latif complained that he was pushed into the midst of other police officers [eight in number] who had absolutely no clue what had transpired between Latiff and the policeman.

According to Elegba, Latif was only saved by another police officer who identified him as a journalist.

The Multimedia Chief HR said they have lodged a formal complaint to the Inspector General of Police who had also tasked the Police Intelligence and Professional Standards (PIPS) to take up the issue, fish out the officers involved for them to be dealt with.

“They [officers from PIPS] were here on Friday, interacted with us and assured us that they were doing some administrative process to identify the perpetrators and bring them to book. We are willing to give them the benefit of the doubt that they will do a good job. But we don’t want to assume that the outcome will be fully to our satisfaction.”

He said the reporter has not been able to resume work since the event, and has had to go to the hospital “virtually every day.”