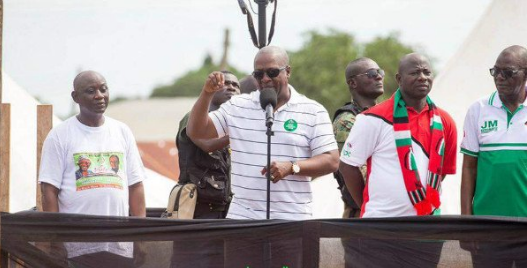 Former President, John Dramani Mahama, has advised members of the National Democratic Congress (NDC), to work hard towards wresting power from the New Patriotic Party (NPP) in the 2020 general elections.

Mr Mahama, who was heavily defeated at the 2016 polls and appears to be lacing his boots for a comeback, indicated that though the NPP had so far proven to be “super incompetent”, the NDC’s victory in the 2020 elections will mostly be dependent on hard work and commitment by party members.

“I must say that we must do hard work. You do not win an election on the weakness of your opponent. You win an election because the electorate has confidence in you to give power to you and so although the NPP has proven to be super incompetent, we cannot sit down and relax and say because of their super incompetence we are going to win the election.”

“We must work hard to convince the electorates that we deserve to be voted into power. We won’t depend on their super incompetence.”

The former President made these comments at the NDC’s Unity Walk in Wa in the Upper West Region. 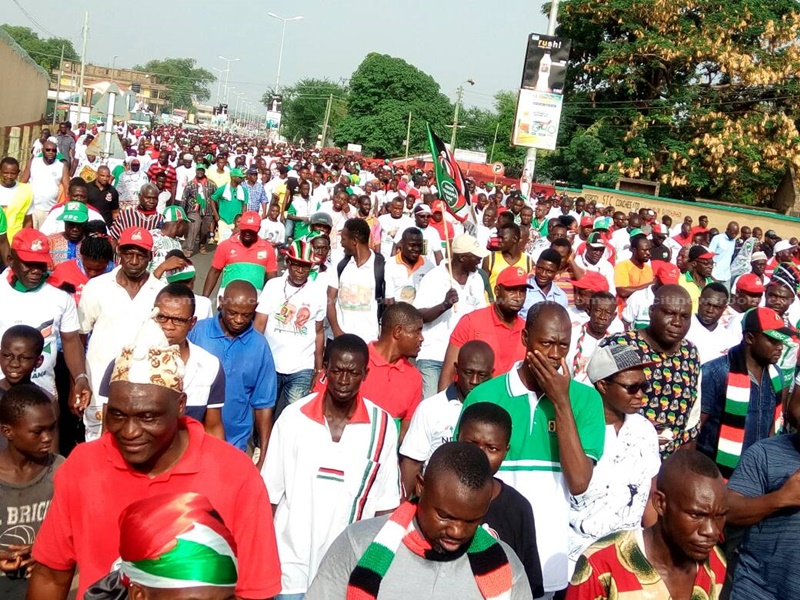 Today’s walk is the seventh in a series the Party has initiated across the country as part of efforts to reorganise and reconnect with its grassroots base.

Addressing the gathering, the former President also asked party members to be decorous in their political discourse, saying “ All of us in this party are family members. Let us be cautious about the words that come out of our mouths.”

“Let them be positive even if we have political opponents, and I am not talking about people only within our party but outside our party. Let us talk about the personal ideas and not insults.”

Mr Rawlings has for some time now been commending President Nana Akufo-Addo, while remaining critical of the leadership of the party he founded.

Since the NPP’s election victory, Mr Rawlings has been offering public support to President Akufo-Addo on many fronts, including the latter’s commitment to fighting corruption thus causing some NDC sympathisers to accuse him of disloyalty.

This has led to public utterances against Mr Rawlings from notable NDC members, with some even blaming him for the party’s 2016 election defeat to NPP and further calling for his expulsion from the party.

Mr Mahama, at the gathering, however, cautioned party members to refrain from insulting Mr Rawlings even if they disagree with his views.

“I want to talk about our Founder. You might not like something he says or action he is taking.You might disagree with his views but do not insult his person.”