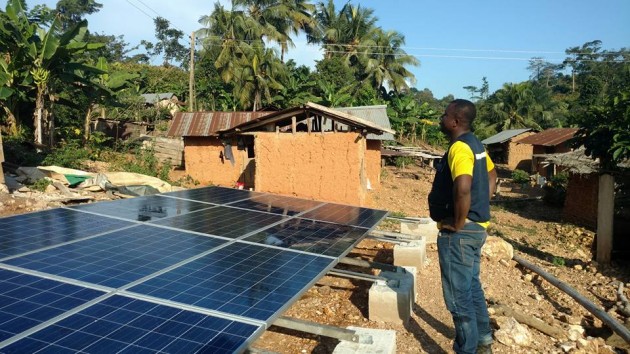 Though Ghana is endowed with renewable energy resources, only 0.6 percent of the energy supply (excluding hydropower) is from renewable sources, a study has revealed.

The frequency of the energy crisis in Ghana, as well as the magnitude and effects since 1984, coupled with the increasing demand for energy, has resulted in the search for alternative energy sources for electricity.

Ghana’s Ministry of Energy in 2009 predicted the demand for electricity would be “growing at 10% per annum which requires approximately 200 MW additional power annually.”

[contextly_sidebar id=”dIETCGI78iUPjlyGopTh0zdsdVVKZTiV”]Hydropower which Ghana is dependent on is susceptible to drought, high temperature and low rainfall; the study quoted government sources.

The paper by Benjamin Bilalam Jabik and Simon Bawakyillenuo suggested, “institutions must be designed for policy implementation and must receive capacity building for effective monitoring, evaluation and provision of feedback on the implementation process”, emphasising green energy production can be improved in Ghana when effective policies are implemented.

“The major challenges of promoting green energy technologies in the country include inadequate institutional capacity” as well as “inadequate knowledge of the benefits of green technology, the cheaper cost of conventional energy technologies in the short-run, lack of clear direction for implementation and enforcement of policy frameworks, inadequate funding sources and cumbersome licensing procedures,” the study published in the University of Ghana’s social science journal outlined.

“Our renewables haven’t done too well. And the percentage quoted is when you look at it from what we call modern renewable energy from the perspective of national statistics, “Ismael Agyakumhene, told Citi News.

“Some individuals have renewable energy systems not connected to the national grid. They are self-generating, and when you are to add all those, it is more than the 0.6 percent. What we don’t have and what we haven’t done well is making sure that we implement the things that we said we are going to do in the renewable energy ACT,” he explained.

“We have to justify the investment in renewable energy and know how much the power will be sold at those states so that it provides value for money,” a research analyst with IMANI Ghana, Selorm Brantie concurred.

He, however, expressed doubt as to how prepared the country was to man a nuclear power plant, citing the absence of “appropriate expertise” to manage the centre.

In respective interviews, the nuclear power plant according to the Director General of the Ghana Atomic Energy Commission (GAEC) and the Deputy Director in charge of Nuclear and Alternative Energy at the Ministry of Energy, will cost between US$5 and US$6 billion to establish.