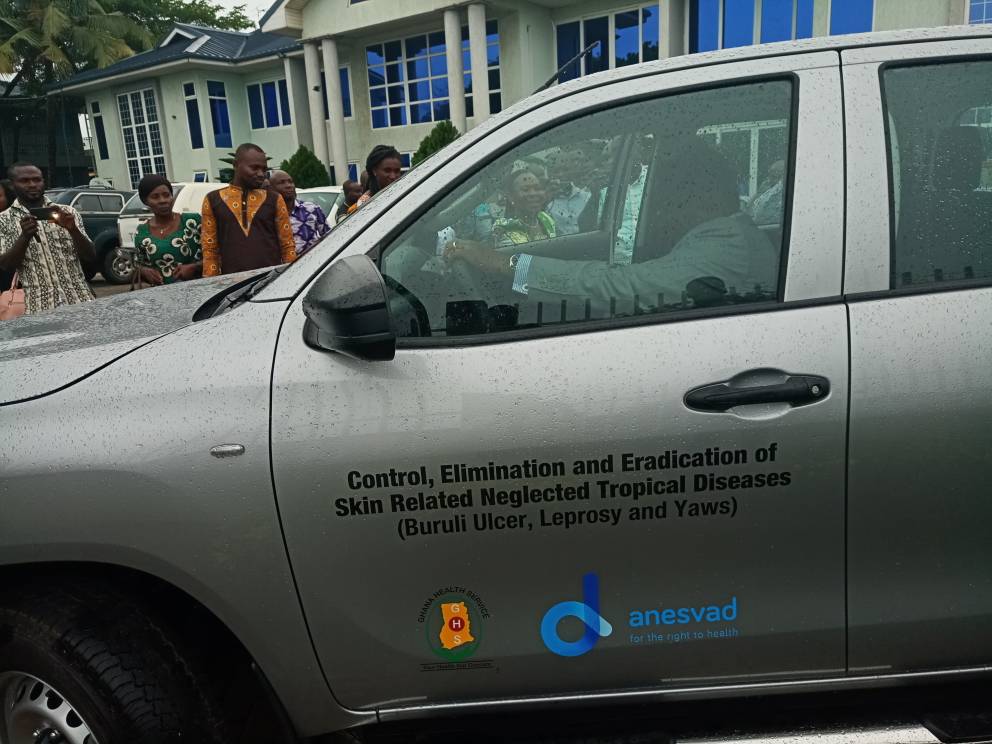 As part of the efforts to control, eliminate and eradicate skin-related Neglected Tropical Diseases (NTDs), the Ghana Health Service (GHS) has released some vehicles to support the 15 participating districts and their three National Programmes.

The vehicles, which include 18 Delux Toyota pickups, three Toyota Land Cruiser Prado and 15 Yamaha Moto bikes, were procured at a cost of $600,000 with funds from ANESVAD, a Spanish-based Organisation and project partners.

Dr Anthony Nsiah-Asare, the Director-General of the Ghana Health Service, at the handing over ceremony in Accra on Thursday, urged the respective Programme Managers, and District Directors of Health Services of the selected co-endemic districts with Buruli Ulcer, Yaws and Leprosy, to also use the vehicles to support the integrated health system.

He said the two-year project, which was subject to further expansion based on the performance of the current districts, was expected to help improve the control of Buruli Ulcer, achieve and sustain the elimination of Yaws and Leprosy in 15 co-endemic districts through an integrated approach to detection, prevention and management.

Dr Nsiah-Asare explained that GHS had challenges with mobility issues to extend health services to the rural folks to address their health needs, and thanked ANESVAD for their continuous support, urging the implementing managers to work hard to achieve the expected results.

Mr Godwin Asigbey, the Representative of ANESVAD in Ghana, thanked the Government of Ghana for creating the environment for as strong health partnership that would help address the needs of the people, especially those in rural communities.

He explained that the Organisation had been working with the National Buruli Ulcer Control Programme, and it was glad that 10 years on, it was expanding its scope of collaboration to include Yaws and Leprosy.