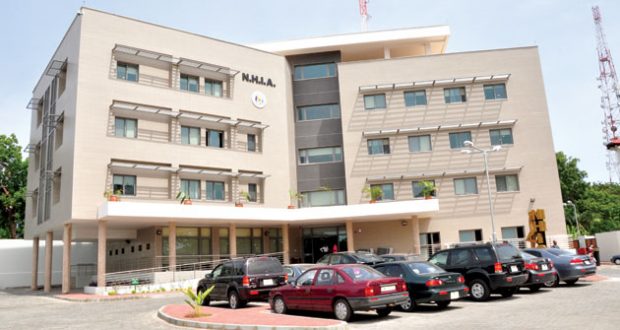 The deputy Director-in-charge of marketing at the National Health Insurance Authority (NHIA), Oswald Essuah-Mensah, has said there is no cause for alarm after the Ghana Audit Service cited the authority for financial malfeasance and the abuse of procurement processes.

Speaking on Eyewitness News, he said the NHIA’s management was eventually going to officially clear the air on the matter with a response to the Ghana Audit Service.

[contextly_sidebar id=”JCx1zbt9H3904rPL0JLHD6wUvS3kWy0i”]Among other things, the authority was found to have authorised the payment of  GHc 400,000 to 20 members of the Health Committee of Parliament to sensitise their constituents on the health insurance scheme in December 2017.

The audit found no acknowledgement of the receipt of funds and no activity budget detailing the exact work to be undertaken.

Mr Essuah-Mensah said such payments were not unusual and in line with the National Health Insurance Act 852.

“The NHIA follows due process for every payment that goes out, and I imagine that there are payment vouchers that will accompany every form of payment that is done.”

He maintained that the Audit Service report cited by Citi News was making observations “so in the response that [NHIA] management will provide;  all the proof which escaped will be made bare. So there is nothing to panic about.. It should remain as observations and not as factual as a final report.”

On the monitoring mechanisms put in place to check the use of the funds allocated to MPs, Mr Essuah-Mensah noted that “as often as we can, we go round the constituencies to check and see what MPs are doing with the funds and we do get reports stating activities are happening on the ground. I’m sure the board also has oversight committees.”

Despite the lack of concrete assurances, he said he didn’t think “money was going down the drain.”

“Any payment that goes to members are for the purpose has been described by law and passed by the Parliament of Ghana, and this is why funds are paid to members of Parliament. We do not dole money out frivolously if we are not mandated to do so.

The NHIA was expected to receive a total of GHc2.261 billion in 2017 from the National Health Insurance Levy, the Social Security and National Insurance Trust (SSNIT) and other sources to be able to execute its mandate.

But during the approval of the 2018 formula, it was noted that in the 2017 method for the disbursement of the National Health Insurance Fund, there was a funding gap of GHc 379.68 million.

The Ghana Audit Service’s assessment indicated that the Authority might be losing close to GHc 23 million and another $3 million because of the duplication of contracted activities and unsubstantiated payments.

The Authority has also been found to have abused the single source procurement method as stipulated by law.

In four separate audit observation memos dated May 3, 2018, and signed by the leader of the audit service team at the NHIA, the audit service chastised management of the Authority for consistently failing to submit copies of their internal audit reports to the Auditor General.

The audit team’s review of the NHIA’s procurement document also showed that the Authority obtained approval from the public procurement authority for single-sourced procurement for two different consultancy services, totalling over GHc 11 million and one other for over $3 million.

Samini to headline Upstream Music Festival in US

Samini to headline Upstream Music Festival in US