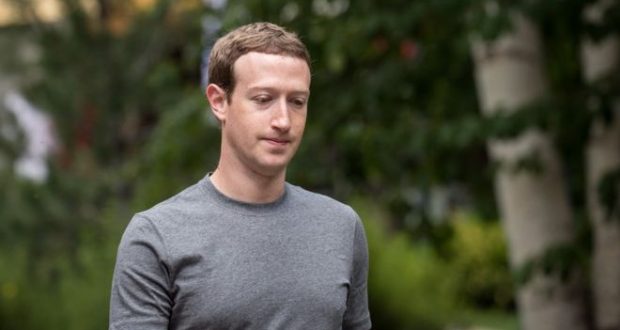 It is shaping up to be the biggest Facebook event ever, with 5,000 developers flying in from around the world.

They’ll hear exciting news about the company’s plans to advance on many fronts, from artificial intelligence to virtual reality.

They’ll also get the chance to interact with the senior team, and to find out how they can profit from this very powerful platform.

That, at least, is the official view of Facebook’s mostly-annual F8 developer conference.

And a couple of months ago, when the attendees were making their travel plans, that may have seemed believable.

Since then, however, the Cambridge Analytica scandal has broken.

Mark Zuckerberg has been (lightly) grilled in Washington, the co-founder of his firm’s WhatsApp messaging service has announced he’s to quit – reportedly over a separate data privacy clash – and, perhaps most significant for the developers attending F8, the rules which govern their access to Facebook have been tightened.

If you have a look at a Facebook developer forum online now, you will find the mood is fairly grim.

“Oh boy now nothing works,” says one angry post. “Is this the beginning of the end for Facebook?”

“You’ve killed this platform,” says another.

Together with some abuse for Cambridge Analytica, there is also anger pointed at Facebook’s senior managers. They’re being blamed for not keeping up their guard.

When I ask him for one word to sum up the mood among developers, he chooses “anxious”.

“These kind of changes that Facebook definitely had to make after everything that happened has an impact on everyone,” he tells me.

“You can’t acquire new customers if the platform is paused.”

But he also tells me that Facebook “doesn’t want to screw over developers” and says he’s hopeful things will get back to normal soon.

When I met Federico Treu outside the San Jose Convention Centre, however, he is not as charitable.

Then again, his company Cubeyou has been suspended from Facebook over allegations of data misuse, and he is persona non grata at F8.

Mr Treu claims he has now proved to Facebook that the accusations against him are unfounded, but he is still angry and says his firm was thrown under the bus.

He also says Facebook is trying to divert attention from its own failings by blaming everyone else, including the Russians, developers and advertisers.

And he says the firm has a big job to do in restoring user trust. “I think the only way that is going to happen is through an external regulator.”

As well as getting users and developers back on side, Facebook may have to worry about some of its big corporate customers too.

Those are the kind of people social media consultant Sharon O’Dea has come to San Jose to represent.

“A lot of them are starting to review their engagement with Facebook and the budgets they’re spending on Facebook,” she says.

“I think they’re looking for reassurance about its business model, its future, its investment, and its investment in new technology.”

Reassurance is what everyone seems to be looking for from F8 – and that will have to come from Mark Zuckerberg.

Last year, he got to fill his F8 keynote speech with cool demos about augmented reality.

In a brief status update about this year’s F8, he tells us he is going to “share more about the work we’re doing to keep people safe, and to keep building services to help us connect in more meaningful ways”.

Iran and Israel draw closer to war than ever