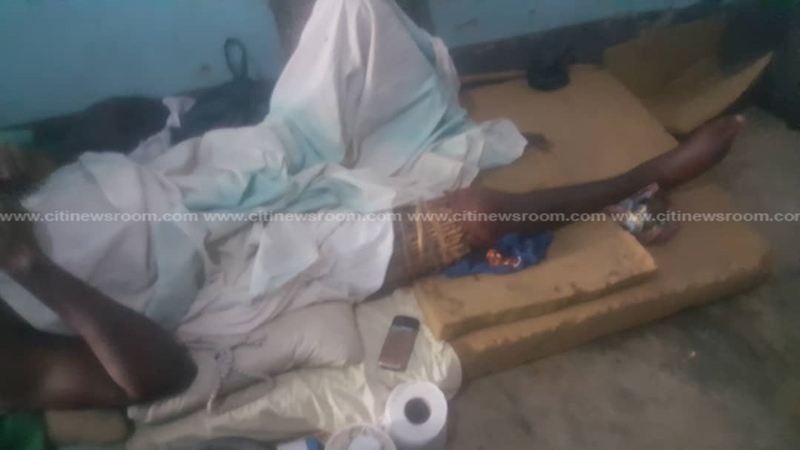 A 55-year-old wheelchair-bound man, Afa Issahaku, was a casualty of the military’s attempts to enforce the ban on using motorbikes to transport more than one person in the Bimbilla township.

The military was in pursuit of two persons on a motorbike when culprits crashed into Afa Issahaku.

[contextly_sidebar id=”wiKns0AXEtNmONY5Xoypevk1KsHvIBxZ”]The victim was left with broken legs after falling into drain following the collision.

He was returning from an Islamic worship during Ramadan on the day of the incident.

“We closed from Tafseer in the evening and I was coming home on my wheelchair, by the roadside and before I realised two guys on a motorbike crashed into me and I fell. My legs were broken and I was taken to the hospital for treatment by the military. I was later discharged to go for local treatment,” he narrated to Citi News.

Afa Issahaku, however, said the collision had worsened his physical state.

“My condition now is very bad because I am now paralyzed and can not do anything. I am therefore appealing to the government and other benevolent organizations and individuals to assist me, I am helpless and paralyzed.”

Some residents have appealed to the security agencies to show some leniency in enforcing the ban.

“With the ban on using motorbikes to carry people in town, when such a thing happens, it’s good the security stops you the rider and interrogate you to listen to you before taking actions against you.”

Some people have genuine reasons but sometimes the security, on seeing you, before one can say anything they will start beating you, rather than finding out why you are carrying the other person,” a resident said.

The Interior Ministry in January placed a ban on the use of motorbikes to transport more than one person in the Bimbilla township following the killing of six persons by assailants firing from a motorbike.