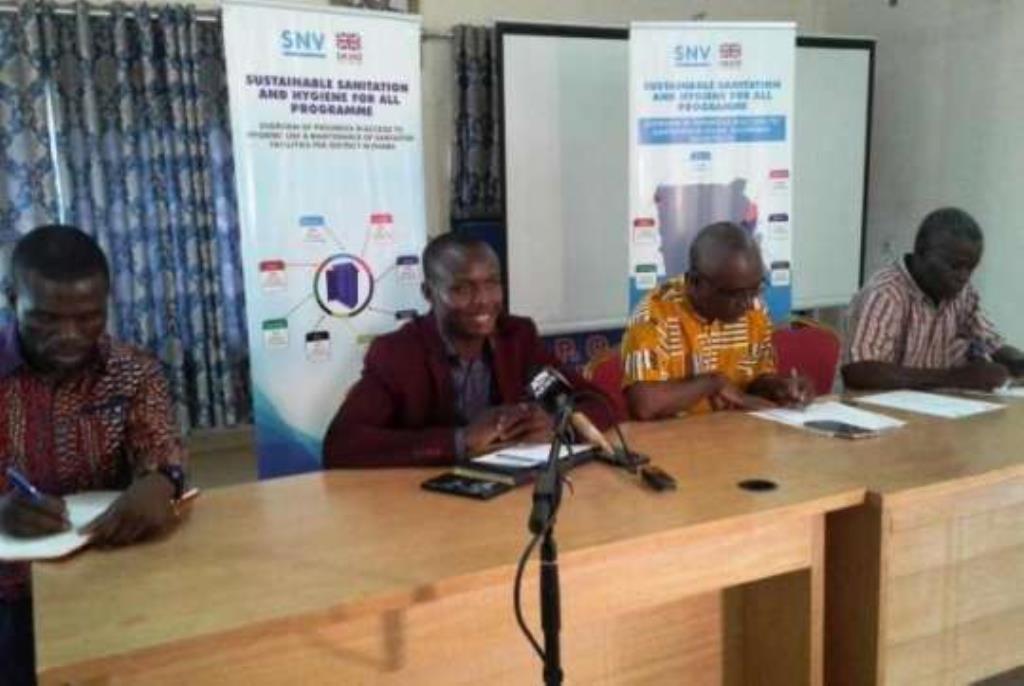 The Nandom District Assembly and other stakeholders including external development partners, have renewed their commitment to push for a District-wide Open Defecation Free (ODF) status by end of August 2018.

The District currently has 91 percent ODF coverage, and should the new commitment come to pass successfully, the District will become the first in Ghana to attain 100 percent ODF status in the race to end open defecation in Ghana.

[contextly_sidebar id=”K9Az63NPbRg6cflYp8PnmfQf2ie7epYG”]The Assembly stakeholders and partners renewed their commitment during the Sustainable Sanitation and Hygiene for All (SSH4A) results programme sharing and learning event in Nandom in the Upper West Region.

It was on the theme “Making Nandom ODF, setting the pace for Ghana towards national ODF”.

Mr. Eric Banye, Country Programme Coordinator of the Netherlands Development Organisation (SNV), said Nandom District had so far demonstrated true commitment to the programme and have turned out to be the best district in terms of ODF in the country.

He said even though the SSH4A project officially ended in 2017, the high level of stakeholder commitment coupled with the remarkable achievement chalked, SNV took an internal decision to support the District to attain district wide ODF and become the first in the country to achieve that feat.

The SNV Country Programme Coordinator noted that it was not just the joy of attaining ODF status, but also to prepare the grounds for the District to attract other development interventions in the areas of education, agriculture and health among others.

He added that achieving district-wide ODF status would make the District a reference point for other development interventions, and appealed to chiefs and other traditional authorities and natural leaders to show another level of high commitment to help the remaining eight communities also to attain ODF.