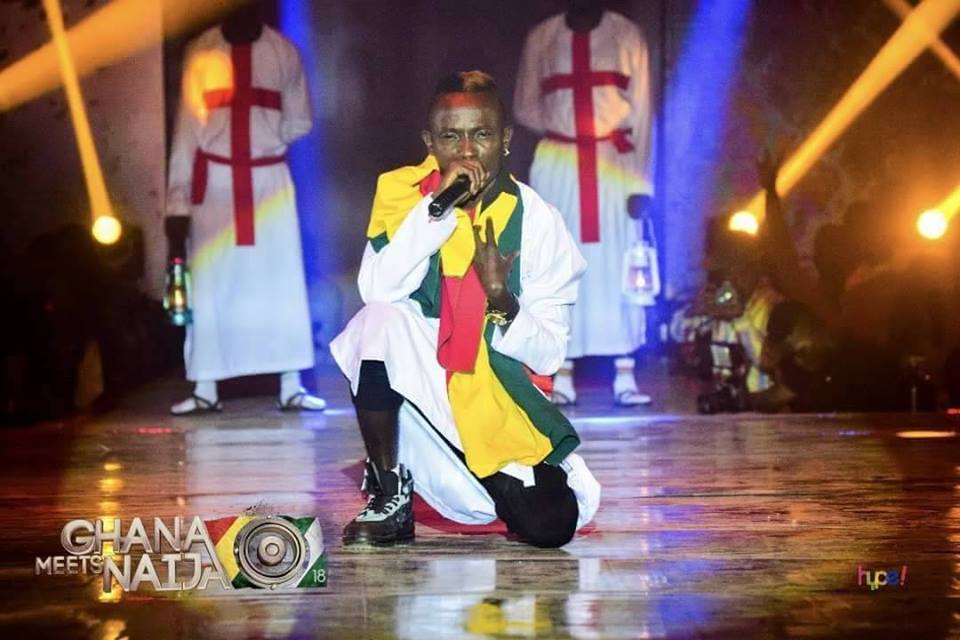 One artiste who won the admiration of most patrons of this year’s Ghana Meets Naija concert is Patapaa, also known as Patapeezy.

After the show social media has been buzzing with a lot of praise for him.

Patapaa was ushered onto the stage like a king.

He was introduced by a young girl fully clad in a ‘kente’ regalia, who showered him with accolades that got people confused and wondering who in God’s name was coming up to perform.

The crowd went ballistic when he stepped on stage dressed like a priest with his disciples by his side, holding lanterns.

[contextly_sidebar id=”phVG28mXCczPV3fa5lzAgcsUpJiTZWJV”]His energy and charisma on stage saw him through most of his performances even though half of the songs he performed were not popular with the audience.

The crowd enjoyed his performances, gearing up for his most popular song ‘One Corner’ and Guilty Beatz’s  ‘Akwaaba’ which he featured on together with Mr. Eazi and Pappy Kojo. 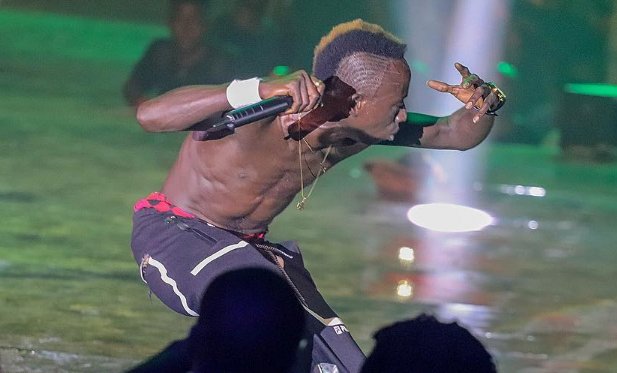 He shut it down when he got into a full beast mode when he took off his shirt and wowed the crowd with his dance moves which took crowd into a state of complete euphoria.

Patapeezy’s 15 minutes performance was too short for the audience because the crowd wanted more of patapeezy after he was done. 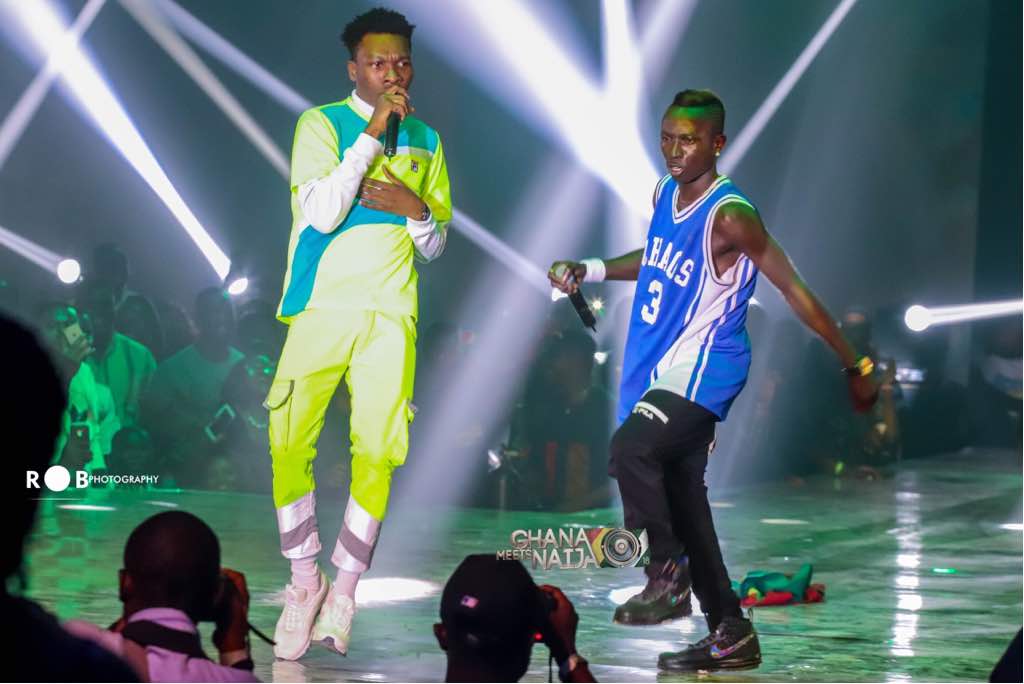 The Chief Executive Officer of Empire Entertainment, organisers of the show, Bola Ray took to Twitter to commend the ‘One Corner’ hitmaker.

“Thank you @patapaa_amisty. The Patapeezy fans must be proud. What a night this young man had! #GhanaMeetsNaija18,” he wrote.

Ghana meets Naija has been running for the past eight years.

It has featured artistes from Ghana and Nigeria with the aim of seeking which country has the stagecraft to keep the crowding going.

Ghana Meets Naija is also a platform where musicians in Ghana and Nigeria build a relationship to grow the music industry of Africa as a whole.