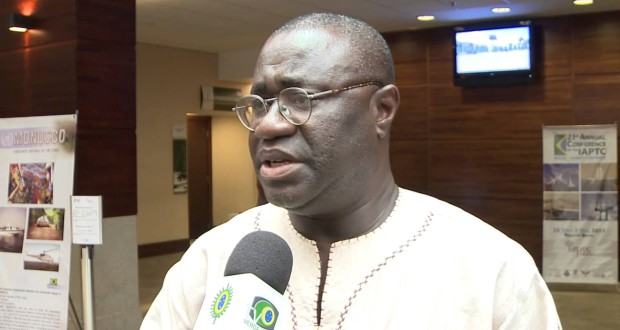 A security analyst, Dr. Kwesi Aning, has blamed the recent cases of police brutality and unprofessionalism on the politicization of the Ghana Police service by successive Governments.

According to him, the politicization of the recruitment process for personnel into the police service is partly to blame for the unprofessional conduct of the service.

[contextly_sidebar id=”1o7N9VSc7p9kK2KRjXScorJpvoWtj0WE”]Dr. Kwesi Aning said for the past 40 years; the Ghana Police service has witnessed undue Government interference which has affected the output of the service from its leadership to the lowest ranking police officer.

“Over the past 40 years, Police recruitments have been politicized and interfered with, to such an extent that there is an uncertainty with issues of discipline, promotion, and career.”

“The levels of political interference are so fearful, the regulations of the police speak to 24 months of police training, six months in the school, 18 months on the job before you are let loose to deal with the public. Right now the  24 months period has been reduced to sometimes eight months or 9 months.”

Dr. Aning also described the level of political interference in the Ghana Police service as “fearful” adding the Government has sidestepped the appropriate protocols in the police recruitment process.

Speaking in an Interview on the Citi Breakfast show, Dr. Aning said the conduct of government officials towards the Police service over the past few years has led to the reduced public confidence in the service.

He thus called on Parliament to constitute a bipartisan commission to address issues relating some recent cases of police brutalities as well to help restore public confidence in the Ghana Police force.

“Parliament must say we need a bipartisan commission of experts to bring about a reformed agenda. We need a reform process that recognizes where we are and where we want to go.”

A Lance Corporal, Frederick Amanor, is in the news for assaulting one Patience Osafo, who was trying to withdraw money at a Savings and Loans company.

The police officer got physical after Patience Osafo refused to leave the banking hall with her grandchild because her money had not been given to her.

The incident was captured on video and went viral on social media sparking condemnation from the public.

No allowance increase for NSS personnel this year – Mustapha Ussif

No allowance increase for NSS personnel this year - Mustapha Ussif