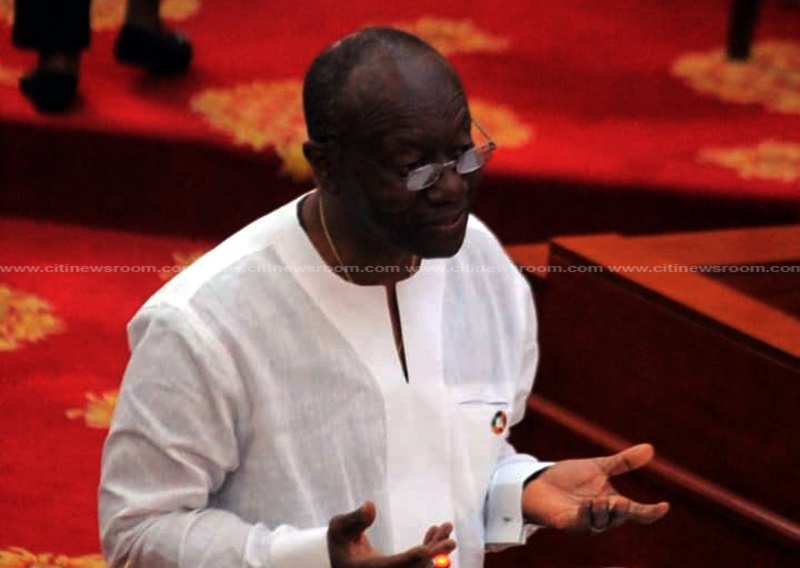 The performance of the Ghana cedi during the 18 months of the Akufo-Addo government has been impressive, if compared with the last six years under previous governments, Finance Minister, Ken Ofori-Atta has said.

The Minister made this assertion while delivering the mid year budget review in Parliament on Thursday, July 19, 2018.

He was however quick to add that the cedi had come under pressure, despite the “strong fundamentals” devised by the NPP government to stabilize the currency.

“Despite the strong fundamentals we have seen the cedi come under pressure primarily due to external pressures. In fact, Mr Speaker, aside from the short transitory volatilities recorded in June this year the average performance of the dollar (cedi) has been one of the best in recent years,” he noted.

The Minister’s comments come despite the cedi’s depreciation against major trading currencies in May and June 2018.

The mid year budget presentation is in line with Ghana’s Financial Management Administration Act which requires that the Minister for Finance appear before Parliament not later than July 31, to submit a Mid-Year Fiscal Policy review.

The review is to afford the government the opportunity to announce its revision of its economic targets whose key components include the country’s macroeconomic performance and forecast for the remaining half of the year.

It will also analyze the country’s revenue targets and expenditures.

A Deputy Information Minister, Kojo Oppong Nkrumah, recently criticized Deputy Minority Leader, James Avedzi, saying his speculation about the depreciation of the Cedi against the dollar only seeks to create panic.

James Avedzi said he expected the Cedi’s recent depreciation to the dollar to continue into December where the yuletide ushers in higher demand for the foreign currency due to high imports.

The depreciation of the Cedi was one of the significant issues the NPP criticized the Mahama government for when they were in power.

At the time, Vice President Dr. Mahamadu Bawumia consistently taunted former President Mahama for failing to halt the fast depreciation of the Cedi.

Mr. John Mahama recently complained about the cedi to dollar exchange rate, which he said stood at GHc4.7 to $1.

He accompanied his words with a short video of Dr. Bawumia supposedly expressing misgivings about the NDC’s handling of the local currency while they [NDC] were in power.

Dr. Mahamudu Bawumia subsequently issued a scathing response saying Mahama’s criticism only exposed his lack of understanding on issues bordering on crucial aspects of the economy.

The central bank has already assured that the changes in the exchange rate are temporary; hence the cedi will soon see some stability.