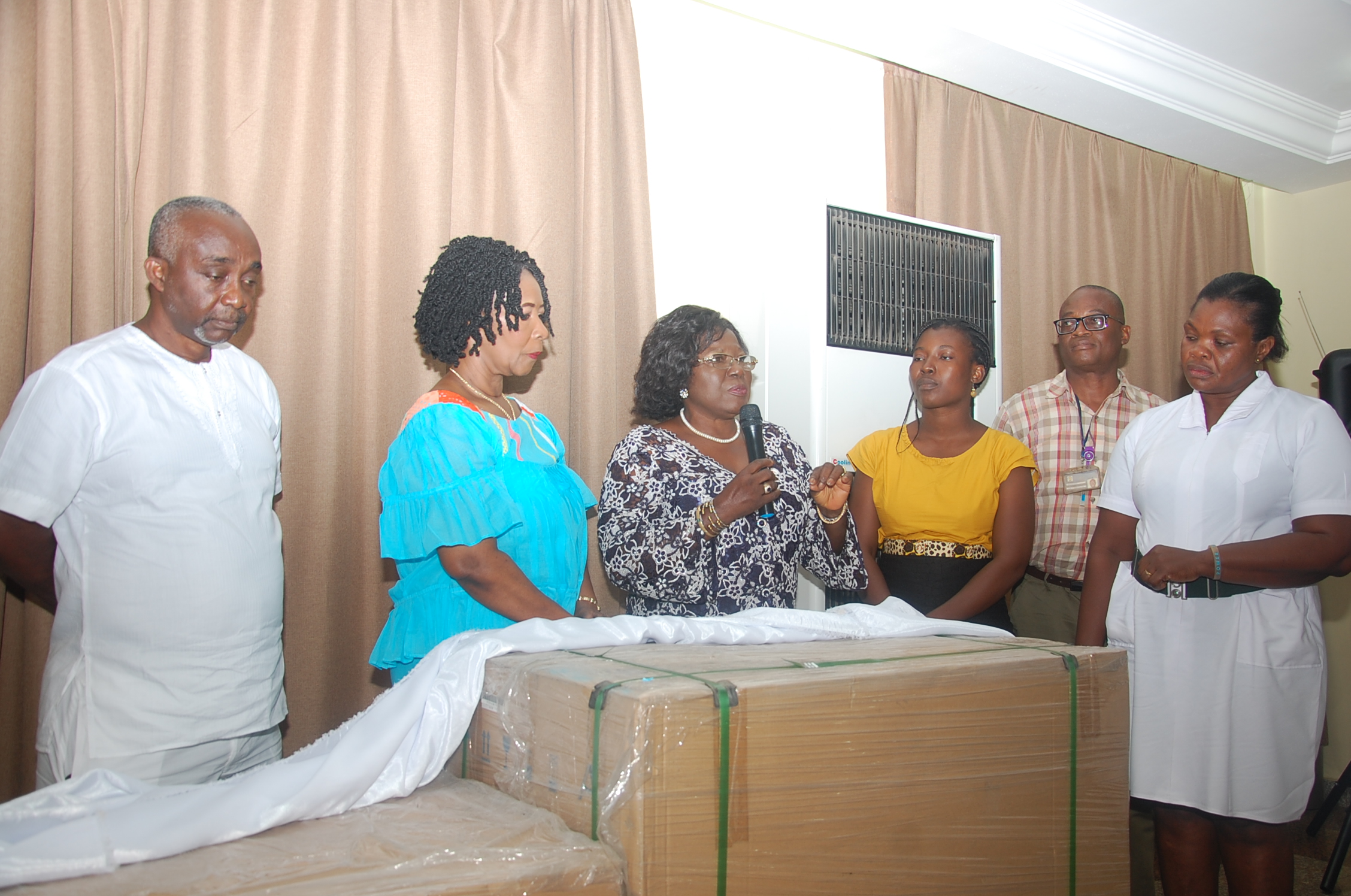 iMEM Foundation has donated an incubator to the Neo-Natal Intensive Care Unit (NICU) of the Tema General Hospital.

The foundation, which centers its efforts in leading advocacy in the areas of natural resources governance, combating corruption and creating awareness about our African-ness said the donation was its act of charity to promote the maternal and child health in the country.

Handing over the incubator to officials of the Tema General Hospital’s NICU, the director of iMEM Foundation, Comfort Aniagyei said the gesture was to ensure that the health facility is best placed to deal with the challenges of infant mortality.

According to her, the donation is to support the Tema General Hospital improve the health of newly born babies and reduce premature deaths within Tema and its environs.

“We believe that it is right to reach out to Tema General Hospital’s Neo-natal intensive Care Unit because all human life begins in a maternity room of a sort” she remarked and added that if we can all hold hands to help the unfortunate babies who upon entry into this world require extra healthcare, then they would have braved the odds to live.

She added that iMEM Foundation holds the view that the donated incubator will relieve the anxiety of hard-working officials of NICU just because the Tema General Hospital does not have an adequate number of incubators.

“We also understand the anxiety parents of these unfortunate babies go through all in a bid to ensure that their babies get the extra health care they require to live on after the first few days upon their entry in this world. It is in line with providing that relief iMEM Foundation donated the incubator to NICU” Mrs Aniagyei pointed.

She added that it was her foundation’s desire that the donated incubator would help reduce infant mortality and in the end further solidify Ghana’s position on the Millennium Development Goal four which has always looked at reducing the under-five mortality.

Receiving the incubator on behalf of the facility, Dr. Adjoa Dsane, Medical Officer in charge of the Neo-natal Intensive Care Unit of the Hospital said the lack of incubators at the hospital is a challenge to quality health care delivery at the facility.

According to her the hospital currently has four incubators which compel officials manning the facility to put two or three pre-term babies in one incubator and quickly added that the current practice is not the best. She mentioned that though it is not the best it is aimed at ensuring that they improved the care of the babies to reduce the mortality rate of pre-term in the hospital.

Dr. Dsane called on other well-meaning Ghanaians to come to the aid of the health facility with more incubators to reduce the pressure on the functioning ones.