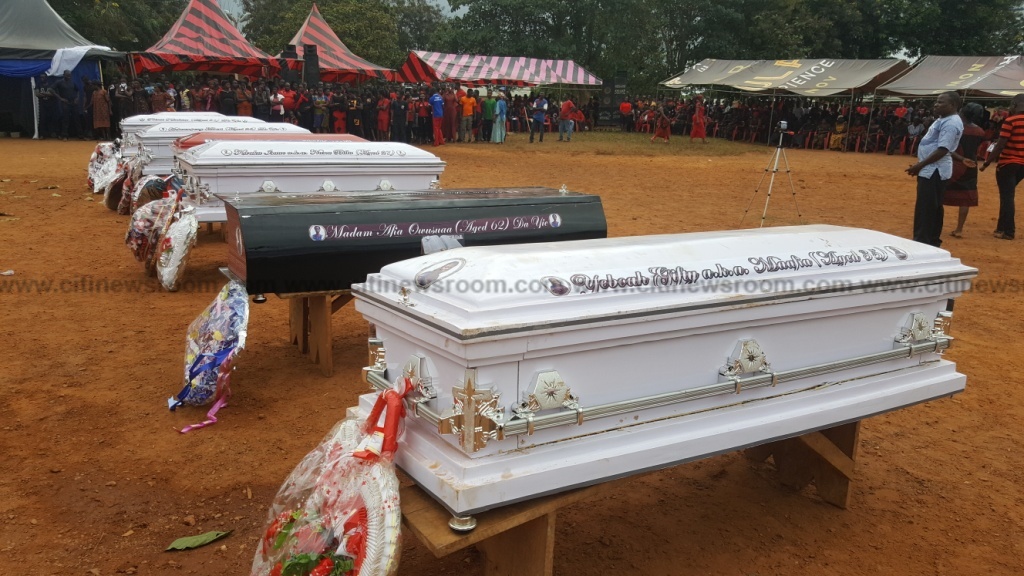 Some seven persons who perished when their car run into a land cruiser allegedly owned by NDC Member of Parliament for Asutifi South, Collins Dauda, have been laid to rest.

A burial service was held for them on Tuesday, September 25, 2018, at Atuahenekrom in the Brong Ahafo Region, before they were buried at Asamang in the Ashanti Region. 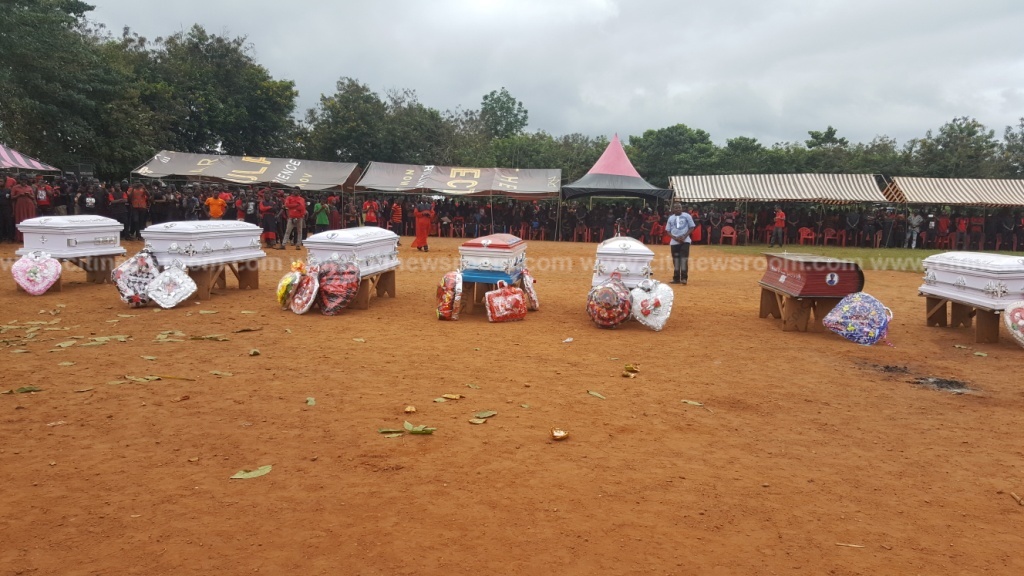 The crash occurred at a sharp curve between Wamahinso and Atuahenekrom in the Asutifi North district of the Brong Ahafo Region, when they were returning from Kumasi after attending a one-week funeral ceremony of a deceased family member.

The incident left all seven on-board a taxicab dead, with the 3 occupants of the Land cruiser sustaining injuries. The injured are responding to treatment at the Goaso Government Hospital.

Residents and sympathizers clad in red and black, wailed and sang hymns at the funeral grounds to bid farewell to their loved ones. 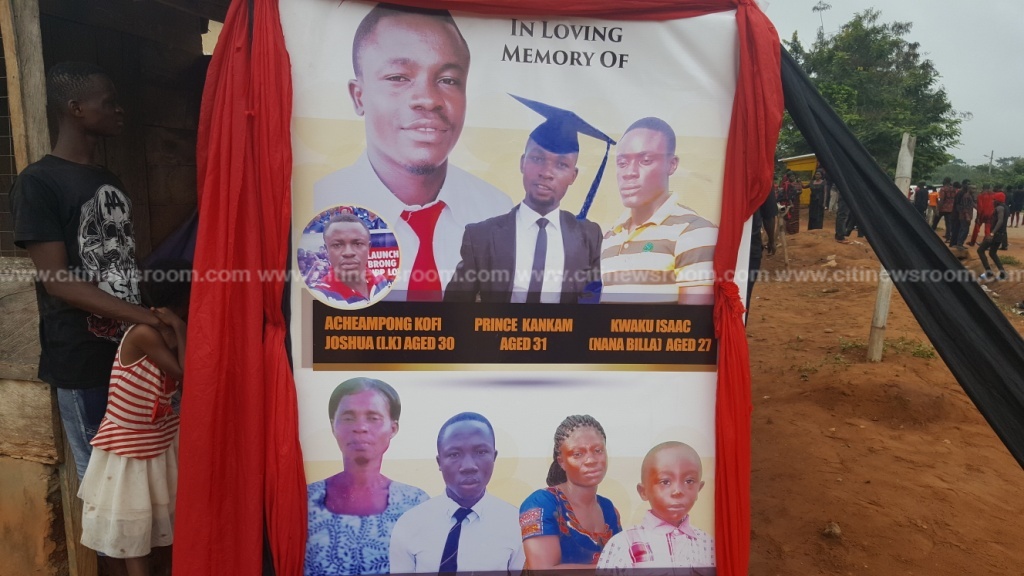 The Goaso District Pastor of the Seventh Day Adventist (SDA), Pastor Joseph Agyemang, basing his sermon on Romans 5:8 said God’s love for mankind was supreme in spite of challenges that one may encounter.

He therefore encouraged Ghanaians to love each other by sharing the blessings that God has bestowed on mankind.

He said the incident was a huge blow to the church and tasked members to pray for forgiveness. 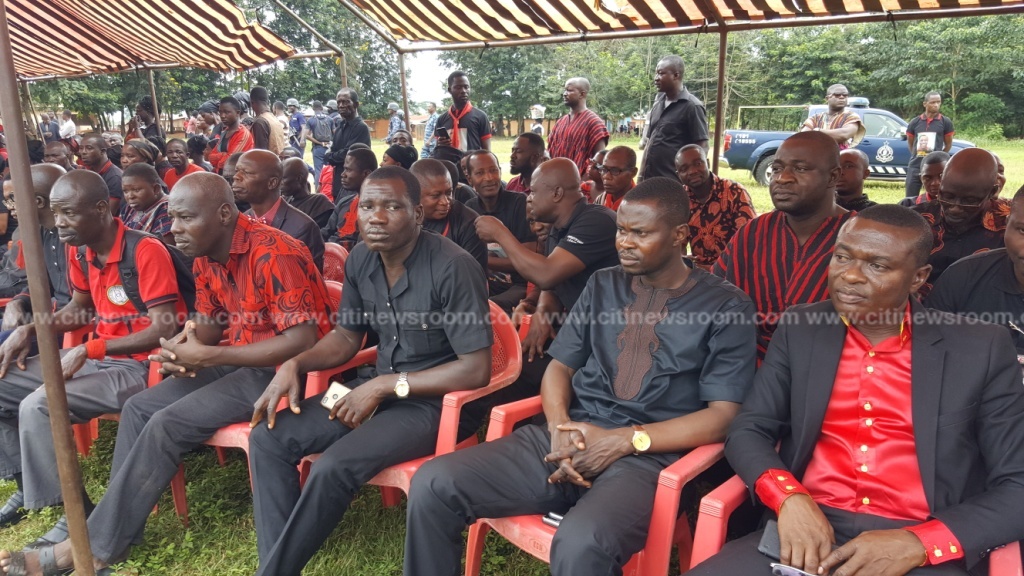 The Asutifi North District Assembly in a tribute read by the Coordinating Director, George Padmore Mensah to their Assistant Budget Analyst, Joshua Acheampong, described him as very competent in his work.

“Mr. Joshua Acheampong was posted to the assembly on 20th March, 2017, as the Assistant Budget Analyst. He was the secretary to the finance and administration sub-committee and the budget committee. For about one and half years, Joshua worked with the assembly, he showed consistency in his duties and proved himself to be diligent, sincere and an honest person. He possessed a high sense of responsibility, initiative and enormous energy in his professional conduct,” he observed. 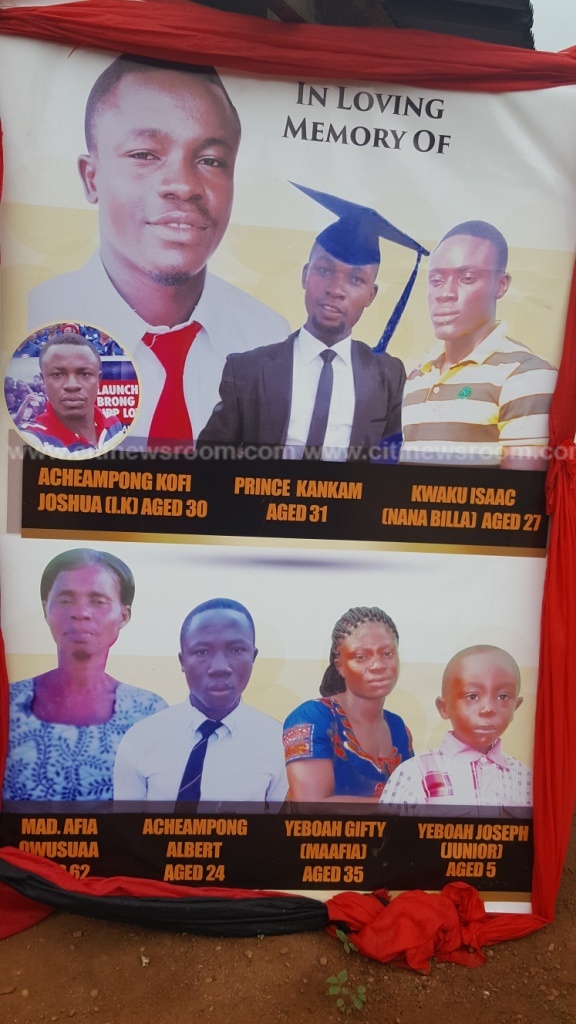 The Assembly member of the Atuahenekrom Electoral and Family Head, Hon. Ebenezer Oteng, in a Citi News interview, described the situation as devastating and a big blow to the family. 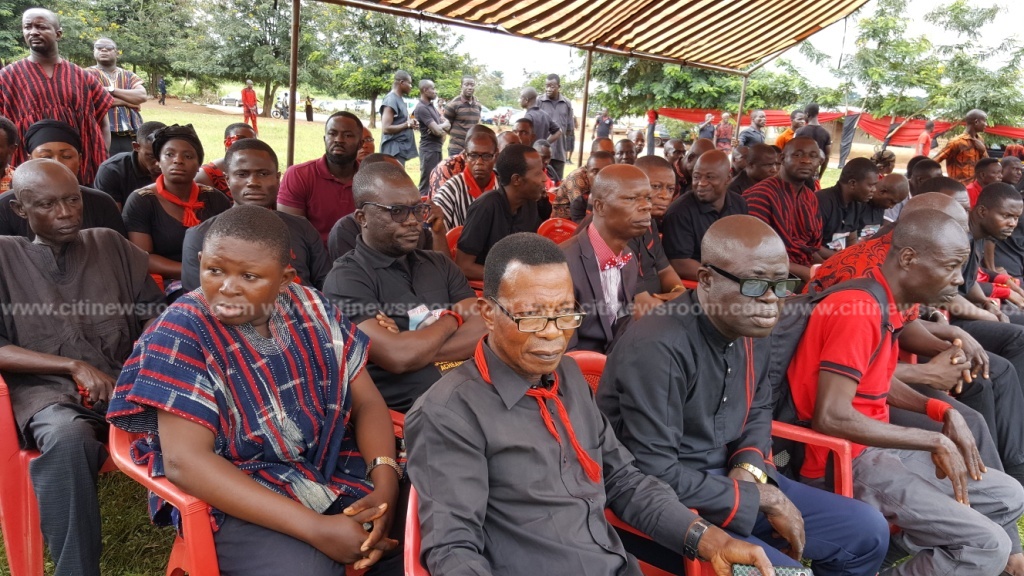 Police in the area say the accident is still being investigated, assuring that the culprits will be dealt with appropriately.

Collins Dauda has been in the news since Tuesday after he was invited by the Police to aid in ongoing investigation in an alleged assault case at Kenyasi.

But the Minority in Parliament and the Speaker of Parliament have all expressed anger at the Police in the manner in which they handled the case involving the MP.