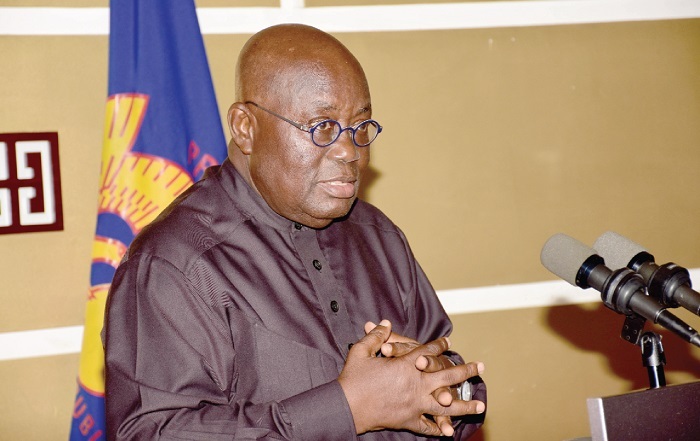 President Akufo Addo has charged Heads of State in Africa to draw up action plans that will address environmental degradation in their respective countries.

[contextly_sidebar id=”p352Jrd9HmxO3fcxPAQln5IjKclC4See”]Speaking at the Rebranding Africa Forum in Burkina Faso where he was given the 2018 Governance Leadership Award, Nana Akufo Addo, who is also the Co-Chair of the UN Eminent Advocates on the Sustainable Development Goals, expressed worry about the environmental challenges the continent is saddled with.

“In our quest to develop Africa, our beautiful lands and rivers are under threat. We are degrading our environment at an alarming rate. Our once beautiful and thick forests have been deluded of their cover, while our majestic and all inspiring water bodies have been polluted. Many of the animals have no longer safe habitats.”

President Akufo-Addo therefore called for concerted efforts to ensure that Africa’s environment is protected to save human lives.

“These are man-made problems and should be solved my man. This generation of Africans must understand that the degradation of the environment, possess a threat to our very existence.”

At the same forum, the Rebranding Africa Forum presented President Nana Addo Dankwa Akufo-Addo with the 2018 Governance Leadership Award in recognition of his commitment towards enhancing the living standards of the Ghanaians and governing the country in accordance with the rule of law.

Receiving the award in Ouagadougou, Burkina Faso, President Akufo-Addo expressed his gratitude to the Organising Committee of the Rebranding Africa Forum for honouring him with the award.

“We are duly humbled, and I thank you most sincerely for deeming my leadership of Ghana, over the last 21 months, worthy enough to merit this award,” he said. 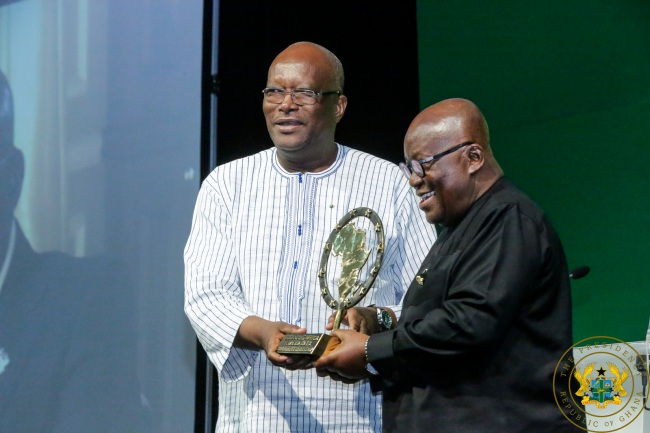 Delivering his remarks on the theme of the Forum, “Challenges and Opportunities of the Green Economy in Africa”, the President acknowledged that education, skills training and the provision of jobs are essential elements of “human well-being and ensuring social equity”, which are important components of the making of a ‘Green Economy’.

“Whilst we tread along the path of industrialization and seek to shed the cloak of being described as ‘Third World’ countries, we also have a responsibility to take care of our environment,” the President added.

A pressure group, Concerned Citizens of Atewa Landscape, has been putting pressure on the government not to allow bauxite mining in the Atewa Forest Reserve.

The government has been engaging with some Chinese investors on the prospects of mining bauxite in the forest reserve, but environmentalists have raised concerns over the negative effects this will have on residents in the area and the thousands of people who have their source of water from the forest.

Finance Minister Ken Ofori-Atta, mentioned during the presentation of the mid-year budget review that it had reached the agreement with a Chinese company Sino-hydro Group Limited to finance $2 billion of the country’s infrastructure in exchange for the nation’s bauxite.

But the group believes mining in the forest will have a more devastating effect on citizens.

“The position on not mining in Atewa, there is no middle ground to that and it’s not negotiable. The country stands to benefit a lot because the forest provides water for a lot of people and that is not something that you can trade for bauxite. We are not against mining bauxite in totality, we think Ghana has got some reserve and it is our right to exploit that and develop it for our own emancipation and so it is in order that they are trying to develop the bauxite reserve,” he said.