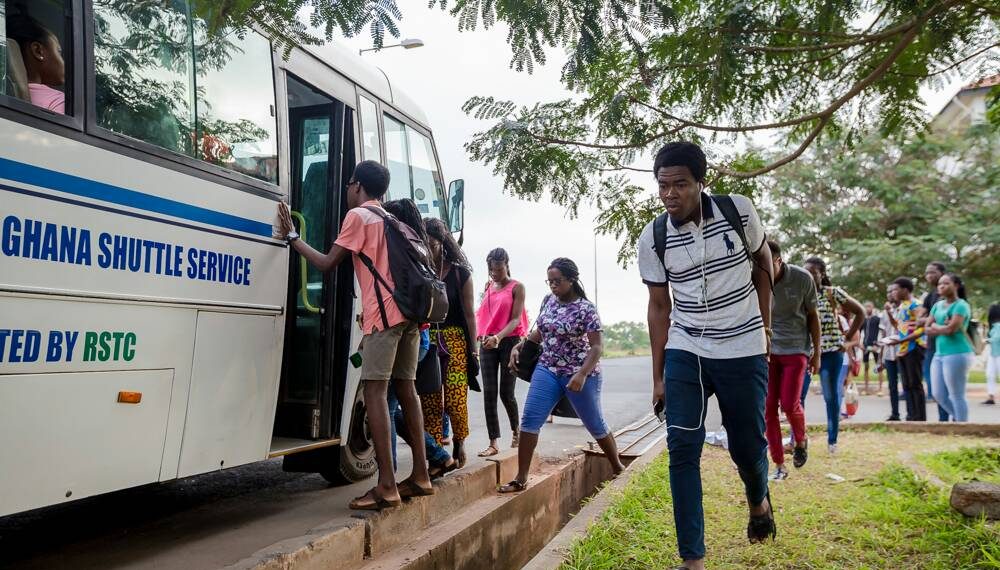 The Students’ Representative Council (SRC) of the University of Ghana will by the end of this week hold a demonstration to compel management address the challenges of shuttle services and the operationalization of power plants on campus.

Sylvester Amoako Quarshie, President of the council, insisted that the purpose of the protest is to get a favorable response from university authorities on the matter.

[contextly_sidebar id=”1vgqvckmPBq6bDsJOyeenQYqTjqd1ws2″] Since the introduction of the Road Safety and Transport Consultancy (RSTC) buses on the university campus, the fare charges of shuttles have increased by more than 100 percent.

In spite of the increment, the fleet of buses is inadequate to serve the vast number of students, a situation students say is affecting their academic life on campus.

Also, students of the university have for some years now been agitating over the non-operationalization of power plants which were procured to provide back-up electricity during power cuts during the 2014/2015 academic year.

The students have accused the SRC of doing too little to reduce the burden on them.

But speaking on Radio Univers’ Campus Exclusive show on Wednesday, Mr. Quarshie debunked assertions that the SRC has been ‘weak’ to fight for the interest of the student front.

“It is long overdue, the discussion started from June. We have had meetings with the all the relevant stakeholders. I am not leading a weak front.”

“If we cannot get a response from management by Friday, we will go through due process and go for a peaceful demonstration. We will call our people, we will put them together and it [demonstration] will happen”, he disclosed.

Students of the University of Ghana continue to mount pressure on the SRC to force management to abrogate its contract with the transport company managing the shuttle services.

According to them, they do not enjoy the value of their money under the current contract.

However, the SRC is also struggling to put their concerns across as it believes nothing will push University management to rescind its decision.

Meanwhile, management of the RSTC has also said that it has been running at losses in the last two years it has been operating.

It therefore called on the students to pay more if they wanted more buses to meet their demands.

In 2015, the University of Ghana inaugurated a shuttle service, under a Public-Private Partnership with Road Safety and Transport Consultancy (RSTC) Limited.

Although the inauguration of the ten new buses was to enable staff and students have better and easy access to facilities on campus as the buses would ply various major routes on campus; the story has been different thereby putting a toll on students.