Ghana, Qatar to improve bilateral relations with signing of 5 MoU 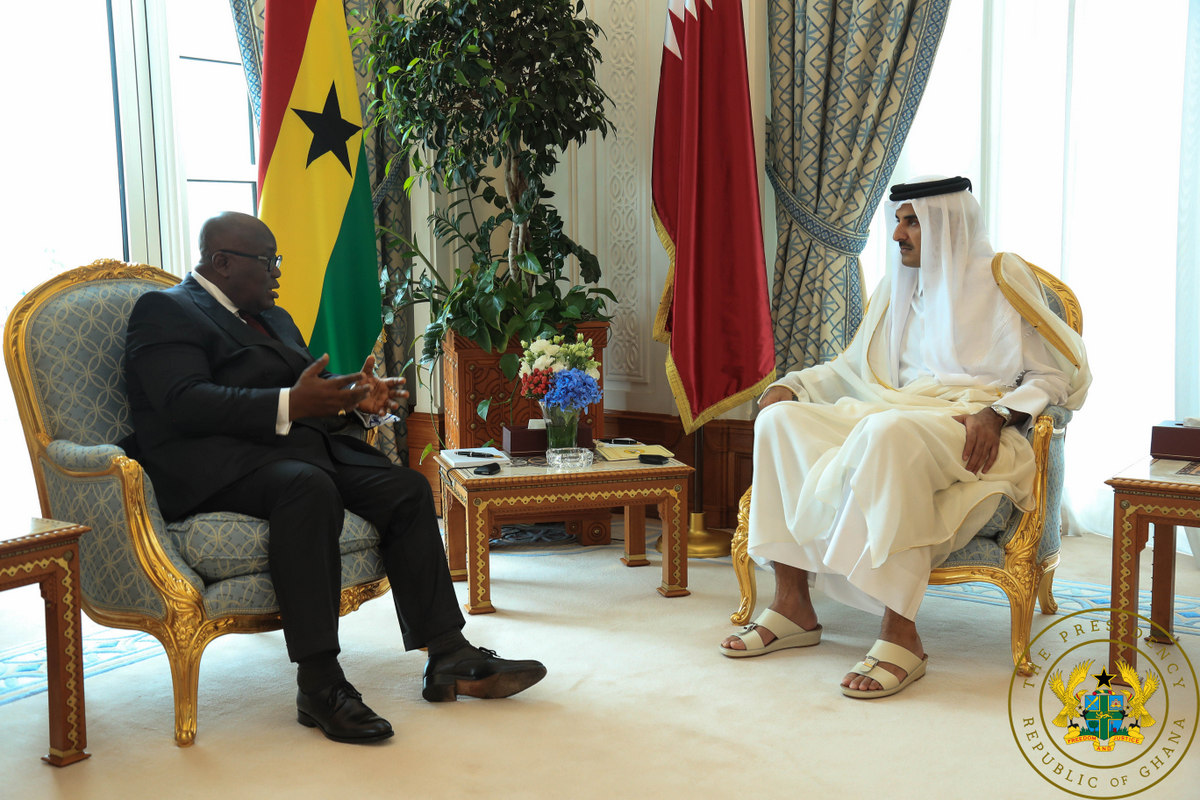 The Governments of the Republic of Ghana and the State of Qatar have signed five Memoranda of Understanding (MoU) for the establishment of partnerships between the two countries.

The first MoU signed was the “Agreement for the avoidance of double taxation and the prevention of fiscal evasion with respect to taxes on income.” 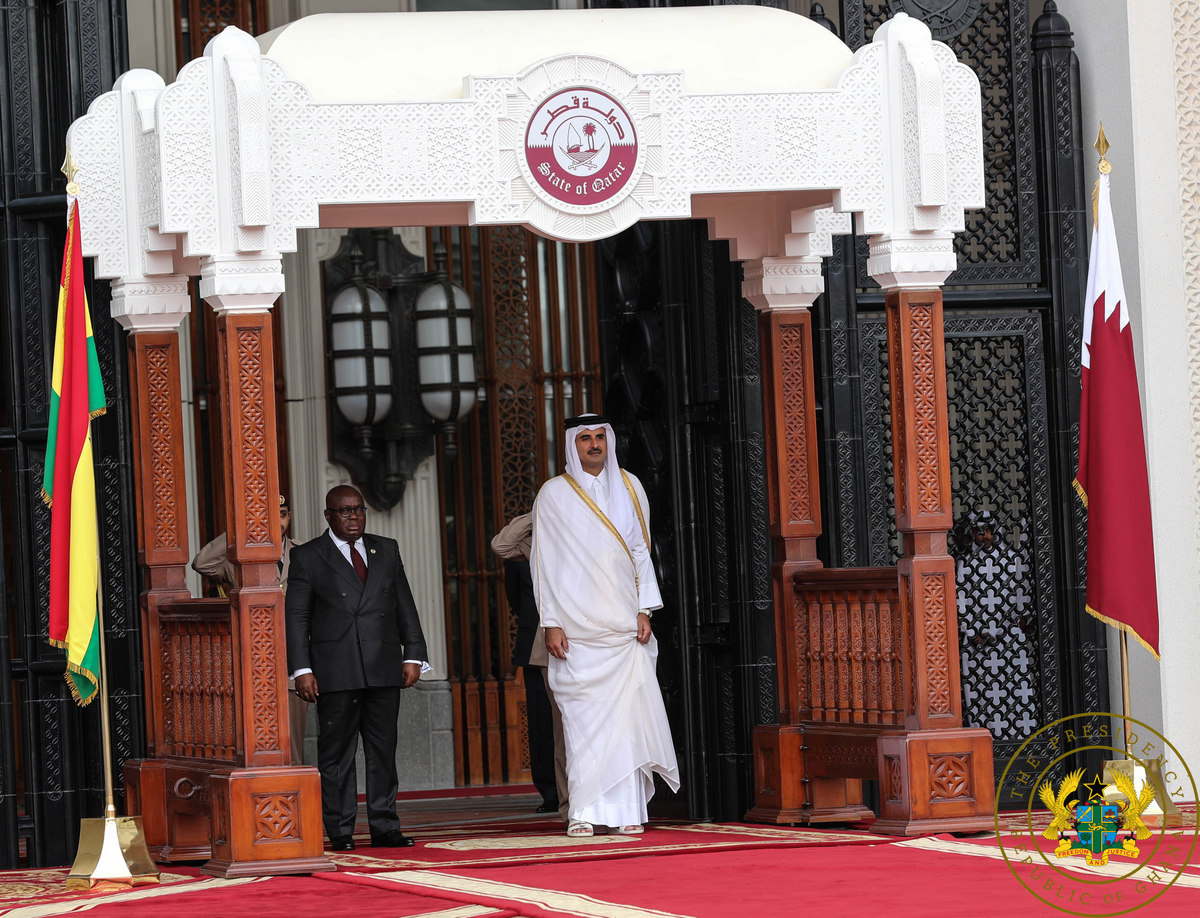 This agreement would help to alleviate territorial double taxation of the same income by the two countries.

The next MoU was on “the regulation of manpower employment in the state of Qatar”, signed, on behalf of Ghana, by the Minister for Foreign Affairs, Shirley AyorkorBotchway, and, on behalf of Qatar, by Mr. Uposif Bin Mohammed Al Othman, Minister for Administrative Development and Labour and Social Affairs. 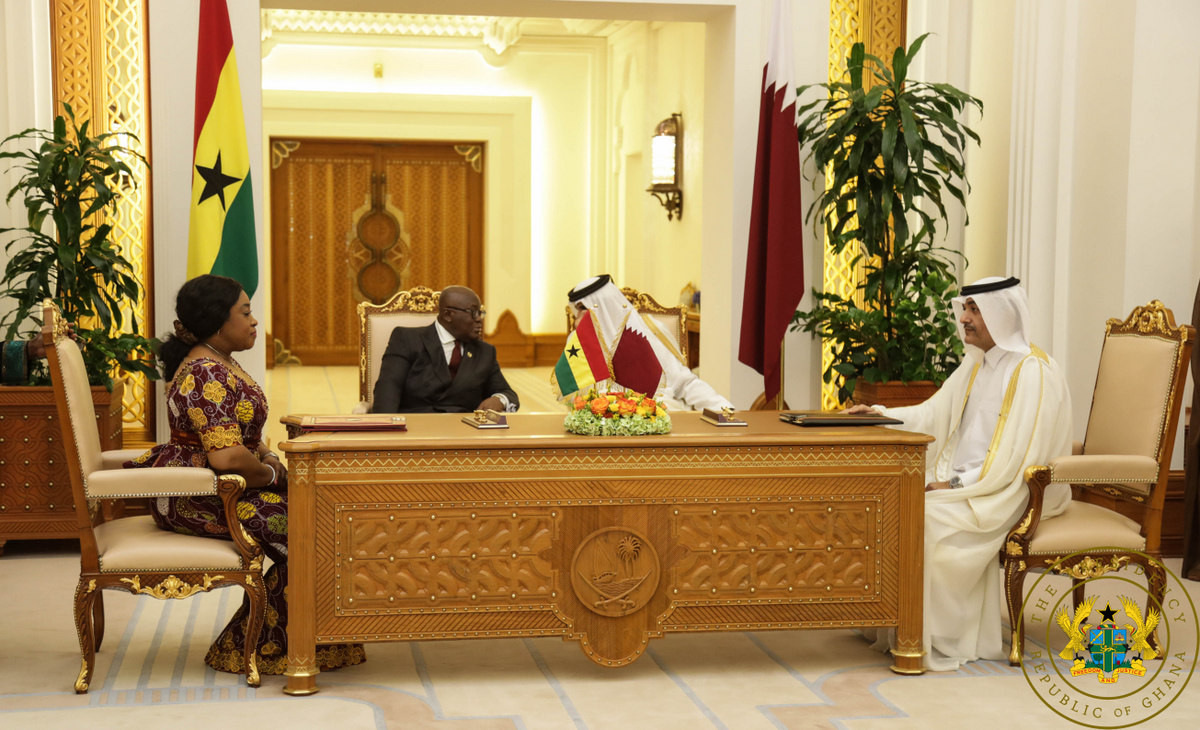 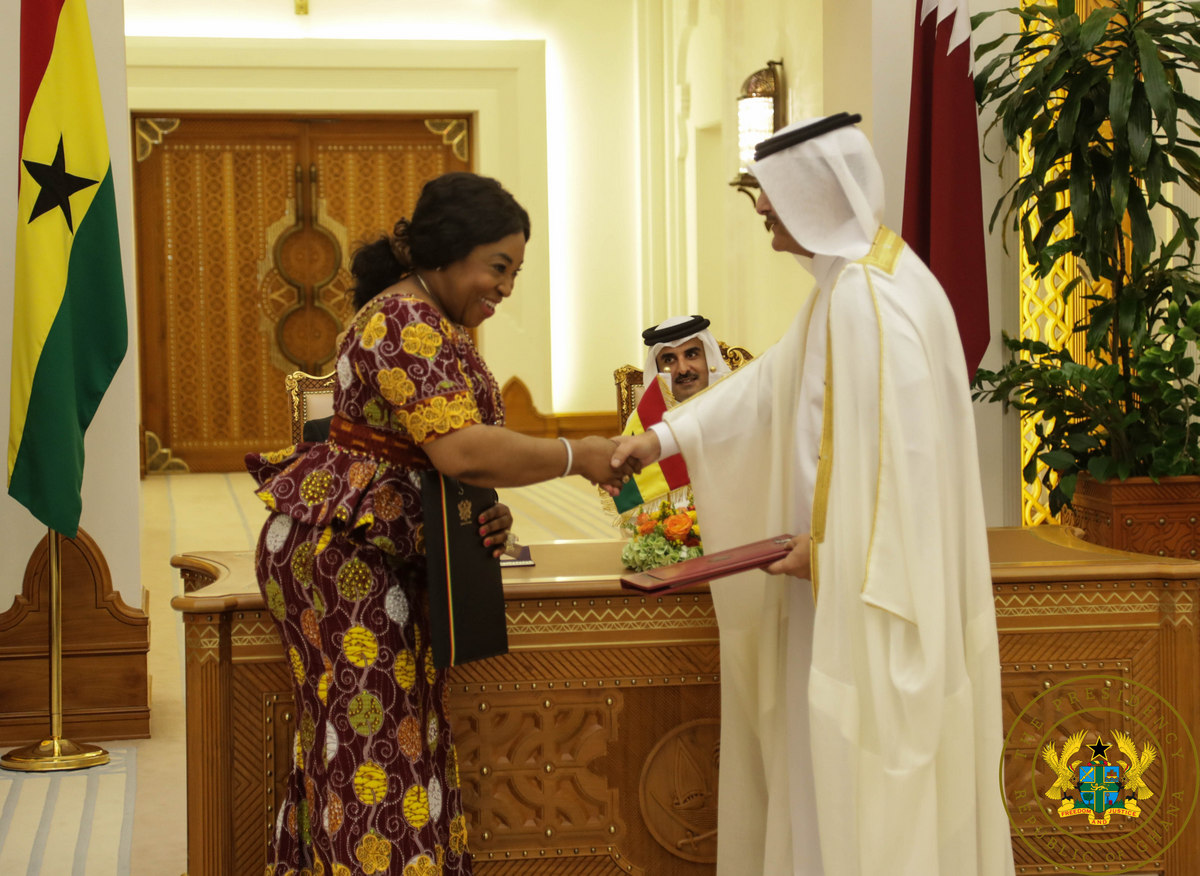 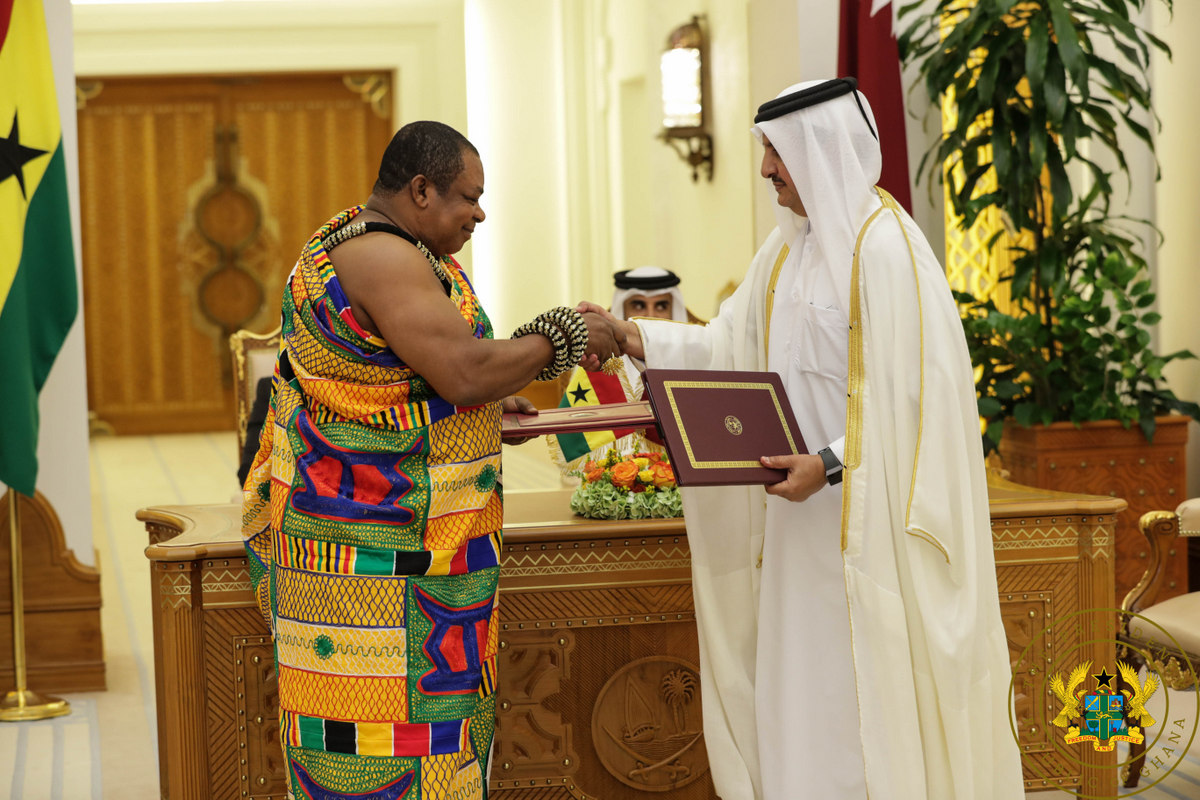 The “Memorandum of Understanding between Qatar Chamber and Ghana National Chamber of Commerce and Industry” was the last to be signed.

This was done by Nana Dr. AppiagyeiDankwoso I, President of the Ghana National Chamber of Commerce and Industry, and Shaikh Khalifa Bin Jassim Bin Mohammed Al Thani, Chairman of the Qatar Chamber. 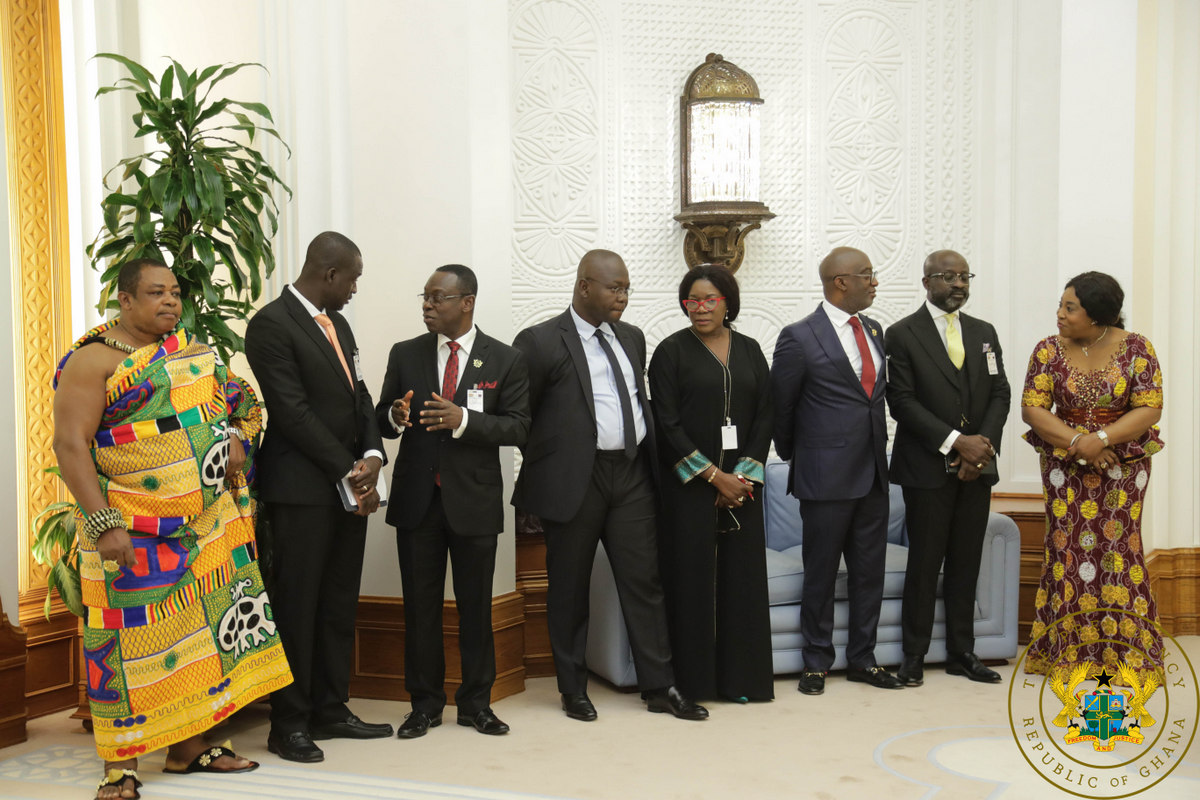 President Akufo-Addo and Sheikh Tamim bin Hamad Al Thanialso pledged to deepen the ties of co-operation and bonds of friendship that exist between the two countries for the mutual benefit of their peoples.