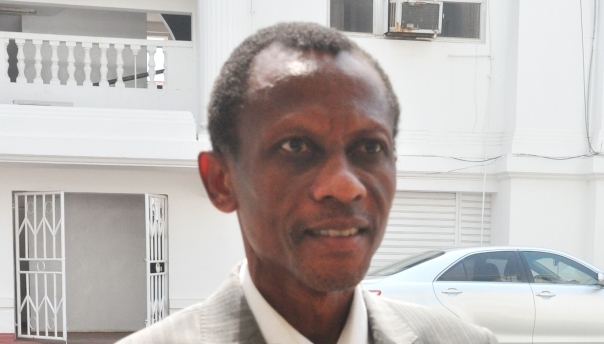 The three judges, in addition to Justice Charles Quist, were initially suspended in May.

They were among the 22 High and Lower Court judges captured by investigative journalist Anas Aremeyaw Anas, in audio and video recordings in 2015, showing them collecting bribes from litigants.

Their removal came after the Committee established by the Chief Justice, Sophia Akuffo to investigate a complaint lodged against the three judges by Anas Aremeyaw Anas, recommended their removal from office.

“The President, in accordance with the provisions of Article 146(9) of the Constitution, has acted on the recommendations of the Committee, as the Constitution enjoins him to do, and has, accordingly, removed the three Justices of the High Court from office on the grounds of bribery and corruption,” the statement said.

The Committee concluded that the conduct of the Justices amounted to a criminal offence under the Criminal Offences Act, 1960, (Act 29) (as amended).

President Akufo-Addo has also directed that a copy of the Committee’s report be submitted to the Criminal Investigations Department (CID) of the Ghana Police Service “for the requisite action to be taken.” 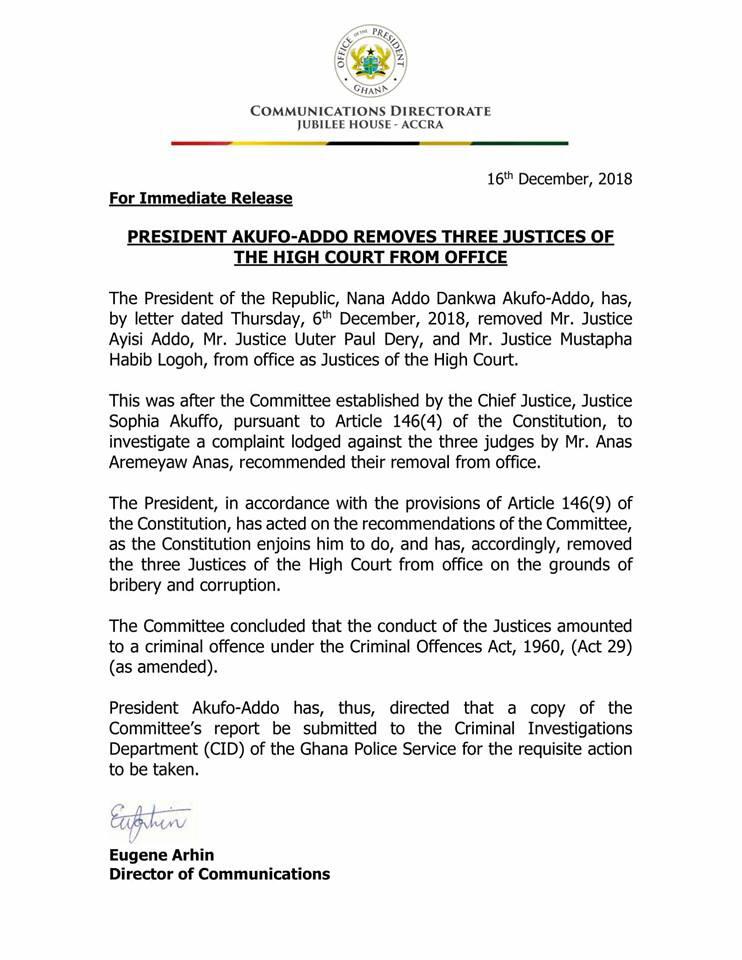 Over 30 judges and magistrates were caught on camera receiving bribes to free suspects on charges for crimes like murder, rape and drug trafficking,

A disciplinary committee of the Judicial Council was set up to probe the revelations.

More than 100 staff of the Judicial Service were also investigated after Anas submitted a petition and videos showing them receiving bribes.

On December 7, 2015, the Council unanimously decided to remove from office 20 of the Judges and Magistrates cited in the petition.

Paul Uuter Dery and Habib Logoh, have been challenging the claims of corruption against them.

They spared no detail in trying to frustrate attempts to indict them.

In 2017, they took on then-Chief Justice, Theodora Georgina Wood, for selecting a private legal practitioner to represent her in court instead of the Attorney General.

Logoh had earlier cited the Justice Theodora Georgina Wood for contempt of court for going ahead with impeachment proceedings against him when he had other suits pending in court in relation to his interdiction.

Anas was also met with suits claiming he was a fraud.

Paul Dery sued Anas a couple of times at the Supreme Court seeking to nullify a petition for his removal but lost those cases.

Paul Dery wanted the petition calling on the Chief Justice to impeach 32 lower and high court judges over allegations of bribery dismissed.

They currently have a case at the ECOWAS Court which has been scheduled for hearing on the 23rd of January 2019.