Earthquake may be imminent in Ghana – Geological Authority warns 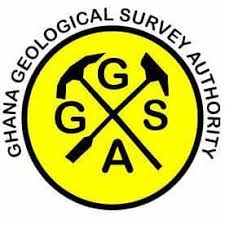 The Ghana Geological Survey Authority (GGSA) has warned Ghanaians to brace themselves for a possible earthquake following the earth tremor which hit some parts of Accra on Sunday.

Although it could not give further details about Sunday’s incident, the GGSA said it were gathering more data from all of its stations in order to better classify it and determine the center of the tremor and its possible implications.

Residents living in Weija and Gbawe as well as the parts of Accra on Sunday reported experiences of the brief tremor, which shook their buildings.

A senior official of the GGSA, Nicholas Opoku in a Citi News interview said the authority’s station at GIMPA had recorded the tremor but officials are still collecting additional information from other stations.

“There was an earth tremor this morning. One of the stations at GIMPA recorded this event so we can confirm that it was a small earthquake. For the magnitude, we have only one of our station’s data but it tells us that the magnitude is not up to 5, it is somewhere a little above 4 so we are going to some of our other stations to retrieve data then we can have enough data, analyze it and give the exact magnitude and location of this earth tremor.”

While indicating that there were adequate signals that an earthquake was imminent, he said there is the need for preparation to avoid surprise.

Some of the residents took to social media to share experiences of Sunday’s earth tremor. 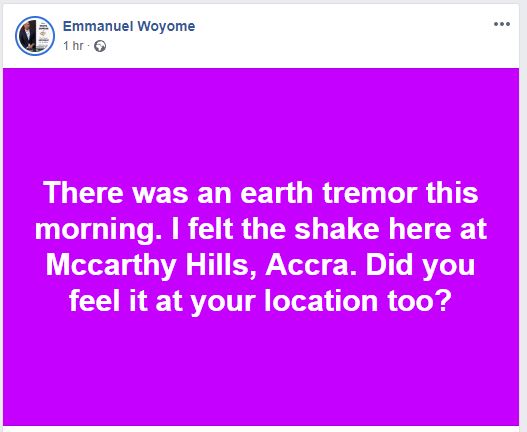 A similar incident occurred in March 2018 with residents experiencing the tremor as many as three times within a day.

‘We’ve delivered on many of our promises’ – Bawumia

'We've delivered on many of our promises' - Bawumia