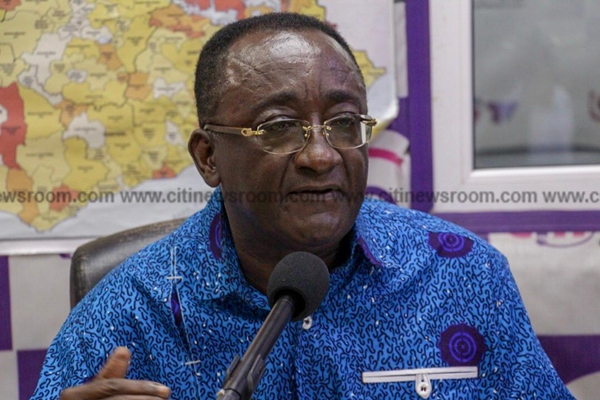 Today, December 7, is Farmer’s Day, and it has been dedicated to celebrating Ghanaian farmers and fisher-folk whose contributions have supported the growth of the country’s agricultural sector.

While it largely highlights the achievements of local farmers, that day also presents an opportunity to bring to the fore some challenges confronting farmers in the country.

[contextly_sidebar id=”HoYUwKVo74fCiUi0bqVctzd0ymiBEBHF”]Ahead of the celebrations, sector Minister, Dr. Owusu Afriyie Akoto, has indicated that the Ministry is working assiduously to address the challenge of fertilizer smuggling in the country.

The issue of fertilizer smuggling has been a major challenge to the growth of agriculture in the country as local farmers are unable to access fertilizers.

Reports indicate that the Sissala East Municipality and Sissala West District are notorious for the smuggling of subsidized fertilizer across the borders, and this is done by some unscrupulous influential individuals, who often disguise themselves as farmers, to hijack the fertilizer coupons, denying poor farmers the opportunity to benefit from the intervention, meant to increase crop yield and returns.

But according to the Minister for Agriculture, Owusu Afriyie Akoto, the government is committed to addressing the phenomenon.

“We are going to address it. It is a worrying trend we have to cut out, and we are determined to do so,” he said in a Citi News interview.

Experts have cautioned that the future of agriculture in the country could be greatly threatened if the issue of fertilizer smuggling is not addressed.

Dr. Afriyie Akoto noted that the Ministry is collaborating with other partners to make the challenge a thing of the past.

The 33rd celebration of the Farmers’ Day will be held in the Northern Regional capital, Tamale, under the theme: “Agriculture, Moving Ghana beyond aid”.

The Information Minister, Kojo Oppong Nkrumah, at a press briefing on Wednesday, said the day will not only be used to reward hardworking regional and national best farmers.

“It will also be used as a platform to outline efforts by the administration to further enhance Agric productivity and its rewards to farmers in 2019 and 2020. We will also use the provided opportunity to highlight work aimed at improving the welfare of farmers.”

We’ll subpoena ‘incompetent’ TOR officials to appear before us – Mutawakilu