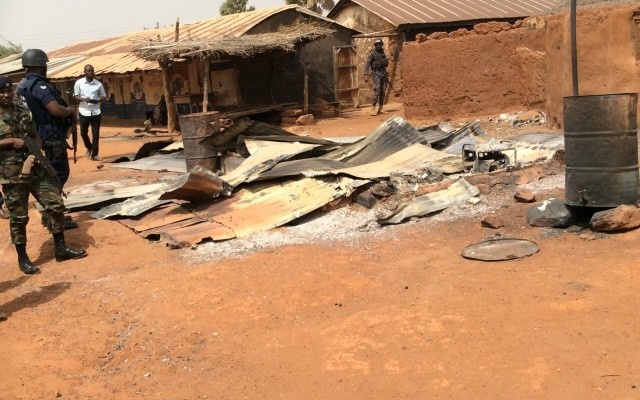 At least two people are feared dead with two others  injured in a renewed chieftaincy clash between two factions at Bole in the Northern Region.

The violent clash occurred in the early hours of Monday, December 10, 2018.

[contextly_sidebar id=”KLAlqGfVgKodGKabo92g4miFLqHAXKWp”]Several houses have also been burnt with many fleeing the town.

Reports say one faction in the chieftaincy dispute, Mandari, was celebrating the Damba festival when some persons who belong to the Alhaji Abudu gate, fired into the crowd, killing one person on the spot and injuring two others.

Some armed persons belonging to the Mandari gate returned fire that left one person injured, but he was later pronounced dead after he was rushed together with other injured persons to the hospital.

He said the joint security team will also engage the feuding factions to ensure peace and also find the perpetrators of the crime.