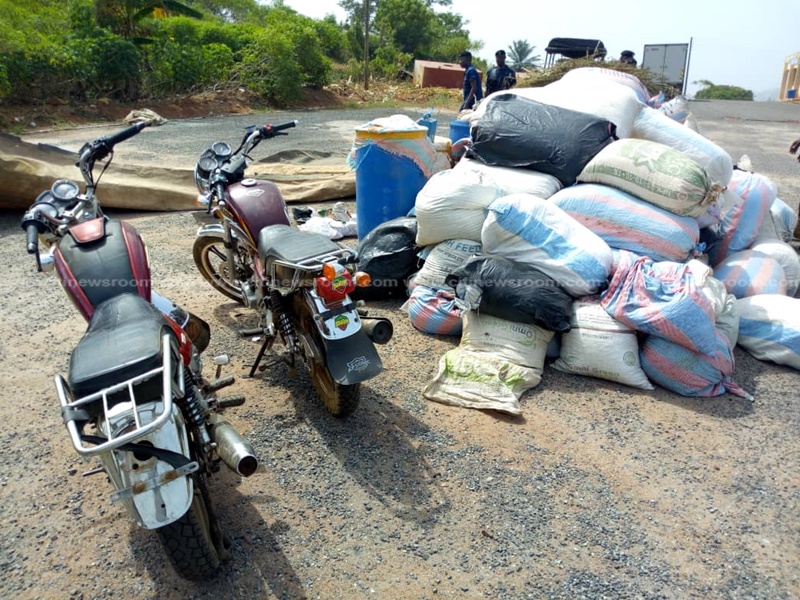 Police in the Volta Region have impounded some dried leaves suspected to be Indian hemp at Kayira in the South Dayi District.

A team of 25 SWAT police officers under the leadership of ASP Eric Banini, chased two men on two unregistered motorbikes upon a tip-off that they were carrying illicit drugs in Kpeve last Saturday. 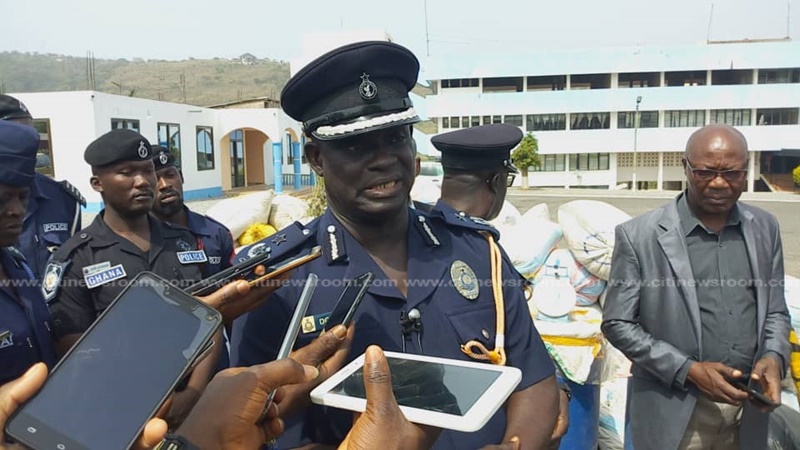 The men abandoned their bikes and took to their heels, but were later apprehended in addition to two others believed to be part of a cartel.

A further search by the police led to the discovery of 50 bags, four drums of a substance suspected to be Indian hemp, and 4 locally manufactured guns.

The suspects, Prosper Donkor, 27, Adormla Torvor, 70, Gati Samuel, 38 and Dotse Noah, 25, are in police custody and are being processed for court. 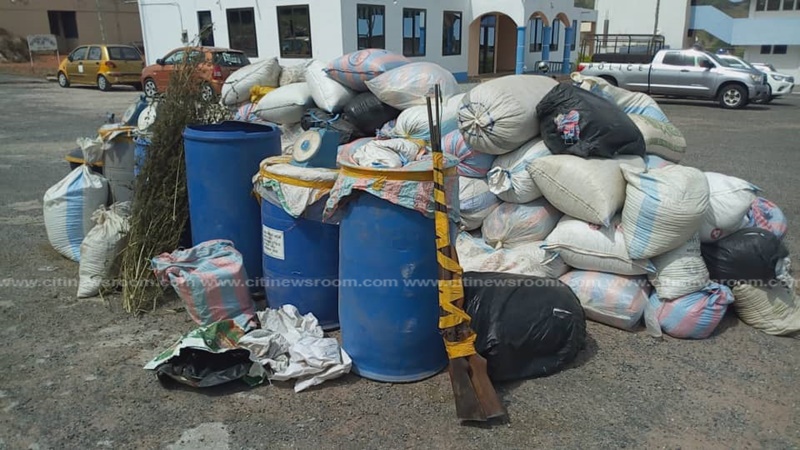 The Volta Regional Police Commander at a news conference reiterated the commitment of the police to the fight against illicit drug.

According to Mr. Doku, the street value of the substance if confirmed to be cannabis will be around GHc 300,000. 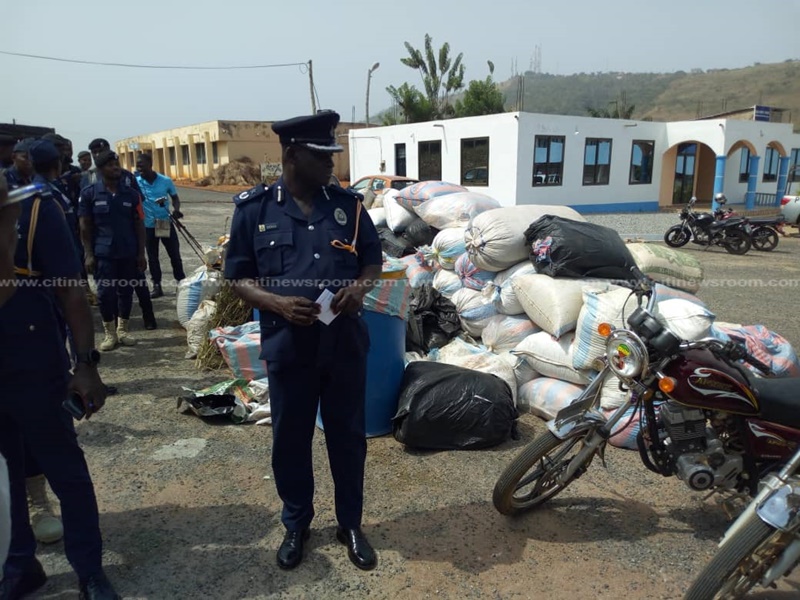 The use of marijuana or cannabis, known in Ghana as wee or the devil’s tobacco, has been outlawed. However, there’s growing advocacy for a national discourse on the usefulness of the herb, and its possible legalization and regulation.

Countries like Uruguay, the United Kingdom and the United States of America, have a regulated regime that allows marijuana to be put to good use.