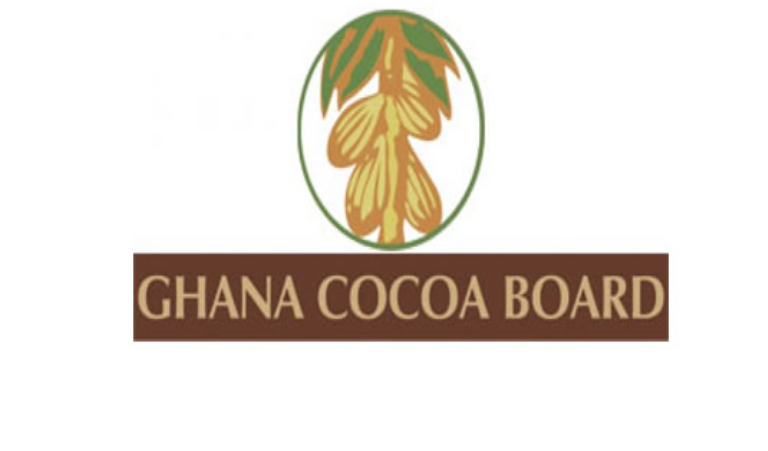 COCOBOD has chided former President John Mahama for what it describes as a deliberate attempt to always “make false statements about COCOBOD and the cocoa industry”.

COCOBOD in a press statement copied to Citi Business News accused Mr. Mahama of trying to run down the cocoa industry for political expediency.

It stated that the development is unfortunate since the former president is in a good position to know all the facts surrounding the industry and how the current administration has helped stabilize the sector.

The Management of Ghana Cocoa Board (COCOBOD) has observed with utter dismay the apparent propensity with which former President John Dramani Mahama, at the least chance, goes public to make false statements about COCOBOD and the cocoa industry. Management considers his actions as deliberate and for political expediency, and Management believes so because he is adamant about the time and pains that Management has repeatedly taken to explain or debunk old issues and old misinformation.

On his current nationwide campaign tour for return as President and in his bid to pour diatribe and vituperations against the current Government, Mr. Mahama has once again not spared the industry and Management his porky-pie deliveries.

Specifically, Mr. Mahama told a gathering of NDC supporters in the Western Region that the current Government and COCOBOD Management have deliberately refused to increase the producer price of cocoa, which according to him should be increased each year. In justifying it, he used the historical changes in the currency exchange, alluding that with the dollar exchange rate moving from GH¢3.9 in 2016 to GH¢5.0 in 2018, there should have been an automatic upward adjustment of the producer price of cocoa.

This is an unfortunate assertion because the exchange rate is just one of the many factors that are used in the determination of the producer price of cocoa in Ghana. Aside, there are operational cost – buyers’ margin, haulage, warehousing, fumigation, quality assurances, pre-harvest and other post-harvest cost. A key factor which cannot escape any fair and rational analyst is the world market price.

In 2016 when he was in office, the average price at the world market was US$3,000 per tonne, and the producer price paid to cocoa farmers was GH¢7,600 per tonne. In 2017 and 2018, the world price dropped to an average of US$2,000 sometimes touching US$1,800 per tonne. Applying former President Mahama’s principle of exchange rate, far less per same tonnage is being realized now from the world market than before. Yet, the current Government has over the past 2 years continued to maintain the GH¢7,600 producer price, which is the highest among cocoa producing countries globally. It is unfortunate that the former President would want to incite cocoa farmers using the producer price when he knows world market price of cocoa is at a record low.

The former President also made a claim that his administration paid for fertilizers meant for cocoa farming before leaving office but the new Management of COCOBOD decided to sell the fertilizers to farmers and has allowed some to go waste. This again was a deliberate diatribe. Umpteenth time, Management of COCOBOD has refuted this claim, AND LET IT BE REFUTED ONCE AGAIN THAT NO FERTILIZERS WERE PAID FOR, NEITHER WERE ANY MONIES LEFT IN THE ACCOUNTS OF COCOBOD FOR FERTILIZERS AS AT 1ST JANUARY 2017. The new Management under the current Government had to secure a loan from the Bank of Ghana to pay for and take delivery of fertilizers for 2016/2017 crop year way after April 2017.

The fact of the matter is that the annual syndicated facility of US$1.8 billion for the 2016/2017 crop year whose drawn-down started in October 2016 had been completely disbursed on 31st December 2016 without making any reservation whatsoever in the accounts of COCOBOD for fertilizers and chemical inputs. In any case, per COCOBOD’s policy, fertilizers and chemicals ought to be tested or verified upon delivery before payment. The 2016/2017 fertilizers started arriving in the country in April 2017 when the NDC were long out of office. And so, why and how then did they pay for fertilizers that have not been delivered let alone to be certified?

Still on fertilizers. Management wishes to state that while the policy of giving free fertilizers to our hardworking cocoa farmers looks commendable, the facts gathered in assessment of the policy clearly showed that the intended outcome of former President Mahama free fertilizer

policy was NOT achieved. Instead of increasing production, the policy led to an avoidable decline. Smuggling took the better part of his free fertilizer policy and chunk of fertilizers ended up in the hands of farmers outside the country. Meanwhile Ghanaian cocoa farmers who were in real need of fertilizers were deprived, thus leading to a fall in the country’s cocoa production from 1 million tonnes to 740,000 tonnes. Our production remained below 800,000 tonnes until the NPP took over the reins of administration.

It is important to note that ever since the Hi-Tech fertilizer was introduced in Ghana, it was only former President Mahama who subscribed to the free fertilizer policy and only his rein registered a continuous decline in production. Former President Kufuor supported farmers with a policy of subsidy, and the country’s cocoa production increased steadily from 350,000 tonnes in 2000 to 765,000 tonnes in 2008. Professor Atta-Mills maintained the subsidy policy and the increasing momentum was sustained up to a record 1 million tonnes in 2011. In the past two years that the subsidy policy was reinstated under President Akufo-Addo, production has bounced back to over 900,000 tonnes. Clearly, something was wrong with the Mahama policy, and obviously it was political patronage and smuggling.

Further on fertilizers, it is factually incorrect that fertilizers have been left across the country to expire. Indeed, the organic fertilizers which are the subject of issue ordinarily are the best but unfamiliar to our farmers. Upon discovery that patronage was low, Management with approval of the Board of Directors decided to assist farmers operating pollinated farms with the organic fertilizers months before their expiration.

It is welcoming to have our former President take interest in our cocoa farmers but not with inaccurate statements which will only create disaffection and enmity between the Managers of the industry and the hardworking farmers.

The Management of COCOBOD with the support of the Government remains very committed to rolling out policies and interventions that aim at improving the standard of the cocoa farmer. Our fervent prayer is that all stakeholders play their respective roles in the development of the cocoa sector and in doing so avoid, deliberately or otherwise, the spread of misinformation that will only go to weaken the strong relationship that exists within the industry, especially with cocoa farmers.