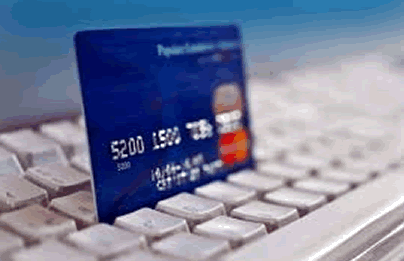 Askia Mborta is waiting for her wages. Like the other three dozen men and women sitting with her under the shade of the trees at the edge of her village of Adukram, she works in a government job creation scheme.

The cashier from the Kuwamuman Rural Bank has come down the dusty, reddish road from the district town in a small, armoured off-roader. He has brought a card reader which includes a fingerprint scanner, laying it down on a wooden bench and connecting it to a generator.

When Mborta’s turn comes, she sits down on the bench in front of the cashier. He checks over a list to see what she is due in wages. Mborta then inserts her cash card with the e-zwich logo into the device’s slot and places a finger onto the scanner. This is how the mother of four identifies herself as a legitimate wage earner, as her card’s chip has the prints of all ten of her fingers saved. Mborta asks for cedi (the Ghanaian currency) and a receipt from the cashier. She could also simply load her wages onto the card.

Archie Hesse would have been pleased with how the payday went in this community of mud hut homes. The chief executive offficer of Ghana Interbank Payment and Settlement Systems Limited (GhIPSS) sits in his office in the Ghanaian capital of Accra, five hours’ drive south of Adukram, explaining the e-zwich system with the slogan “easy banking for everyone”.

At root, banking in Ghana is by no means an easy undertaking; even less so in rural areas. There are only 140 independent rural banks around the country. Two-thirds of all districts have an institution like this with just a few branches. The process for transactions is laborious and wages are often paid with a cheque that can only be cashed at a particular bank. Cash is in great demand. But that is a problem, according to Archie Hesse, who explains that the large amount of cash in hand misses out on circulation in the financial system.

People at the central bank subsidiary GhIPSS came to the conclusion that they needed a payment system that would be fraud-proof, easy to use and workable to implement at all financial institutions. On top of that, it had to be capable of supporting illiterate users. This resulted in e-zwich being rolled out ten years ago e-zwich being rolled out ten years ago; zwich as in switch, but with a smoother pronunciation. The cardholder does not need an account – many indigent people in rural areas still do not have one. The card is the only thing necessary to pay in and take out money.

The idea sounds obvious, but nevertheless, e-zwich’s development was long-drawn-out. Customers and interested banks were lacking. Subsequently, in 2012, a package to support e-zwich was agreed between Ghana and Germany. The implementing organisation on the German side would be KfW, which considered the project fundamentally worthy of support, though this did “demand a certain volume of transactions to be able to sustainably establish e-zwich in the market,” as project manager Jana Reinheimer from KfW Development Bank explains.

For instance, the aim was for authorities to pay wages via e-zwich. “For banks, rolling out the system is associated with costs. e-zwich’s attractiveness for them only increases when this burden of costs pays off in the long term. The higher the e-zwich transaction volume, the higher receipts from fees are for banks,” Reinheimer states. The turnover processed through the cashless system has more than trebled since 2011.

KfW is making it easier for Ghanaian banks, including savings banks, to connect to e-zwich by offering them loans on favourable terms to buy hardware (cards, mobile card readers and cash points). KfW has provided seven million Euro from the funds of the German Ministry for Economic Cooperation and Development (BMZ) for this purpose, with half of this sum already claimed.

Repaid amounts can then be resupplied for further hardware purchases. In this process, KfW Development Bank pays particular attention to the social impact of e-zwich. “The poor rural population is our target group,” says Reinheimer. Robert E. Austin, National Coordinator of the Ghana Social Opportunities Project (GSOP), also works to improve their plight. Poverty, Austin says, is always the consequence of a lack of access to education, hospitals and financial institutions.

The programmes run by GSOP are funded by the World Bank. In addressing the question of how to get the money to the poorest people, GSOP opted for e-zwich. The security of the biometric system gave it the edge over its competition, Austin reports, as did the advantage of transactions also being possible offline (they are cleared when the terminal is back online). Systems that specifically demand stable internet access do not go far in Ghana’s impoverished northern regions. 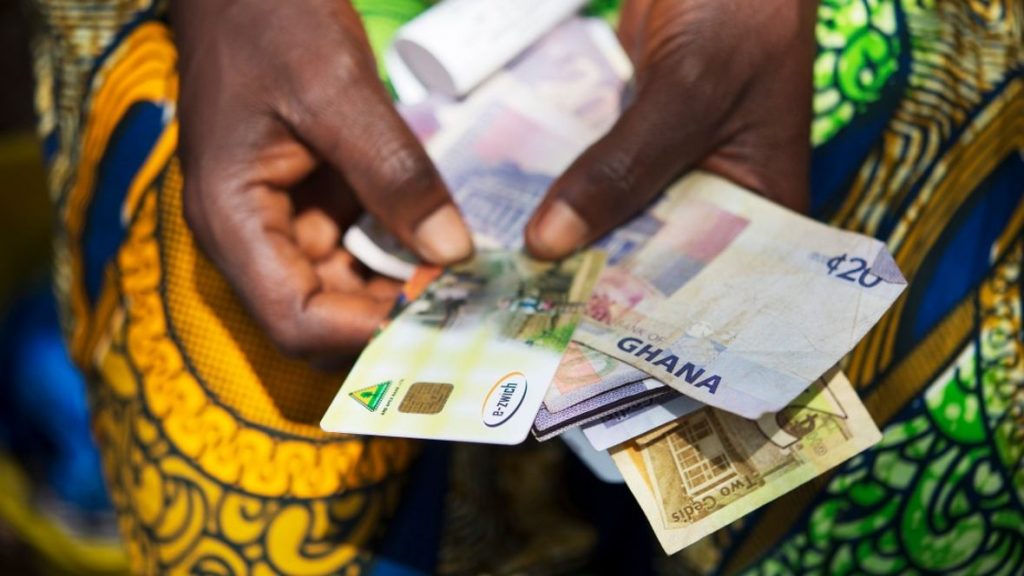 Around 40,000 people in the 60 poorest districts of the country take part in the GSOP job creation scheme, which also entitles Askia Mborta to a wage of 8 cedi equivalent of 1.60 Euro) per day. For instance, these workers improve roads or revegetate derelict farmland. Men and women receive equal pay for equal work. “We pay small sums to many, many people in the country,” Austin says. The people would previously have waited six months for their money; today with e-zwich, they have it within four weeks. In addition, only those who earned the money are able to collect it.

By comparing data of e-zwich cardholders with data from payrolls, the National Service Scheme (NSS) alone found 35,000 “ghost names” among its files. The NSS is a mandatory national service programme in which all Ghanaians over the age of 18 must do a year of community work, whether in agriculture, education or healthcare. For this, they receive 350 cedi equivalent to around 74 Euro) a month.

When the NSS switched all payments over to e-zwich with biometric data, it emerged that around half of the payees were fraudsters who had simply added a second or third NSS name. After the data were purged, “the government saved 12 million cedi every month,” Archie Hesse reports. e-zwich also makes it possible to fight the widespread corruption.

In some cases, such as that of worker Askia Mborta, the bank comes to the customer with e-zwich, though naturally it can also work the other way around. Cash points with fingerprint scanners are needed to be able to use the system outside of bank opening times. Thirty-four units, each costing around 24,000 Euro, have been purchased to date with the aid of KfW loans. The Rural Bank in the district capital of Wenchi has acquired four of these just for its own institution, which is seven hours’ drive north of Accra and provides 5,000 customers with the e-zwich card.

Bank director Yaw Odame explains why the biometric system is superior to the PIN process of other cash cards: “We have many customers with low levels of school education who are not too strong when dealing with numbers.” With e-zwich, however, poor people can also become account holders, as the revenues generated with the card provide indication of a customer’s creditworthiness, which is a pre-requisite for opening an account.
Askia Mborta has been a participant in the e-zwich system for a year. The small piece of plastic is a type of digital connection to living environments that are far removed from her own. Six mornings a week, she plants acacias on the bank of the nearby river along with her fellow villagers. She receives 224 cedi a month from GSOP for this. “The money helps my four children,” she says with a smile. Thanks to the card, she does not need to make the arduous journey to town to obtain the money.

Ablakwa calls for legislation to ensure gender balance in governance

Ablakwa calls for legislation to ensure gender balance in governance