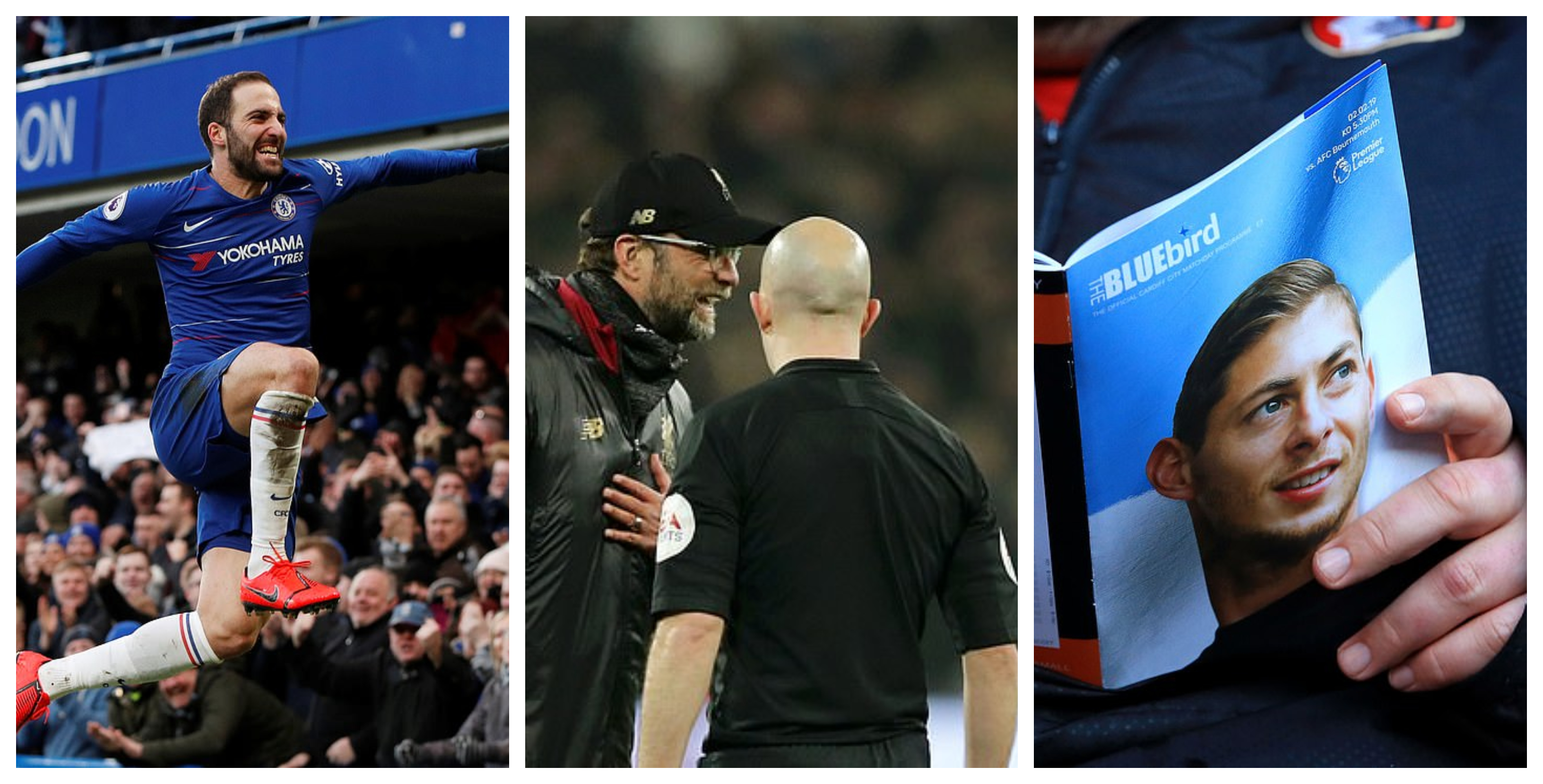 A striker to count on?

Chelsea’s win over Huddersfield on Saturday was not unexpected but the margin of victory, particularly following a humbling midweek loss at Bournemouth, would have relieved many of their fans. Their team can still score goals! Finding the net had become a major issue for the Blues with only ten goals scored in their last ten Premier League games going into the weekend.

[contextly_sidebar id=”aCtufjZQe4Im6J0qKEx8cKe4EfUw3q7K”]For a team with the creative attacking talent of Eden Hazard, Pedro and Willian that was a huge worry. For much of the season, the blame has been laid largely at the feet of the Blues’ two front men, Olivier Giroud and the now Madrid-based Alvaro Morata. The feeling around Stamford Bridge was that a more prolific forward would have made them more competitive in the title race this season.  Instead, Chelsea have been dragged into a battle for a Top 4 place, one which seemed all sewn up a few weeks ago. 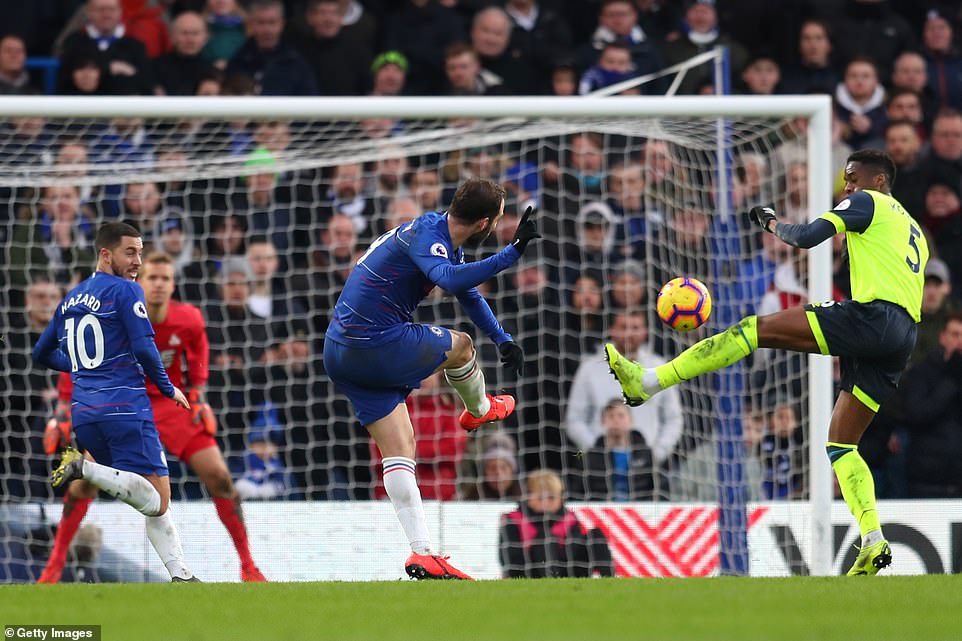 They dipped into the largely uneventful transfer window and signed Gonzalo Higuain from Juventus on loan. His first two games – a win in the FA Cup and the horror show at the Vitality Stadium – were forgettable. However, it was his movement off the ball which convinced fans to stick by their man and he rewarded them, bagging two on his home Premier League debut.

Chelsea finally seem to have found their man but the tough weekend test against Man City will offer greater insight.  It might ‘only be Huddersfield’  but Higuain has been prolific in every league he’s played in. From early indications, the Premier League is next on his hit list.

Liverpool have now dropped four points in their last two games which has seen a seven-point gap at the top of the Premier League cut to just three by Man City. The Reds were average against Leicester and even worse against West Ham. Give credit to the Hammers though, they were brilliant last night and deserved more than the point they came away with. However, when you take into account that a Liverpool team in top form would beat West Ham not matter what effort they put in, Reds fans might have cause to worry. 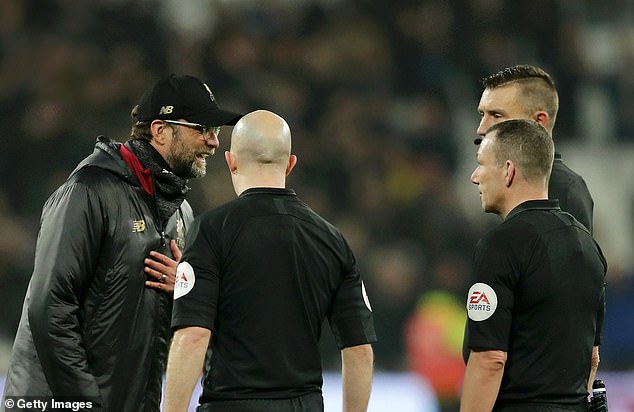 Liverpool are starting to feel the pressure, but for a team that hasn’t won a league title in a really long while (and no Premier League title), this phase was expected. The question is how they react to it. In 2013/14 season they crumbled and ‘bottled’ it, losing the title to City. The Reds have a better team overall now than they had then with a stronger defence, rather than their blistering attack carrying them to the top. 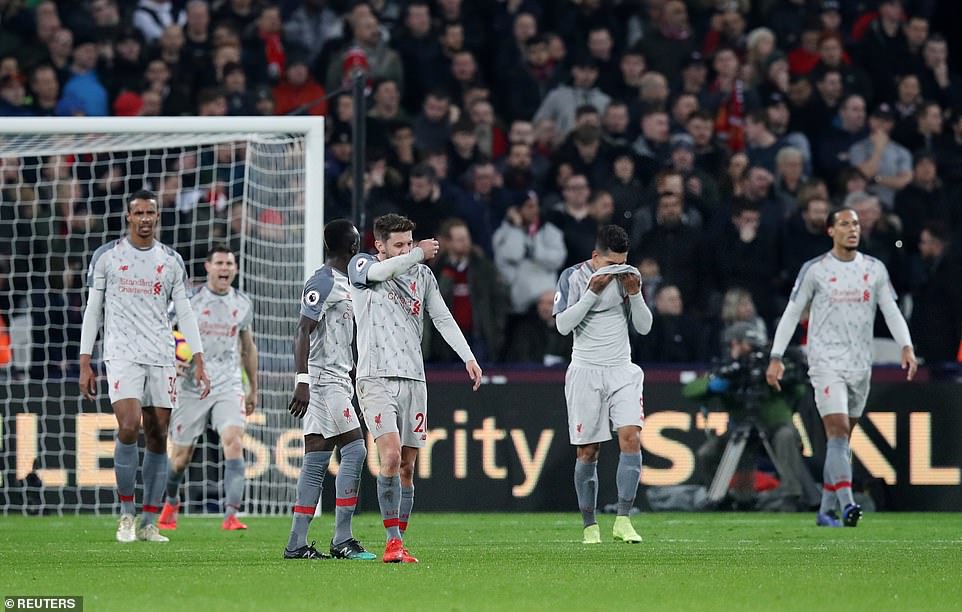 That defence, however, has been battered by injuries – with nine goals conceded in six games – while their famed attack is not as slick as it was a few weeks ago.  Man City have only lost four times in 25 games this season; a pretty decent record. The fact that they are still three points behind Liverpool is a mark of how utterly impressive the Reds have been. Liverpool will hope they can rediscover their form before the new year else the wait for a first Premier League title might have to continue for another year.

The standard of refereeing in the Premier League has been a long-running conversation over the years and this season is no different. A number of really bad calls have been made by the officials and contrary to what fans might want to believe that their club is being targeted, but everyone has had their share of the bad decisions. This weekend saw a few more, at the Etihad for the weekend’s big game and at the London Stadium on Monday. 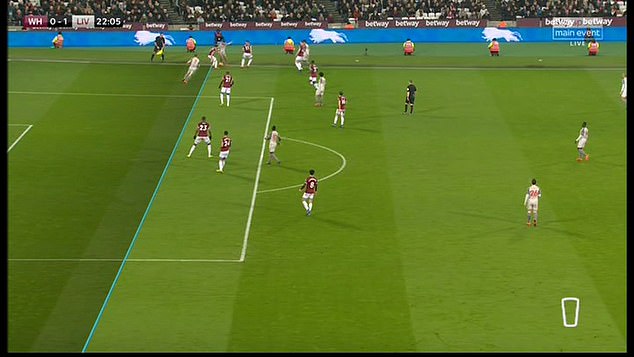 Man City should probably have had a penalty after Mustafi pulled Aguero back in the box, with the score at 1-0. Arsenal were also hard done by for City’s third goal as Sterling’s cutback went in off Aguero’s arm. Liverpool were the beneficiaries of two offside decisions that weren’t given. VAR is being trialled in the English Cup competitions and is set to be introduced in the Premier League from next season. Although a few kinks need to be ironed out, VAR appears to be the best bet for dealing with some of these potentially costly missed calls.

Cardiff have had a difficult last couple of weeks. The Bluebirds may have been in the drop zone, four points from safety heading into the weekend but all that was forgotten as the club reeled from the loss of its new striker. Emiliano Sala’s disappearance has hit the club hard and it’s been a struggle recovering from the constant media coverage and reminders about their loss. 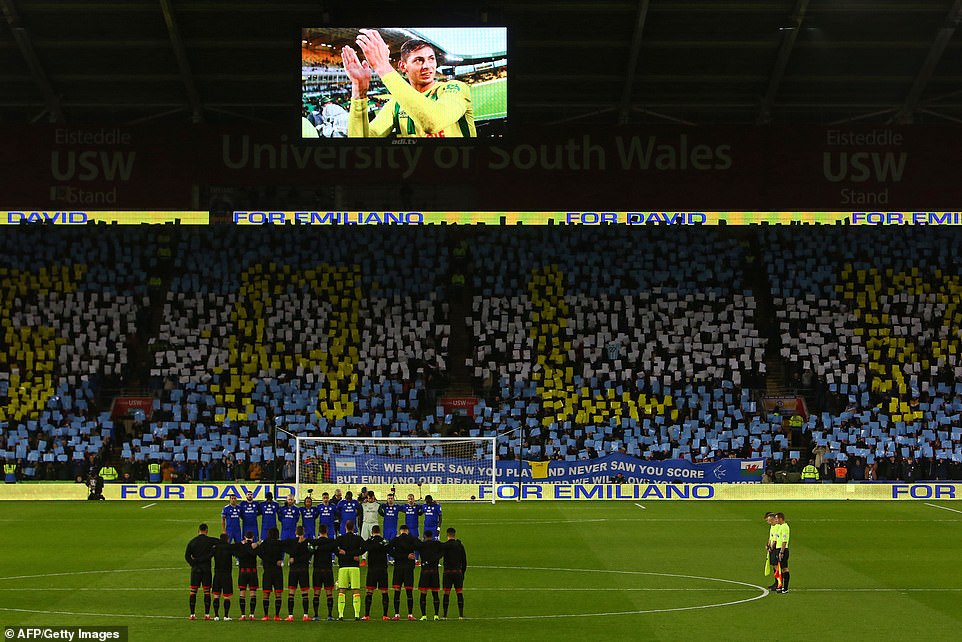 Cardiff City honoured Sala before their game against Bournemouth on Saturday as best as they could in a touching ceremony and capped it off with a great performance, as they kept their survival hopes alive and  paid tribute to a player who never stepped on the pitch for them but has brought so many together. 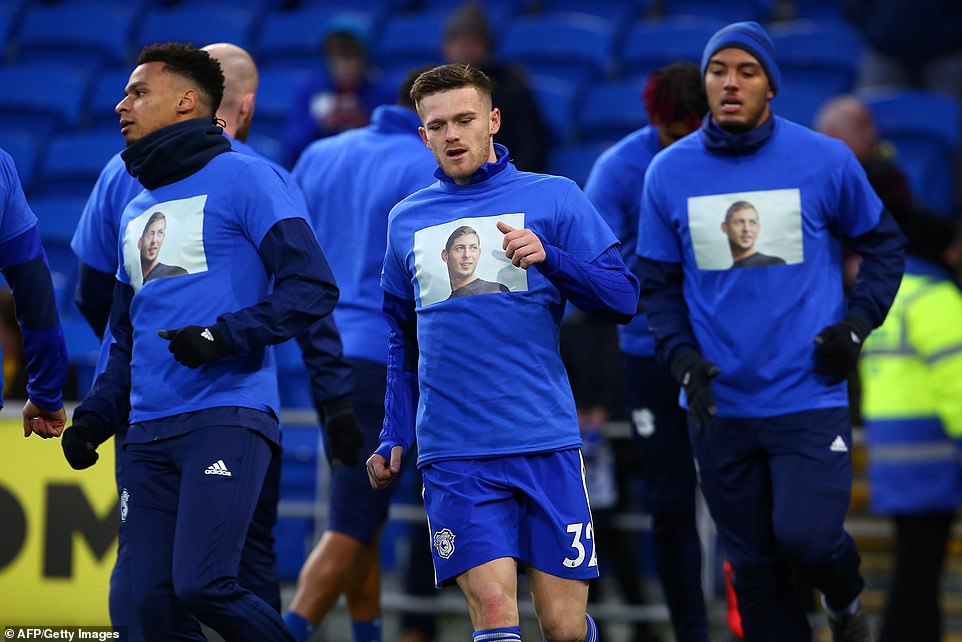 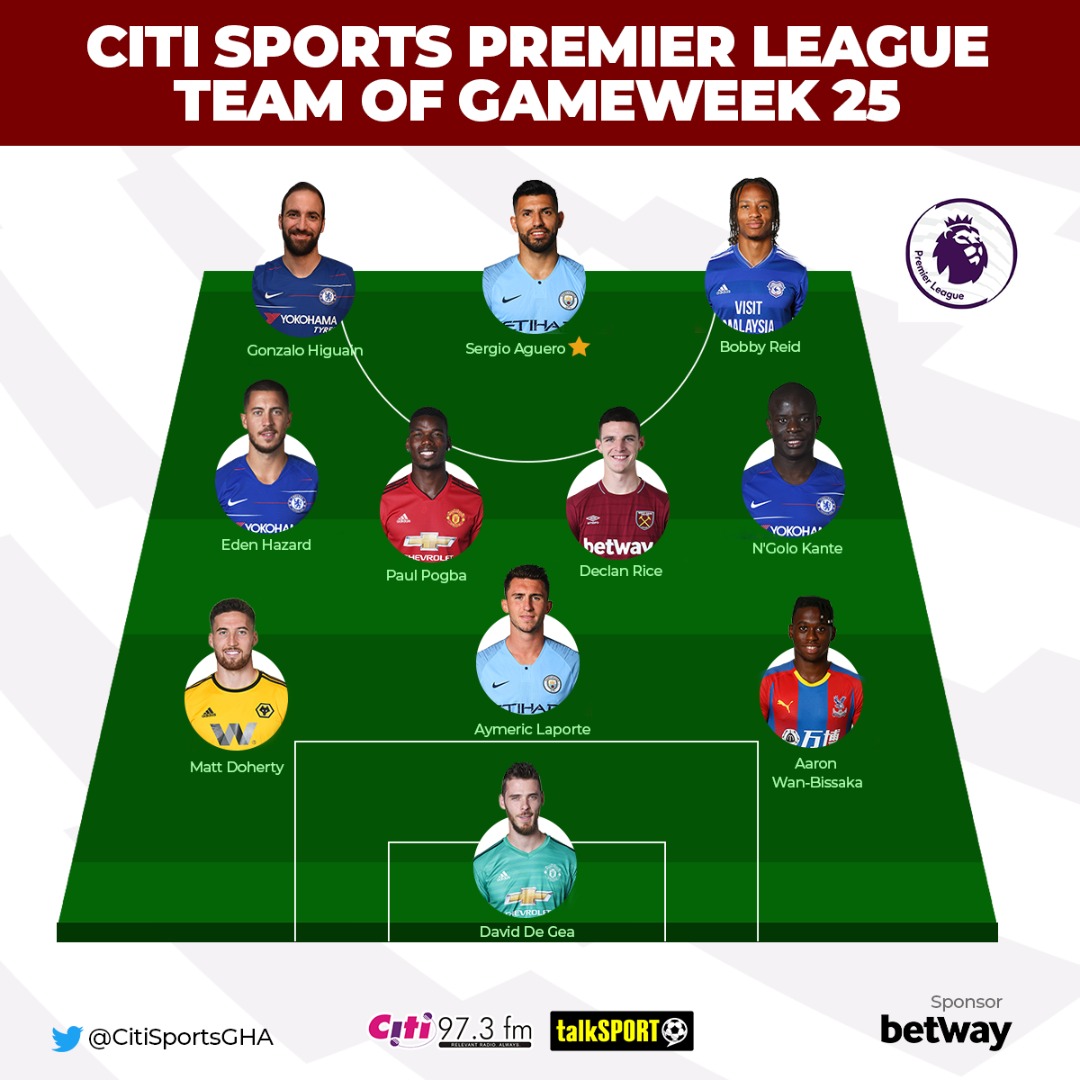 The Premier League is live on Citi FM courtesy Talksport, and is sponsored by Betway.