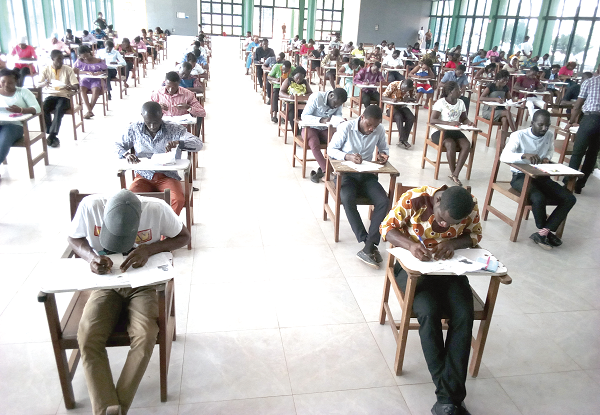 The National Teaching Council (NTC) is expected to organise the second edition of the Teacher Licensure examinations on March 25 and 26, 2019.

The Council says it is expecting about 15, 000 trained teachers to take part in the exam.

This will include those who could not write the maiden exam and over 7,000 teachers who failed in the first exam.

The Trainee Teachers Association of Ghana (TTAG) has blamed the council for the failure, saying it did not prepare adequately.

The Council has however assured that adequate preparations will be made for the second edition but insists the modalities will not change.

The licensure examination was initially resisted fiercely by some teacher unions and a section of the newly trained teachers who threatened to hit the streets in protest.

While the trainees accused the NTC of devising means to deny them employment, the teacher unions described the timetable for the conduct of the examination as “hastily put together”.

However, the NTC strongly dismissed the position of the teacher unions, saying that since 2016, it embarked on sensitisation exercises to educate all stakeholders and the Teacher Trainees Association, Ghana (TTAG) on the examination.

The NTC said it engaged with the vice-chancellors and registrars of the universities, the executives of the University Teachers Association of Ghana (UTAG) and the Conference of Heads of Assisted Secondary Schools (CHASS), the Conference of District Directors of Education, among other, on the examination.

However, after a meeting with the Minister of Education, Dr Matthew Opoku Prempeh, the unions, which initially expressed their reservations about the examination, later rescinded their decision.