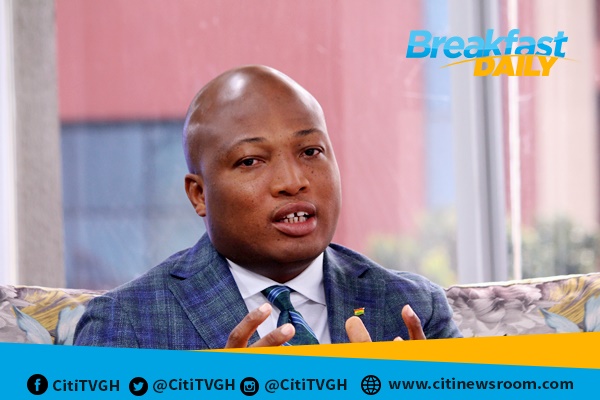 Former Minister of Education, Samuel Okudzeto Ablakwa has dismissed the National Council for Curriculum and Assessment unit’s (NaCCA)  explanation for including J.B Danquah in the new curriculum for basic schools.

He argued that the achievements of former President Kwame Nkrumah are enough for him to be recognized at the early stages of history studies.

Government has received some backlash in the last few days as it is accused of trying to rewrite Ghana’s history for political expediency by centring JB Danquah in the new curriculum for basic schools in the country.

But NaCCA in a statement signed by its incoming Executive Secretary, Dr. Prince H. Armah insisted that government has no interest in skewing Ghana’s political history.

NaCCA insisted that claims that J.B. is being unduly amplified over others are “unfortunate”.

The Member of Parliament for North Tongu who will not agree with these clarifications maintains that the curriculum was obviously skewed towards giving some persons more prominent adding that NACCA is heavily distorting the history of the country.

“It is clear from the curriculum that, we do not have lofty noble objective that will inspire our people and will really tell our story and give us that dignity and pride of place…To say that; if you look at the chronology, Kwame Nkrumah should only appear after independence is wrong and a distortion of history. Why should we keep doing this to ourselves?” he quizzed.

“Kwame Nkrumah is the man of the millennium not even a decade or a century.  These matters are settled. Let us stop this distortion of history which we saw in the holiday amendment law, which we are seeing in the renaming of national edifices and universities, it will not help us. Let us seek to unite and inspire the younger generation because of the great history that we have.”

JB Danquah was a Ghanaian statesman, pan-Africanist, scholar, lawyer, historian and one of the founding fathers of Ghana.

He played a significant role in pre- and post-colonial Ghana.

Already President Nana Akufo-Akufo and the NPP government have been accused of trying re-write the history of Ghana after claiming that Ghana’s first President, Kwame Nkrumah was not the founder of the country.

As a result, a section of the new curriculum which highlights the works of JB Danquah in 1945 is raising more eyebrows.

But the curriculum designers have said that the history curriculum will highlight further details on the independence and post-independence political activities where Dr. Kwame Nkrumah and other political leaders and regimes feature more prominently at the JHS and SHS levels.

NaCCA had indicated that the technical works were developed by prominent historians who executed their duties without any form of political allegiance insisting that claims that  Dr. Kwame Nkrumah had been sidelined in the new curriculum are misleading.

“When we were developing the Curriculum, we worked as technical people. We will make the list of the history developers available very soon so that people can check their background to see where they are coming from. We didn’t select people on the basis of political colorization. They were selected based on their competencies as historians in our country,” the incoming Executive Secretary at NaCCA, Dr. Prince Armah said on The Point of View.

“History is chronological and periodical in nature. The period covered in the history curriculum at the primary level focuses mainly on the pre-independent events that formed the basis for the later development of political activities which contributed to the independence of Ghana. At this stage Dr. J. B. Danquah played a prominent role. It is therefore important for our young learners to appreciate the chronology of the events of our political history,” NaCCA explained.