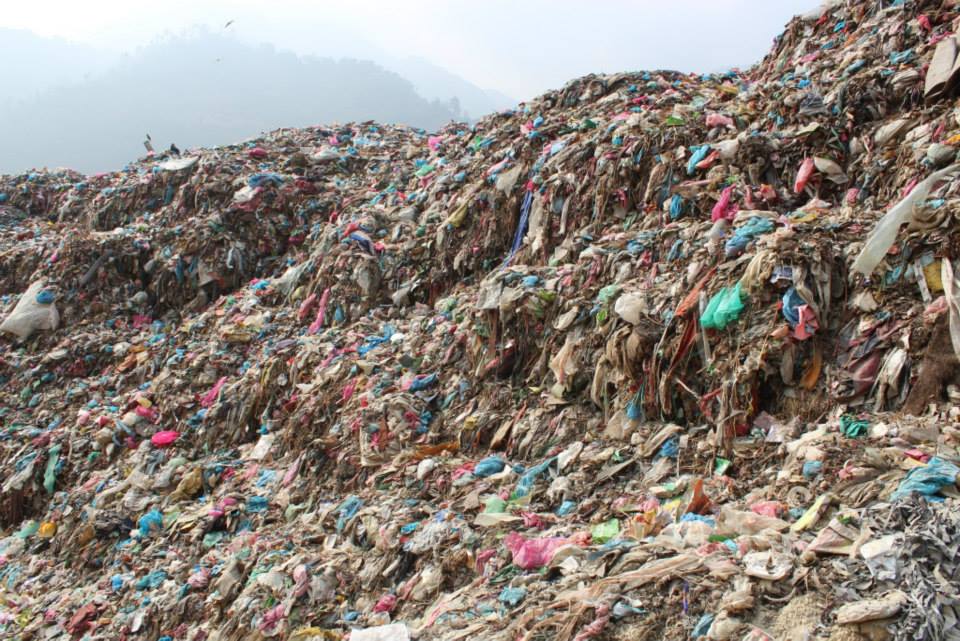 The Kpone landfill site has exceeded its available capacity and is currently struggling to accept additional refuse from waste management companies.

There may be a waste management crisis in the capital, Accra if nothing is done by city authorities to forestall such a situation.

[contextly_sidebar id=”1BzvOpH76cVU0Qi8bMaOh6UEEJEiqwYt”]“The [Kpone] landfill was designed to receive 500 metric tonnes of waste in a day and we receive more than that in a day,” the Tema Metropolitan Assembly’s representative at the Kpone Landfill Site, Ernest Lanson, said on the Citi Breakfast Show on Tuesday.

He made the remark on the back of complaints by some management companies that their tracks had been prevented from offloading waste at the Kpone landfill site.

The Kpone Landfill Site’s struggles come amid reports that the Nsumia Landfill is also turning away refuse trucks over technical challenges.

The Greater Accra Regional Minister, Ishmael Ashitey, had already noted that the limited waste disposal sites in the capital is hampering government’s agenda of making Accra the cleanest city in Africa by 2020.

The site at Kpone receives 150 to 250 trucks a day. Managers of the site are yet to undertake phase two of the project to enable the facility to take up more waste.

With the second phase, the project, which started in 2009, was to last 12 years, according to Mr. Lanson.

He explained that a lack of efficiency has contributed to the site’s current woes.

“We haven’t done enough and [with regards to] efficient compaction alongside… It has made the vertical space challenged. So now we are having to do more vertical disposal.”

The compaction problems have also made accessing the site a problem as “cars are not able to drive on the waste so they get stuck easily.”

These issues mean that by September [2019], the challenges will worsen even further than now because it may have an adverse effect on the environment, Mr. Lanson said.

“If the waste still comes in high volumes, probably by June or September [2019], there will be higher challenges of cars even climbing and it is not only about the cars.  As we dump above a certain height, the emission of the gases will also have direct interference with the ozone which is going to create problems so some of these things have to be reconsidered.”

As an alternative, he suggested that additional cells should be constructed “so that we can decommission the challenged facility now and move to the new cells.”

The Ministry for Sanitation and Water Resources in October 2018 announced that the landfill site will be rehabilitated to enable it to handle more waste.

But no timelines were given.