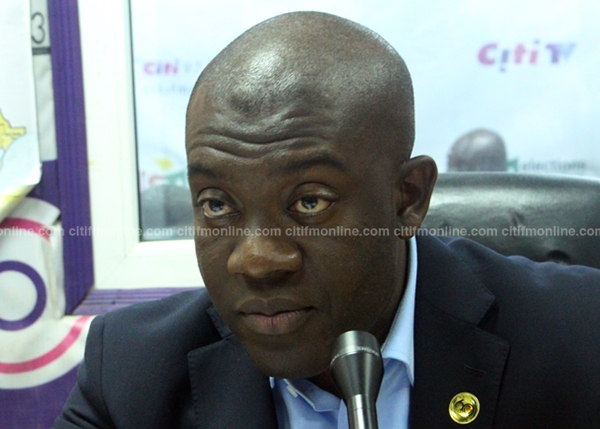 The Minister for Information, Kojo Oppong Nkrumah, has described concerns from the Minority over the absence of a value for money audit for the $2 billion Sinohydro deal as disingenuous.

“Value for money is not a prerequisite for parliamentary approval,” the Minister countered on the Citi Breakfast Show.

[contextly_sidebar id=”r8EfmymZtm701wlGTE9nKiIAldFPNDq3”]“What Parliament considers are the financial terms and the technical specifications are also made available to the sector-specific committee,” said Mr. Oppong Nkrumah.

The Minister also said there “there is a value for money report as we speak”, he said in response to the claims by the Ranking Member on Parliament’s Road and Transport Committee, Kwami Agbodza.

Kwami Agbodza claimed that the Vice President, Dr. Mahamudu Bawumia, was preventing technical officers from coming up with a value for money audit on the Sinohydro deal.

“There are times when Parliament will say go ahead with this but share with us the value for money eventually when it is done,” Mr. Oppong Nkrumah added.

According to him, the value for money audit addresses issues of risk and prescribes ways of dealing with them.

Kwami Agbodza also complained that no legal opinion was sought on the deal.

But Mr. Oppong Nkrumah again reminded that seeking legal opinion was not a prerequisite for passage by Parliament.

“It is not a standard practice that the AG has to furnish written opinion to parliament anytime parliament is considering an agreement of this nature.”

“I am surprised that if indeed there was the need for it by the committee, I would have expected that they would have requested the attorney general to make that opinion available,” he added.

The first phase of the project, costing $646.6 million begins with the Tamale Interchange project.

Road infrastructure in Ghana will benefit from $1.5 billion of the funds guaranteed by the deal.

Other roads for the first phase have been agreed upon, according to the Minister.

The Master Project Support was agreed between Ghana and China in 2018 to address major infrastructure challenges in the country.

Some of the projects are the construction of roads, bridges, interchanges, hospitals, public housing, among other projects.