Churches must beef up security over terrorism threat – Analyst 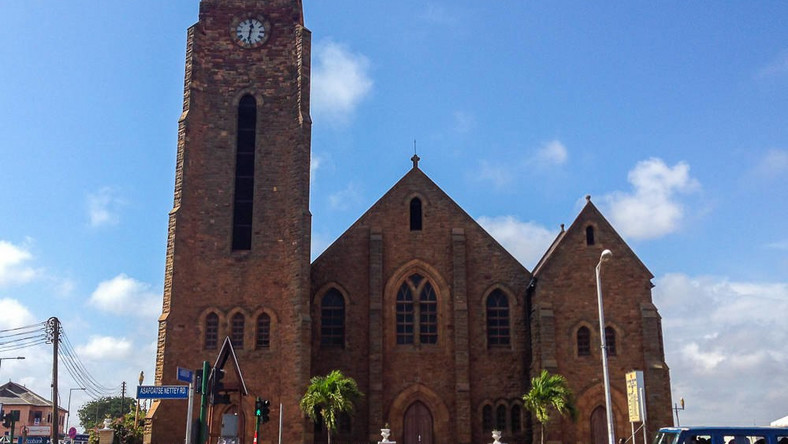 A Security Analyst with the Kofi Annan International Peacekeeping Centre, Dr. Fiifi Adu-Afful, has urged the clergy to step up security in churches and other worship centres over possible terrorist attacks.

According to him, the current trend of attacks by extremists that have affected neighbouring countries like Cote D’ Ivoire, Burkina Faso, Mali among others, is a strong signal that Ghana is a likely target.

There have been security alerts of impending terrorist attacks targeted at churches and other places of worship.

Dr. Adu-Afful said it is important for the country to be alert and take precautionary measures to avert such attacks.

Speaking at a Centenary Symposium organized by the Ernest Bruce Memorial Methodist Church in Accra as part of activities marking hundred years of the church’s existence, he said tools such as CCTVs with persons hired to monitor them must be deployed.

“The Church has now come under attack. The fact of the matter is that, these guys have attacked almost all the national installations. They’ve attacked police stations, mosques, public places and now the church is the closest place for them to attack. If you look at the nature of the attacks and the methodology that they are using, it is quite worrying and all of us have to beef up our security in dealing with the issue of terrorism.”

“The days where our security at the church was only provided by the watchman have to change. Using of CCTV, not just having the camera in place but having people to monitor it.”

Meanwhile, security agencies in the country are said to be meeting with the leadership of the Christian community to discuss how to enhance security at the various churches in the wake of the terrorist threat alert on the country.

In one of the attacks on Sunday, a gunman killed a Catholic priest and five parishioners.