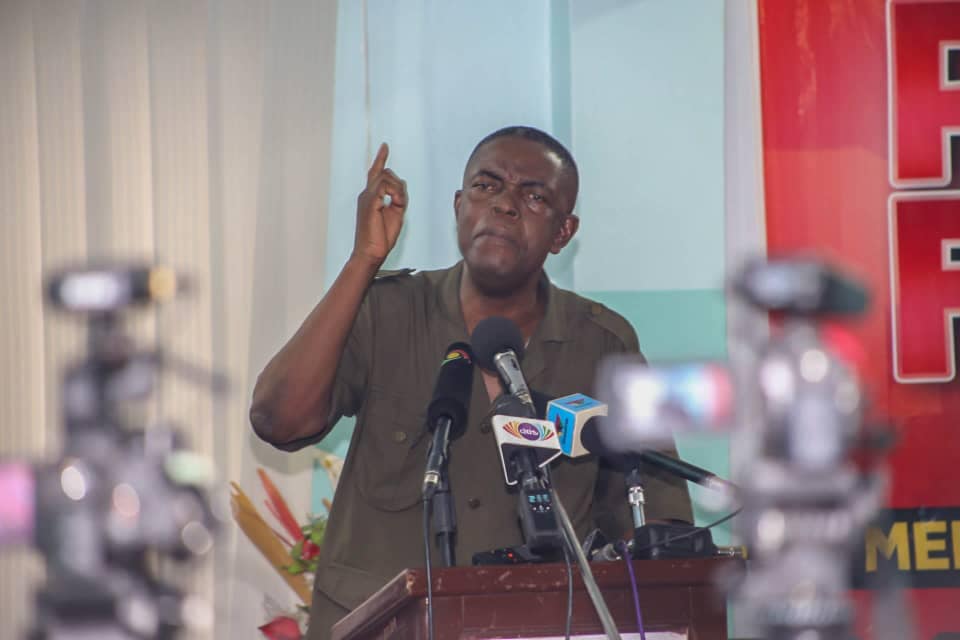 The Managing Editor of the Insight Newspaper, Kwesi Pratt Jnr. has called for the revocation of the law that empowers the National Communications Authority (NCA) to shut down electronic media stations.

The veteran journalist argues that the law violates the constitution, which prohibits the use of license as a requirement to own and manage a radio station.

Speaking at a forum organized by a group known as the Free Media Vanguard, Mr. Pratt Jnr. said the NCA has no right to close down radio stations for non-renewal of licenses.

“We will do everything possible not just to ensure the restoration of so-called authorization of radio stations but also to ensure that the NCA law is repealed and replaced by a more just law because the NCA law itself is an affront to the provisions of the 1992 constitution.”

“Honourable Nana Oye was talking about Chapter 12 of the Constitution Article 165. It is clear, it says no medium of mass communication needs a license to operate.”

The NCA has so far shut down about seven radio stations across the country.

Aside Mr. Pratt, other institutions including the GJA have criticized the shutdown.

The Ghana Journalists Association (GJA) has asked the NCA to publish the authorization status of all radio stations in the country.

The GJA also urged the NCA to reverse the action and give the stations time to make amends.

In response to concerns raised, the government has denied claims that the shutdown of the two stations was politically motivated.

Minister for Information, Kojo Oppong Nkrumah said the shutdown was to cover all users of the electronic spectrum who are operating without the right authorisation.

“I am very sure some persons would speculate that this exercise appears to be an action against the two radio stations that may appear to be unaligned to the current administration. But the brief I have is that this exercise cuts across various user of spectrums who have been cautioned that they had been operating without authorization for some years now. And this exercise has been going on for a year now,” he explained.