Banning plastics will not be in Ghana’s interest – Gov’t 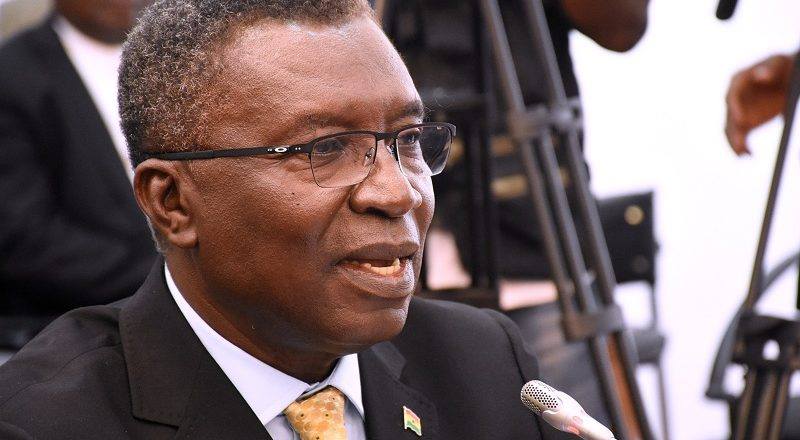 The government may not ban the use of plastics in Ghana anytime soon as the Minister Environment, Science and Technology has said a ban will not be in the country’s best interest.

This shockingly comes amidst calls from various stakeholders including citizens on the government to ban plastics to reduce plastic waste and also as a way of tackling the waste generated.

But, Environment Science Technology and Innovation Minister, Prof. Kwabena Frimpong Boateng who disclosed this said, although it is crystal clear that plastics pose a major environmental threat, a ban wouldn’t be prudent because Ghanaians heavily depend on it.

He said he has submitted a plastic policy draft to Parliament for approval.

“Years ago, we were under pressure to ban plastics in Ghana because certain countries in Africa had banned plastics. We think that we should be careful about how we go about it. In banning plastics, we think that a wholesale ban will not be in the interest of Ghana because plastics are used everywhere. So I don’t think it will be prudent for Ghana to at this particular time ban something like sachet water because a lot of people depend on it. Plastics are not bad therefore we should learn how to manage plastics. When we do that, it will be a good thing for us. So, let’s look at the life cycle of plastics before we take a decision.”

“So we have drafted a very important plastic policy which is not cast in iron. The policy has two components. We have a resource secretariat which will be run by people from my ministry and the sanitation and local government ministries and the private sector in plastic manufacturers and users. They will make sure that at every point in time everything will be monitored for steps to be taken”, he added.

The Minister also hinted that the government will soon introduce a plastic levy as a measure of reducing the amount of plastic while generating income for the government.

“The Government has now set up the plastic levy. An account has been opened at the Bank of Ghana. With this, people who use plastics  will  be levied and that small amount of money will be deposited in this account so that it can be used for want we want to do such as plastic recycling.”

Kenya and Tanzania are among 60 other countries that have banned or partially banned single-use plastic bags.

They have also made a formal commitment to phase out single-use non-biodegradable plastics.

The non-biodegradable plastics have been identified by the United Nations as one of the world’s biggest environmental challenges.

Of the 9 billion tonnes of plastic the world has produced, only 9 percent has been recycled, the UN has estimated.