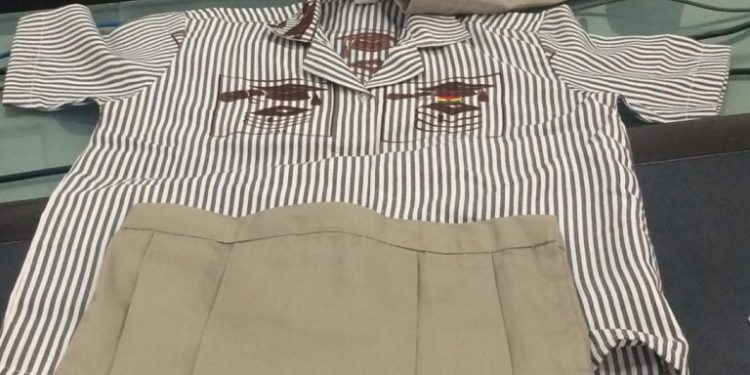 The Ghana Education Service has cautioned against sacking students who do not have the new uniform it introduced for Junior High School students.

The Director-General of the GES, Professor Kwasi Opoku Amankwa in an interaction with the media said since the uniform will be phased out in three years, there shouldn’t be instances of students being sent home for not having it.

“The school uniforms for JHS as we announced the last time, comes in September and we hope that they will be on the market for parents to procure, and I believe that…these uniforms are on the market for people to procure. We have also indicated that we are phasing it out in 3 years and when we meet with our regional directors, we are going to discuss that because of the [phasing out] we would not want a situation where students will be sacked out of class because they have not purchased the new school uniforms,” he said.

The GES announced the introduction of new uniforms in April 2019.

The change of the school uniform forms part of reforms in the educational sector including the introduction of a new basic school curriculum.

The existing uniform was introduced more than 30 years ago by the government.

Recently, the issue of the introduction of the uniform was heightened in the media following claims by local textile manufacturers that the uniforms were being imported by the government and should be locally made.

But the Management of the Ghana Education Service (GES) debunked the claim saying that it had not given any such contract to anyone.

“The GES wishes to state that it has not imported, neither has it contracted any individual, locally or internationally to bring in new uniforms for the JHS,” a statement from the GES clarified.