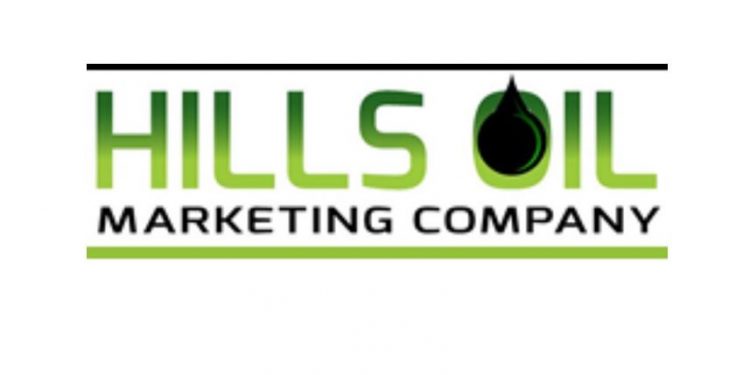 Hills Oil Marketing Company, one of the oil marketing companies cited in the Auditor General’s report for tax irregularities, has refuted such claims made against it.

“Our review of petroleum products lifted at TOR between November 2016 and November 2017 showed that 10 OMCs defaulted in the payment of excise duties, taxes and levies amounting to GH¢33,675,044. Similarly, we noted that 11 OMCs delayed in paying duties on products lifted for periods ranging between one and nine months which also attracted a penalty/interest totalling GH¢783,178,” the Auditor General’s report stated.

With regards to Hills Oil Marketing Company, the report indicated that the company did not pay, to the Ghana Revenue Authority, an amount of GHS 64,024.80 in the form of taxes and levies for lifting fuel from TOR within the stated period.

The report also accused the company of failing to pay an amount of GHS13,809.70 to the Ghana Revenue Authority as penalty for delayed payment of excise duties.

But Hills Oil Marketing Compay in a statement rejected the claims.

“Hills oil wants to place on record that penalty/interest on delayed payment of excise duties amounting to GHS13,809.70 on petroleum products lifted has been paid. A simple post-audit examination would have confirmed this. In order that we can resolve this matter expeditiously, Hills Oil Company has provided the Customs Division of the Ghana Revenue Authority and the Auditor General’s Department with all supporting documents attesting to full payment of its excise duties, taxes and levies on petroleum products lifted at the Tema Oil Refinery,” the company added in the statement.

In a related development, Telenergy, one of the companies also cited in the Auditor General’s report refuted claims made against it.

The report claimed that Telenergy defaulted in the payment of taxes and other levies, after lifting fuel from Tema Oil Refinery, to the tune of GHc1,303,540.00.

But the company claimed that every tax amount has been paid hence it is tax compliant.

Below is the full statement from Hills Oil: 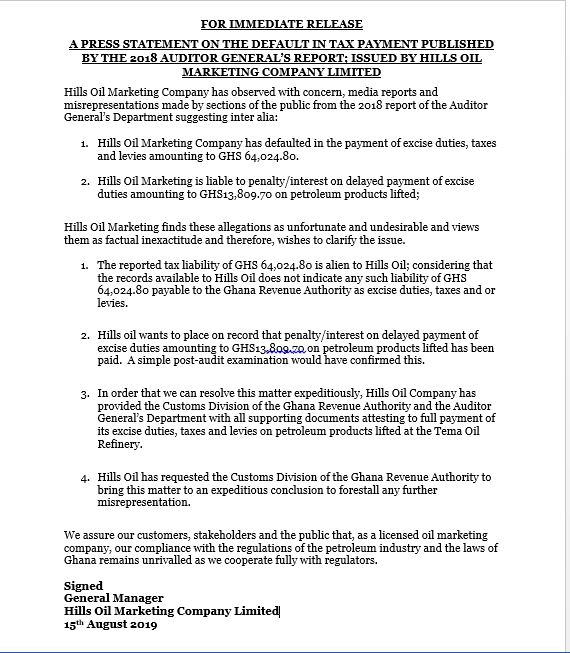 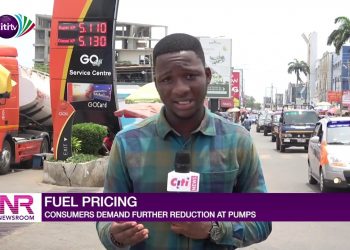