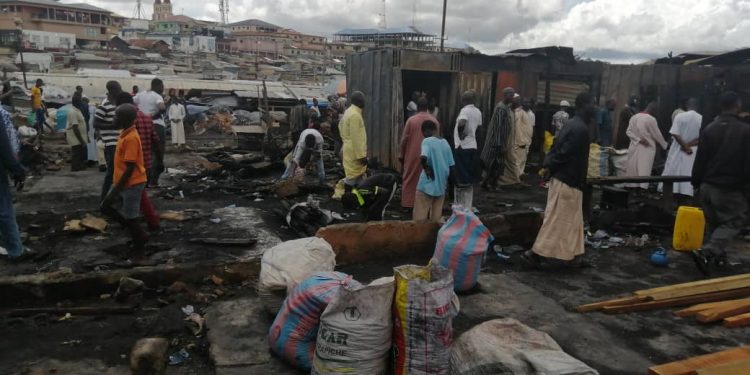 A dawn fire has swept through about 54 shops at the French Line section of the Kumasi Central Market, destroying properties worth thousands of Ghana cedis.

According to some victims, the fire started at about 2am on Sunday from one of the container shops and spread to other structures. 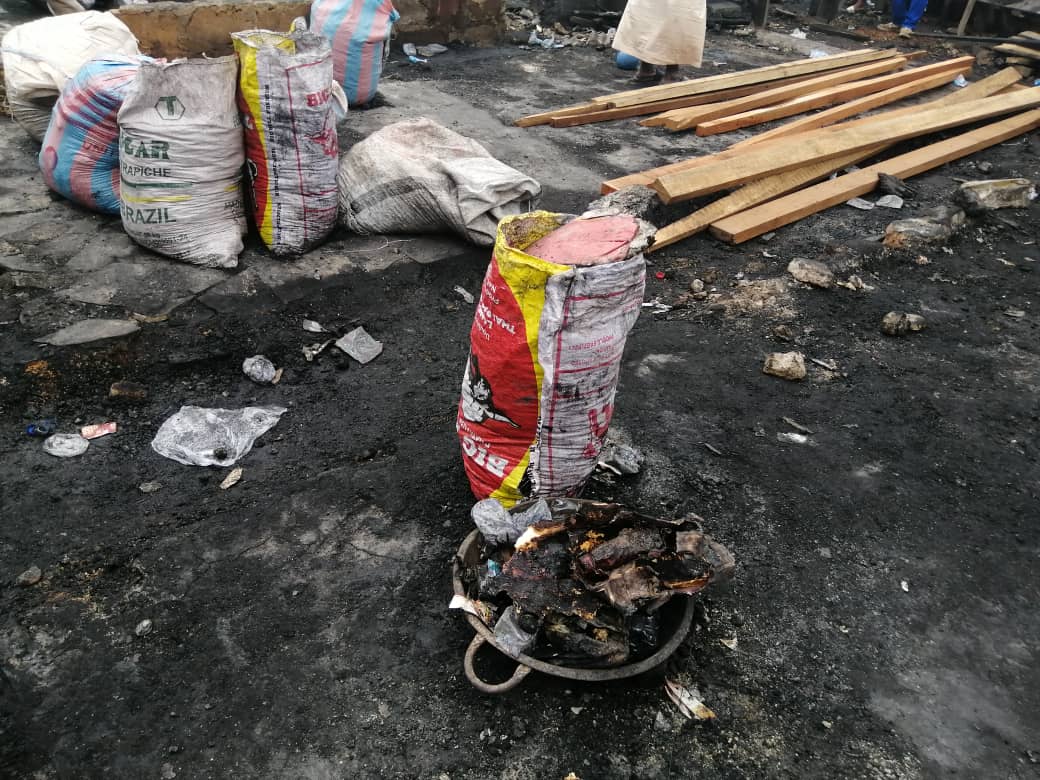 Items including empty sacks, cosmetic products as well as food ingredients were burnt in the fire.

Although the official cause of the fire is not yet known, affected shop owners are pointing to an electrical fault.

Firefighters were said to have had a hard time dousing the fire as they struggled to get access through the congested marketplace. 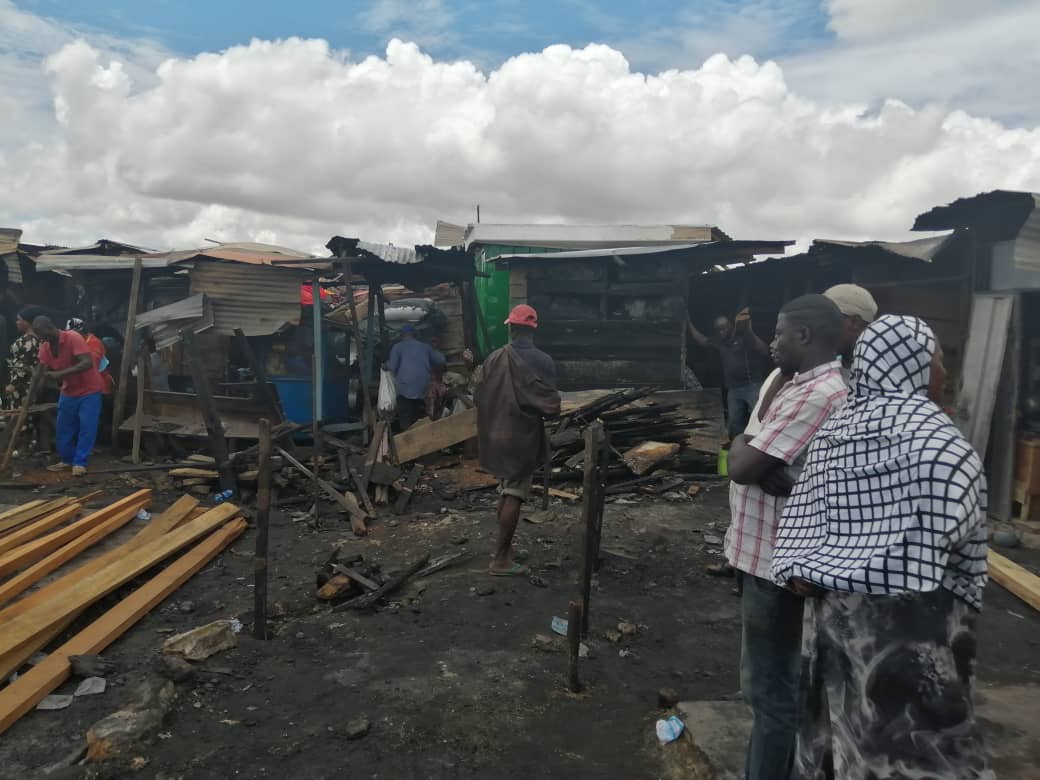 Some affected shop owners have already begun rebuilding their structures.

Some of the victims spoke to Citi News.

“I sell empty sacks. As at when we heard of the news and got to the grounds, the fire was really serious. We weren’t allowed to go close because of how dangerous it was. By the time they quenched the fire, our shops had been burnt to ashes. We are appealing to government to support us financially to rebuild our shops,” a gentleman said.

“I was called around 1:30 am to rush to the market because my shop was on fire. This is the first time the market had caught fire for the fifteen years that I’ve been working here. We can’t really tell what the cause is. I sell drinks and water. I had three fridges in there and one costs about GHc2,000,” another lady lamented. 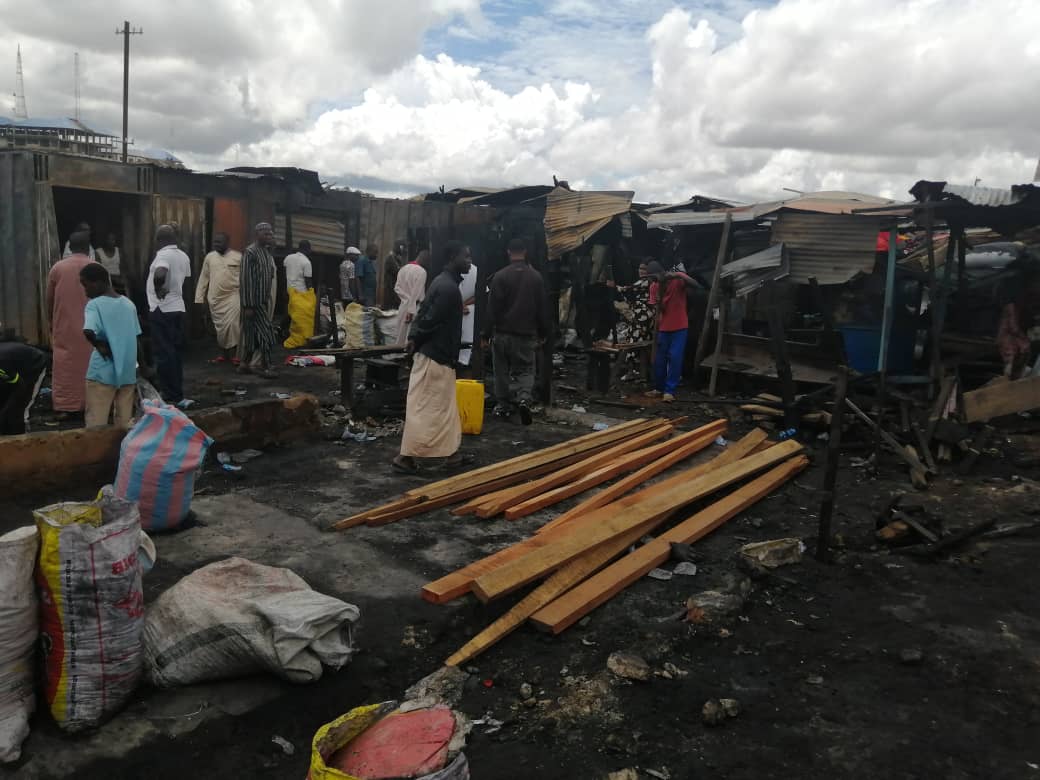 Meanwhile, officials of the National Disaster Management Organization, NADMO have said they will collaborate with the fire officers to ascertain the exact cause of the fire.

Roland Oduro who is in charge of operations at the Manhyia South sub-metro for NADMO said: “we gathered about 54 shops were destroyed by this fire. It’s really bad that this thing has to happen at this time of the year. Per our investigations, we have two different causes. Some are saying power fluctuation; others are saying faulty metres. But we’ll collaborate with the Fire Service and get to know the real cause of the disaster.”